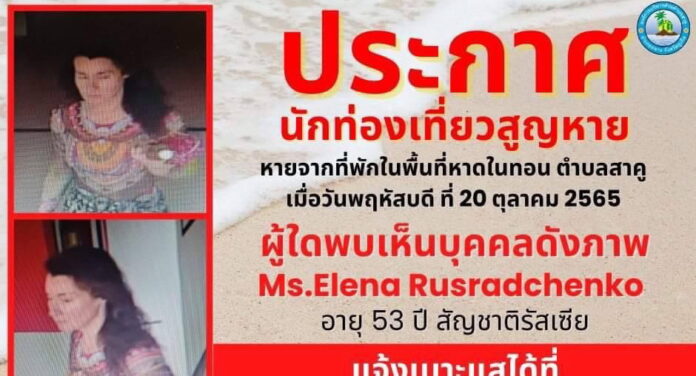 A 53-year-old female Russian tourist has gone missing from a hotel in the Thalang district. 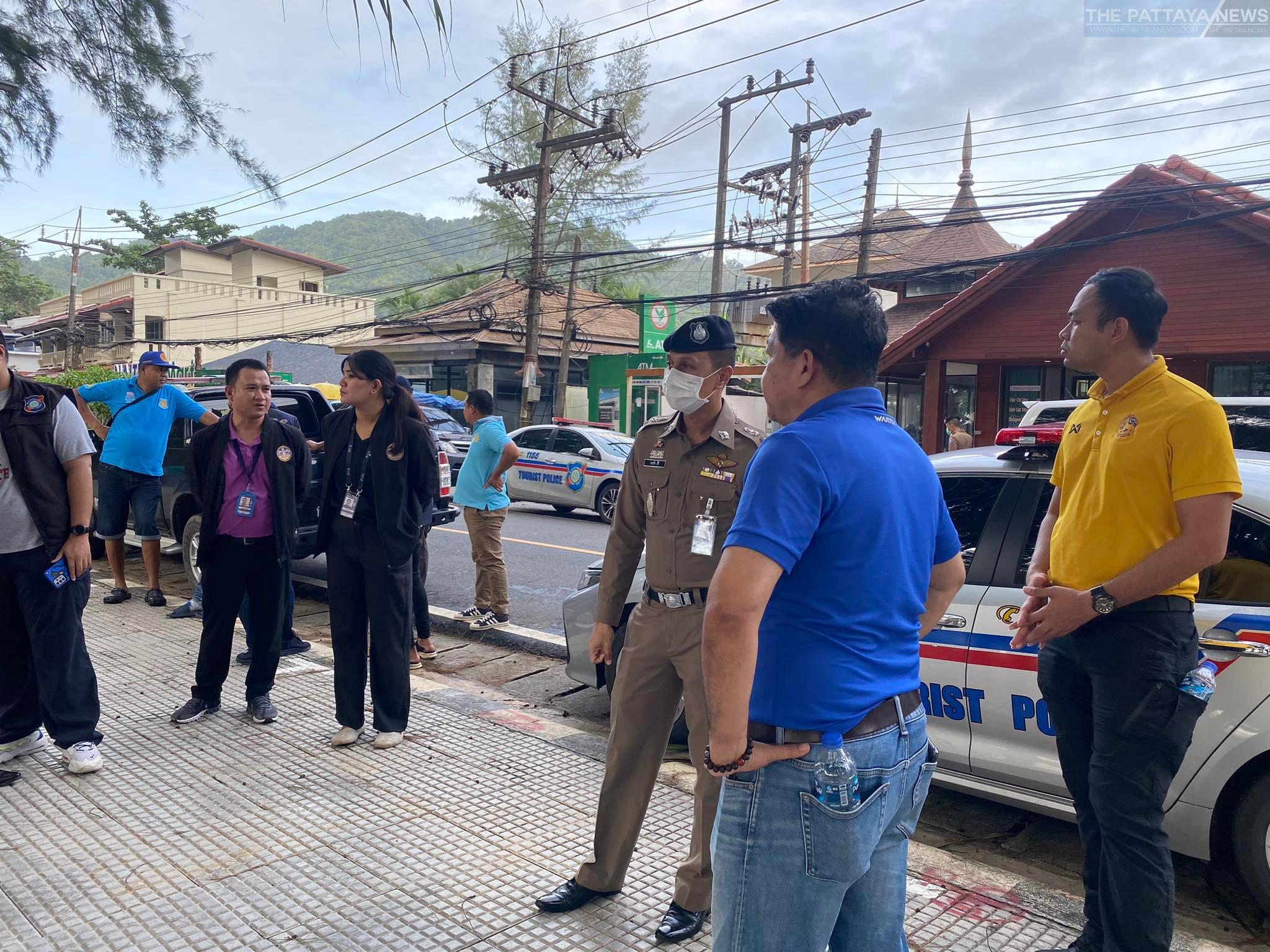 Police were notified yesterday (October 21st) that Ms. Elena Rusradchenko, 53, a Russian national who has known memory issues has gone missing from a hotel near the Nai Thon Beach in the Sakoo sub-district since Thursday night (October 20th). A search was launched by the Sakoo Police, the Phuket Tourist Police, and others since yesterday on both land and in the sea. So far, however, there is no sign of her. 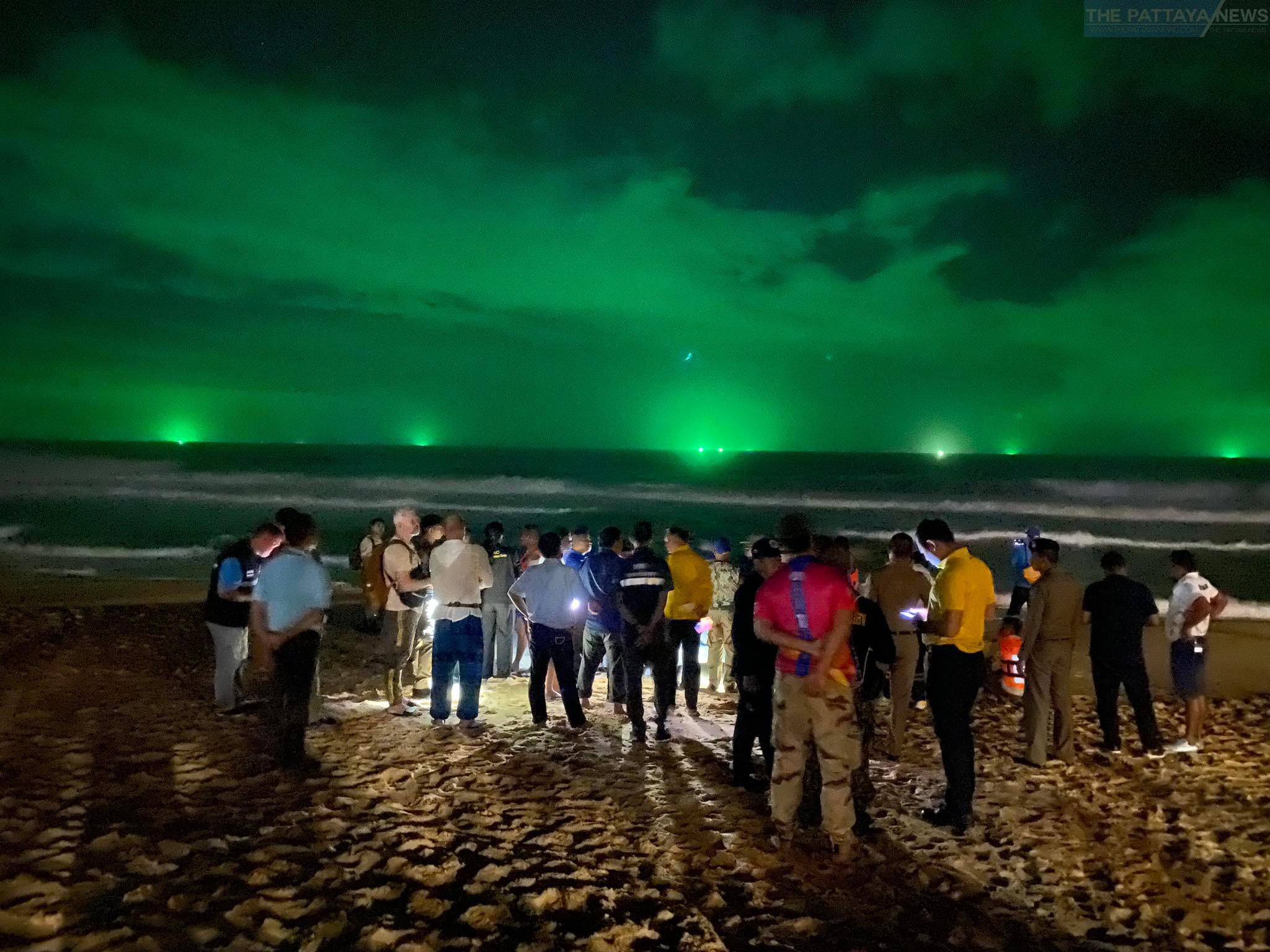 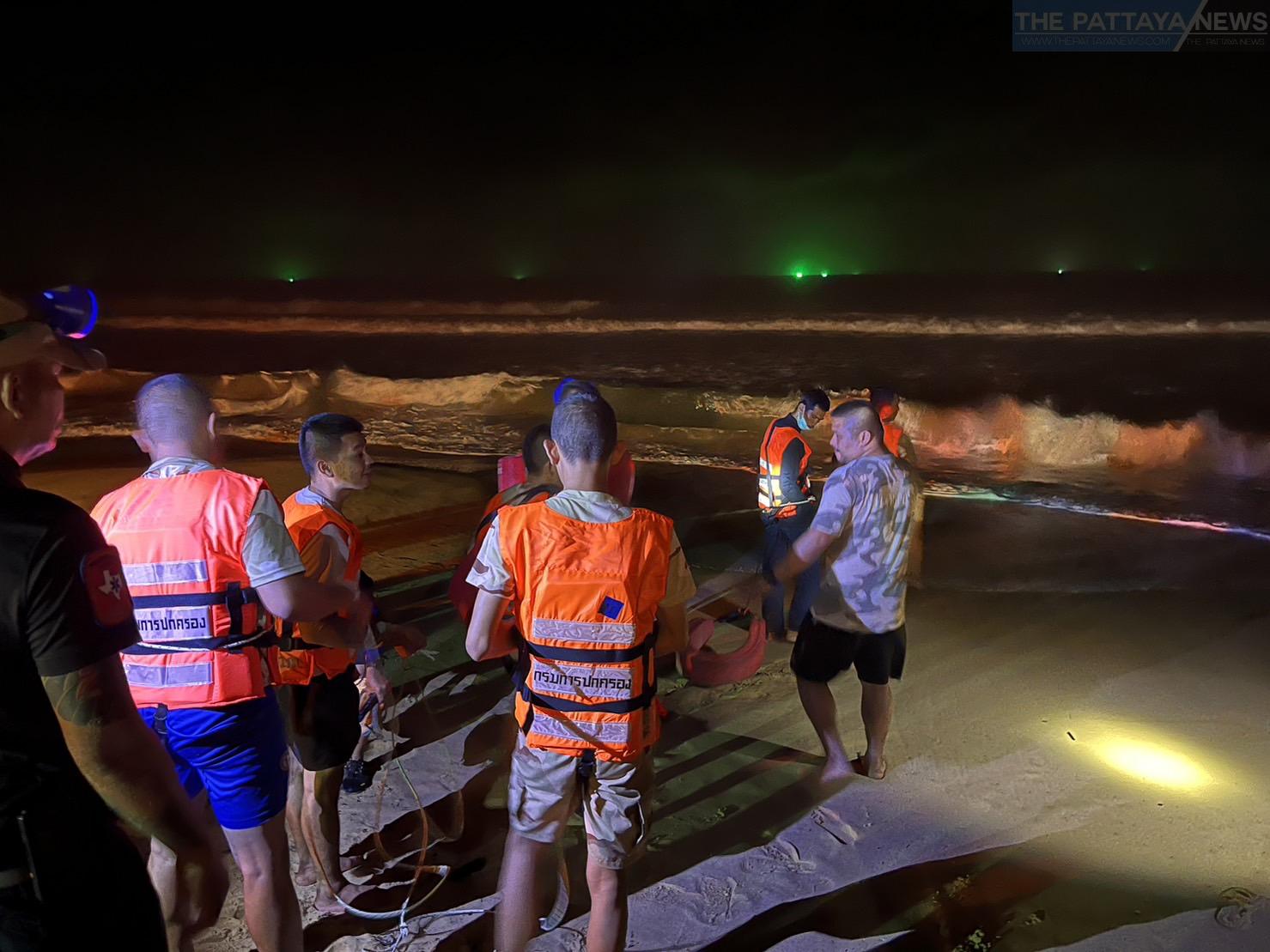 Anyone who sees her or has information please contact the numbers below: 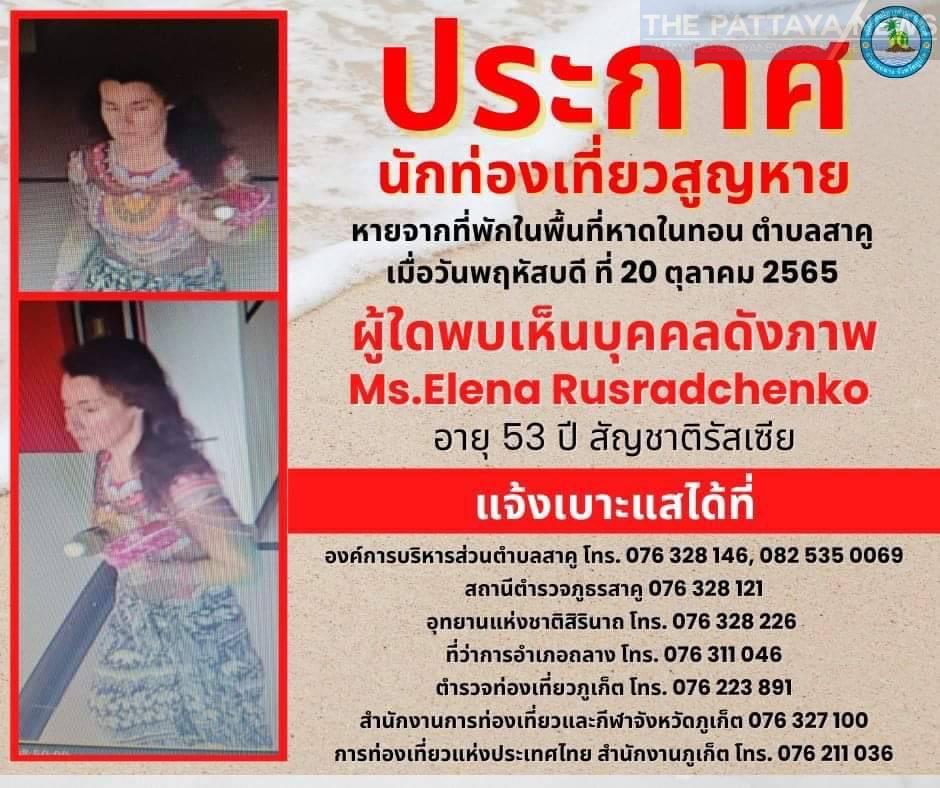 The original version of this article appeared on our sister website, The TPN National, owned by our parent company TPN media.