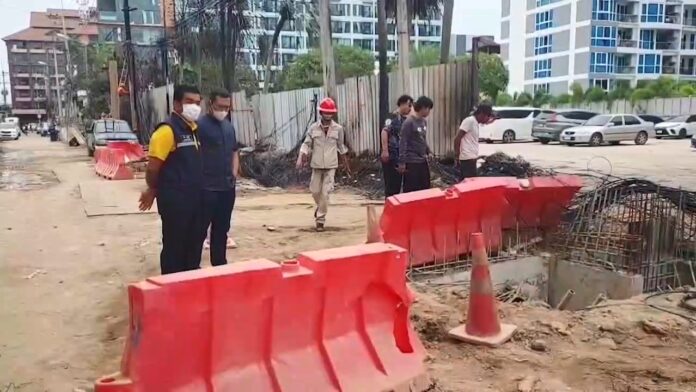 Pattaya deputy mayor Manote Nongyai inspected the fire scene on Soi Buakhao 15 after communication wires caught fire on October 19th, saying the completion of the drainage system construction project has been delayed to at least the next Songkran Day in April 2023. 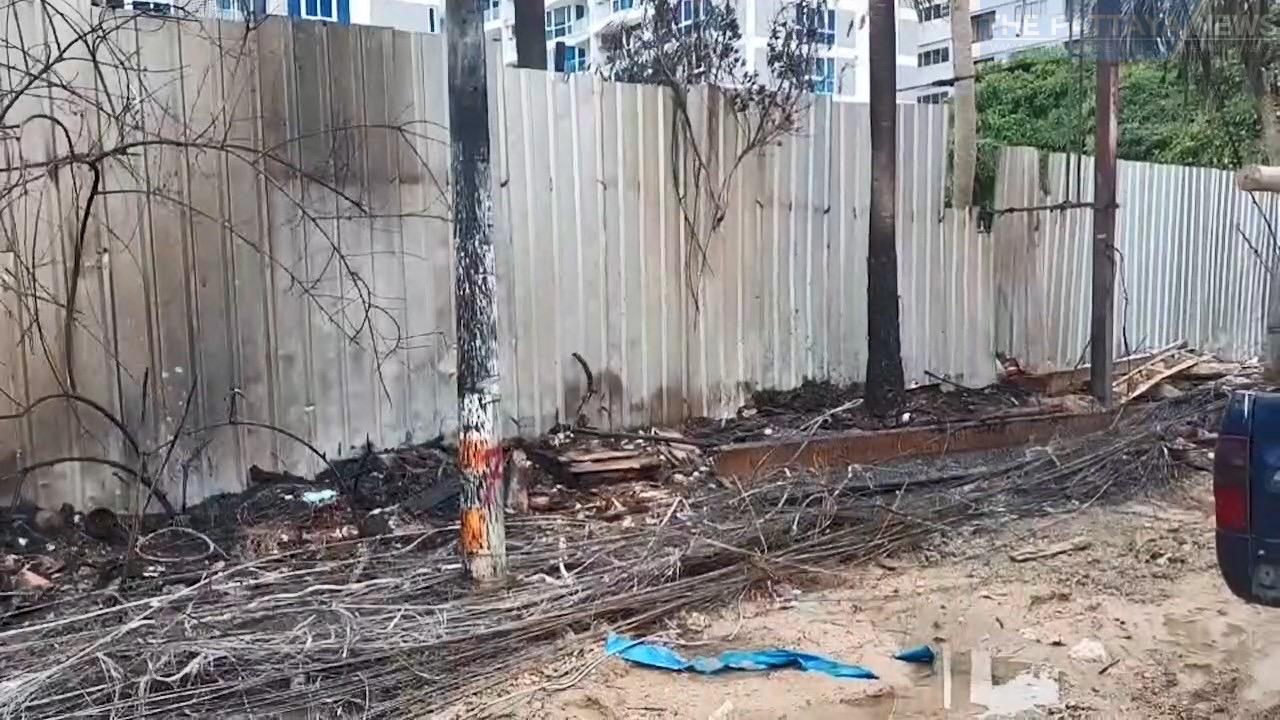 The fire on Soi Buakhao 15 this past Wednesday erupted after an excavator that was working on a construction project got its arm entangled with overhead wires.

After the accident, Manote and a team of city engineers inspected the scene yesterday, October 20th, to evaluate the damage, brainstorm for a solution, and give an update on the completion of the construction project. Manote told The Pattaya News, “The work is progressing very slowly on Soi Buakhao 15 because of the geographical issues. This area is also very crowded, so the road cannot be fully closed to facilitate the work.” In addition, the deputy admitted that the roadwork’s completion, which was initially set for this month, had to be pushed back to next March or April 2023 significantly due to a shortage of workers during the COVID-19 pandemic and recent construction issues. The whole project was 70% complete, the deputy assessed.

The owners of the five cars that were damaged by the fire would be compensated by Pattaya City, Manote assured.