This follows Srisuwan’s complaints against Udom Taephanich, saying that a part of his talk show seemed to support illegal gatherings and encourage people to join protests. The act, according to his statement, could affect the political stability and trigger the disruption of the country’s peace and order.

While Srisuwan was giving an interview to the press, the attacker, who was later identified as Weerawit Rungrurngsiriphon, 62, aggressively approached him. Reporters also captured the moment when the man started punching and kicking the activist in front of the TCSD office. 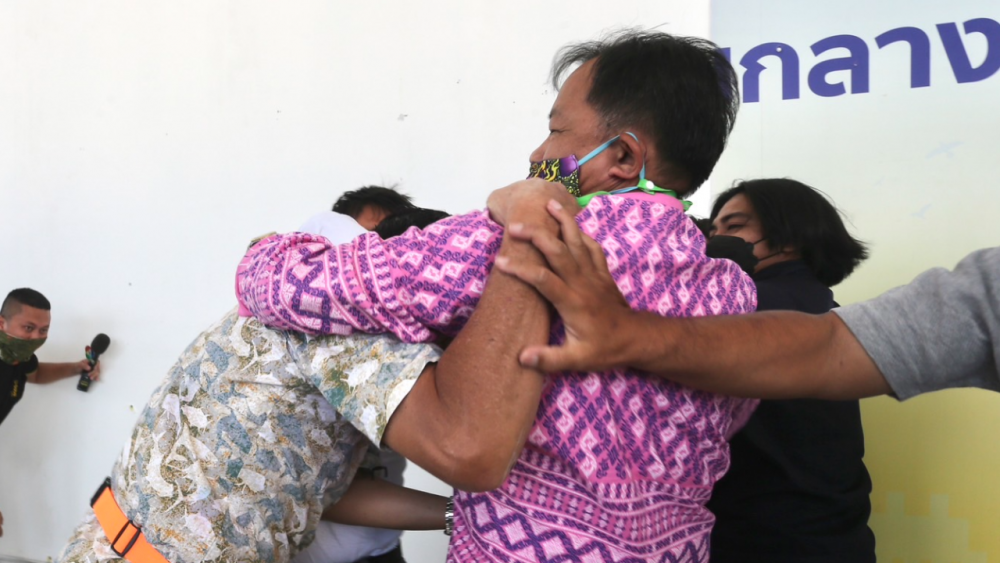 Police immediately came to break them up. Weerawit was also overheard in the footage that he intentionally hit Srisuwan as Srisuwan frequently filed what Weerawit believes are unreasonable complaints to local people, politicians, and famous people only because they shared opposite political views.