A 31-year-old owner of a housing estate in Pattaya was killed instantly after his BMW sedan collided with a truck reportedly due to poor road lighting, according to the police reports.

Huay Yai police and Pattaya Sawang Boriboon rescue workers rushed to a U-turn on 331 Road in the Pong subdistrict of Banglamung, Chonburi, early this morning, October 14th, after receiving a report about a fatal road accident. 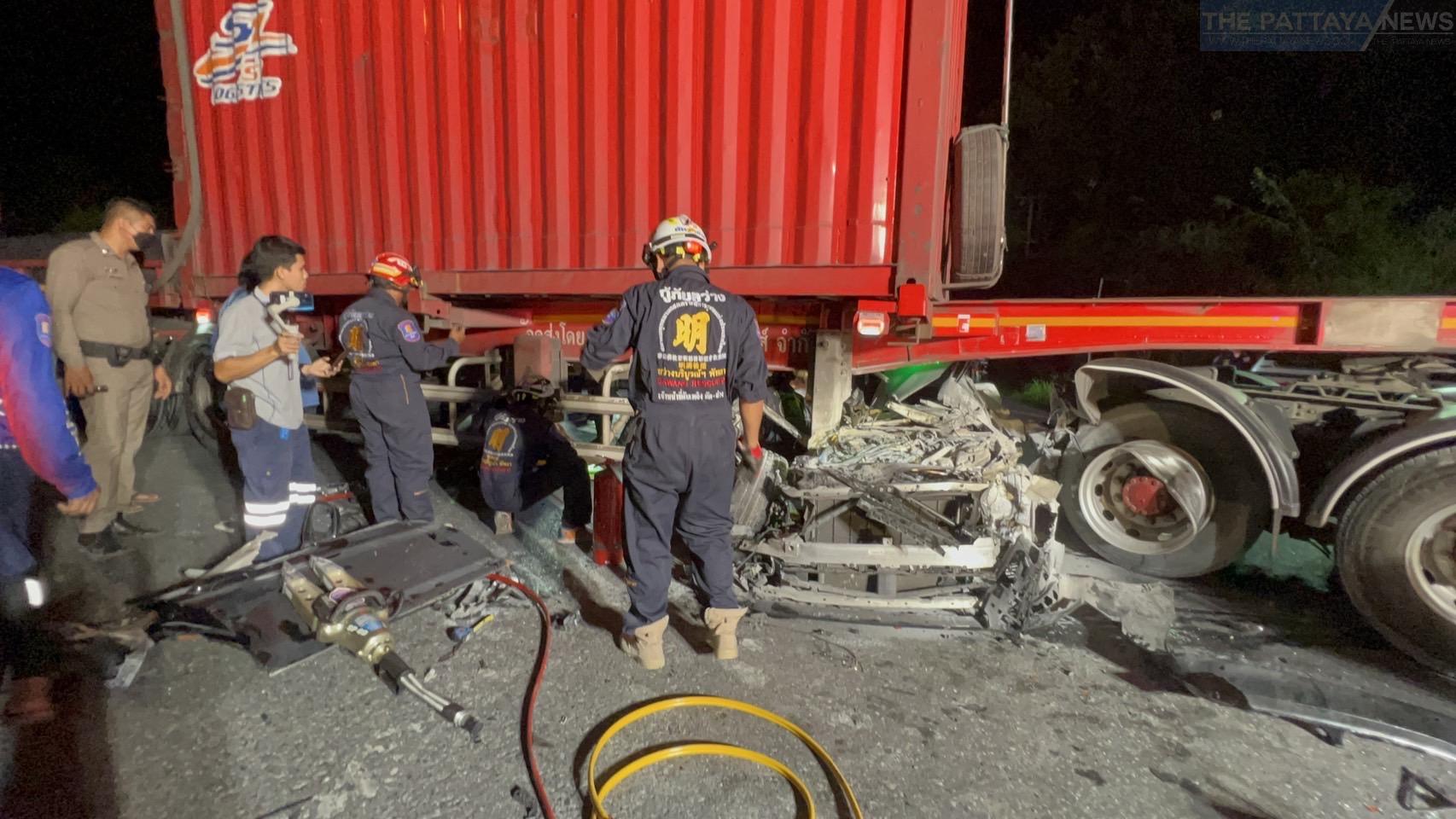 A massive 18-wheeled truck was parked across 331 Road, causing a severe traffic jam for over 10 km, Pol. Capt. Newin Sunthornvanich from the Pong police station told The Pattaya News. Rescue services found a black BMW 530 sedan pinned under the truck. Inside the BMW wreckage was the Thai victim, Mr. Kritsada Phayungphon, 31. He was pronounced dead at the scene by police due to multiple injuries. An investigation discovered later that the victim was the well-known owner of a major housing estate. The truck driver, Mr. Apisak Phrakhamchanthuk, 41, claimed to Huay Yai police that he was trying to make a U-turn when the victim suddenly crashed into him. He added that the road was barely visible due to poor road lighting, which attributed a lot to the accident.

Pol. Capt. Newin told The Pattaya News that he would review CCTV footage and check the lights around the accident scene to determine whether the truck driver’s claim was true or not.