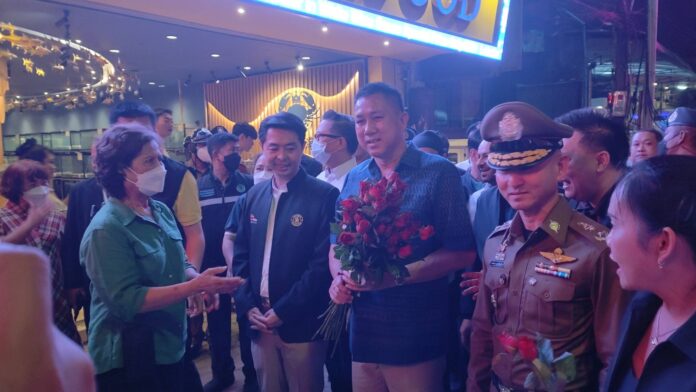 A combined team of volunteers, city officials, and police officers were deployed around Pattaya yesterday, October 12th, in an attempt to maintain peace and eradicate illegal activities in the city during a four-day long weekend.

The long weekend ranged from today, October 13th (the 6th anniversary of the passing of His Royal Majesty King Bhumibol Adulyadej The Great), to Sunday, October 16th. To suppress crimes, Pattaya police had increased patrols and random searches on nightlife venues, focusing on illegal drugs and weapons. This attempt was also partially driven by the tragic massacre at a daycare center in Nong Bua Lamphu where dozens of children and adults were mercilessly murdered. There were about 449 officers participating in the gathering at Bali Hai Pier yesterday. They received a brief from superior officers before being deployed around the city in organized groups to deter potential illegal activities.

One of several targets yesterday was Pattaya Walking Street, which was the main hot spot. Chonburi Governor Mr. Tawatchai Srithong and Pattaya Mayor Poramase Ngampiches accompanied the troops to visit the area and greet the venue operators and guards, telling them to be nice to customers and avoid all types of altercations. 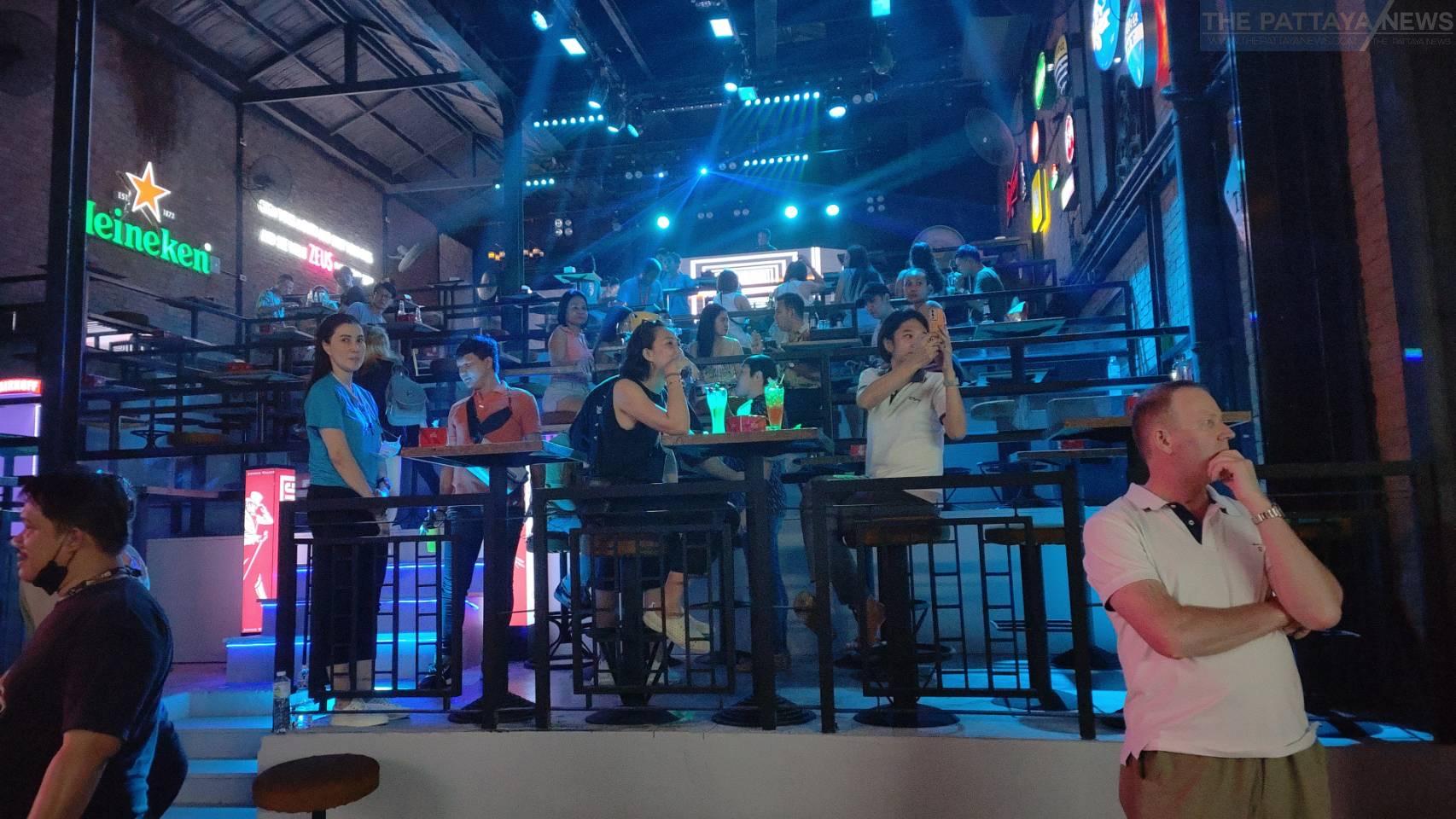 The mayor stressed to the operators that there would be numerous visitors during this long weekend, so he wanted every venue to provide the best service possible.

The operation went well, but Pattaya police pledged to continue the intense patrols to stop crimes in the area.