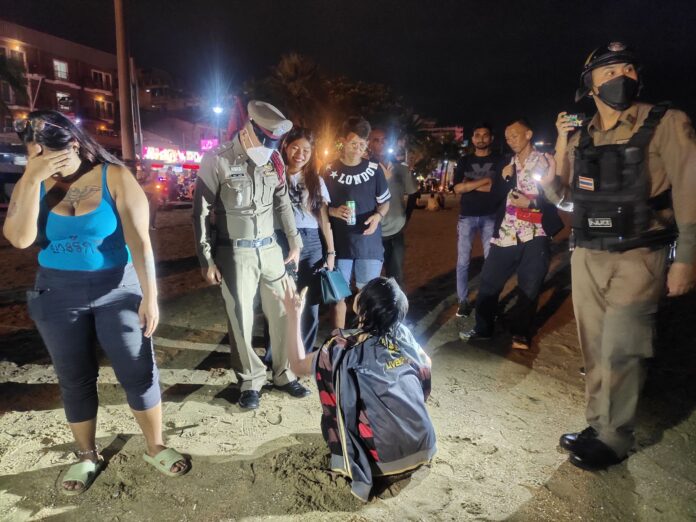 An intoxicated Thai woman startled late-night beachgoers after she went diving in the sea around the middle of the night yesterday.

Sawang Boriboon rescue services received a report about a woman drowning in the sea in front of Soi Pattaya 13/4 in the Nongprue subdistrict of Banglamung and rushed to the scene. 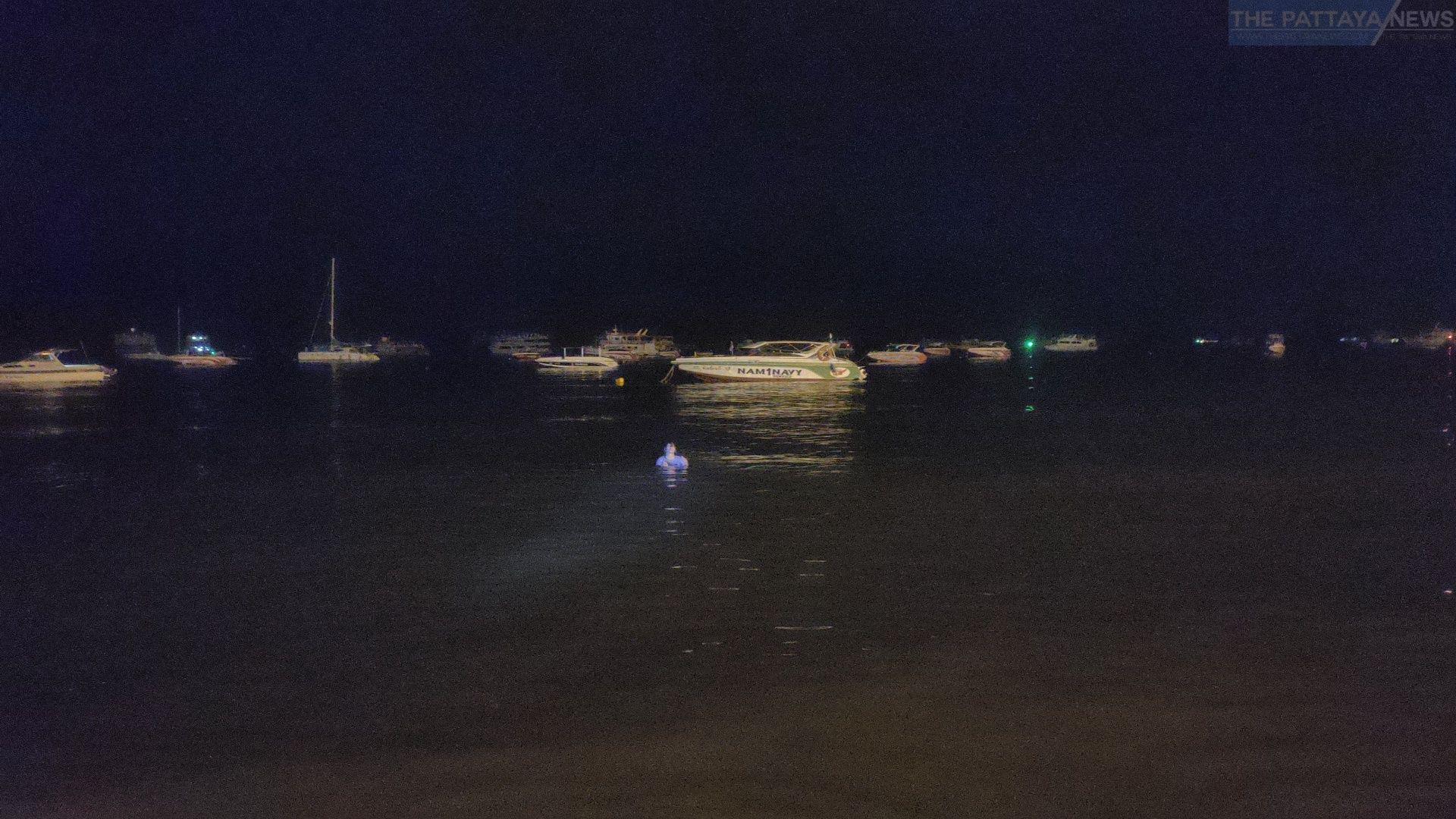 A crowd of beachgoers had formed on the beach, confusingly staring at a Thai woman who first appeared to be drowning but was now swimming, diving, and even waving at the rescue workers who were trying to rescue her back to the shore. 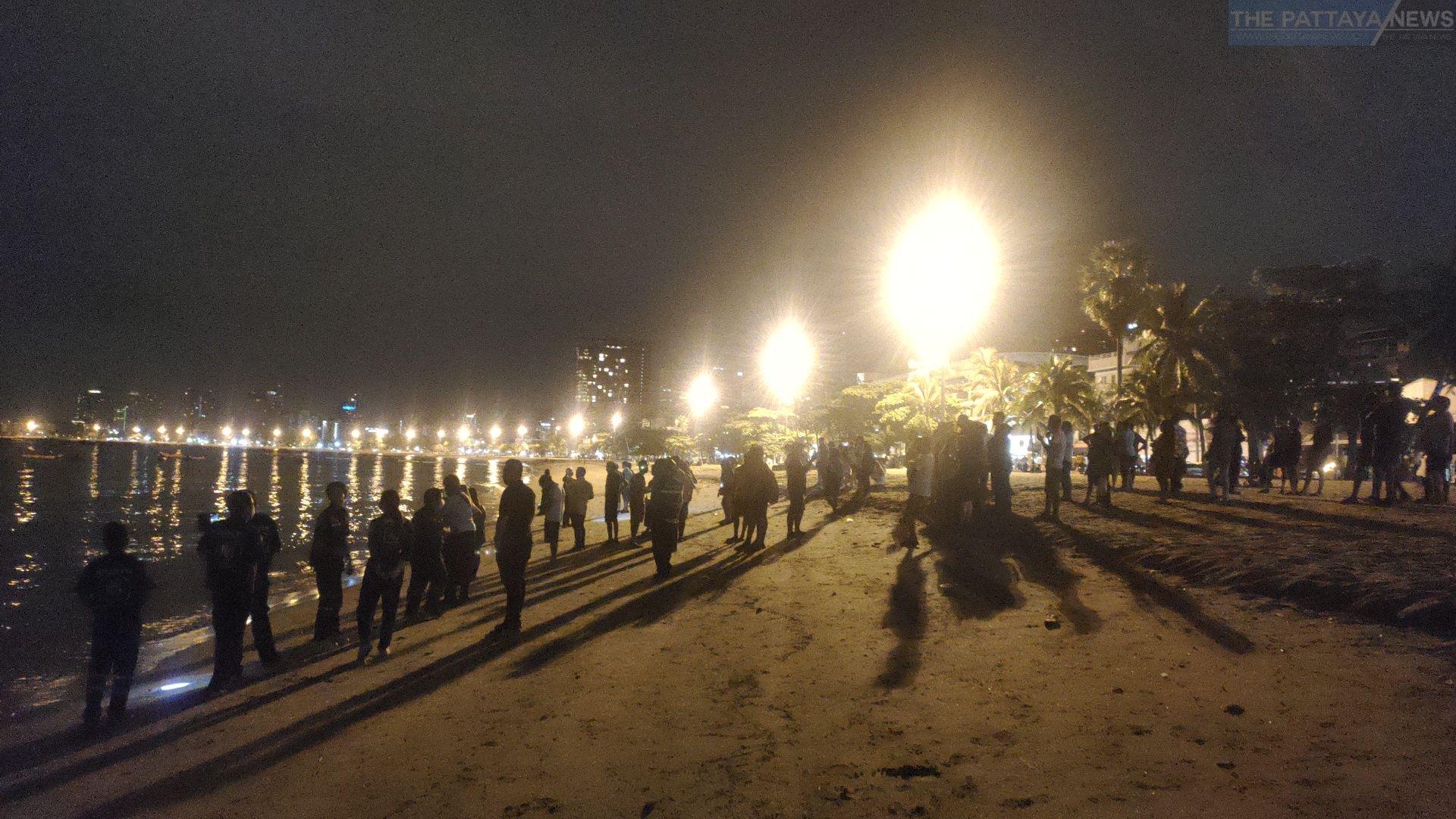 The woman, after safely returning to the beach by herself, hit a mini-heart pose at baffled onlookers. Her name was revealed by her husband who arrived later as Mrs. Benjawan, 48. The couple’s real names were withheld by The Pattaya News to protect their privacy. 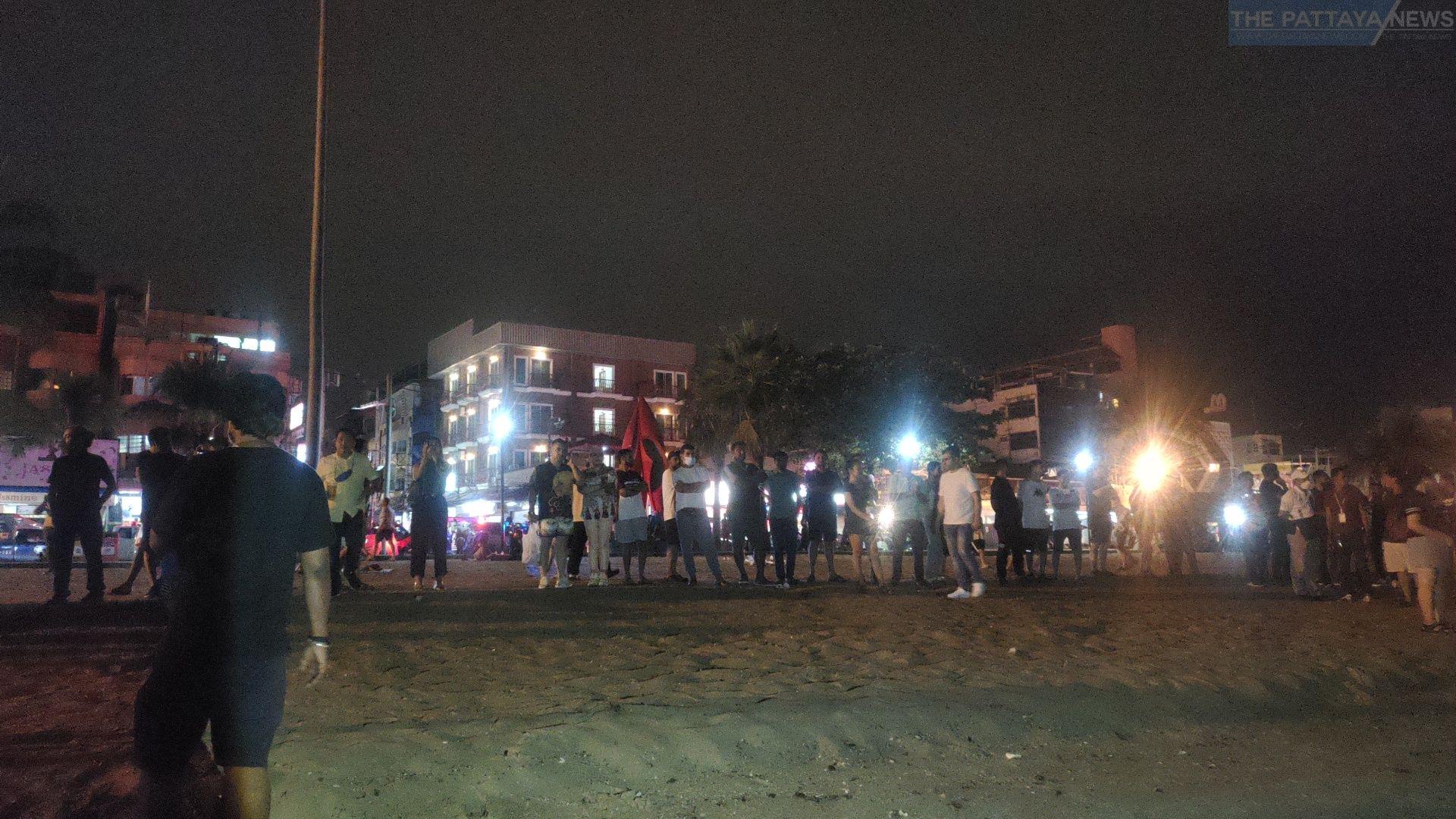 The husband said when his wife was heavily drunk, she always got an urge to swim. In fact, she almost drowned once trying to swim while drunk, but that could not stop her. The husband apologized for bothering others and brought her wife back to their residence to rest.