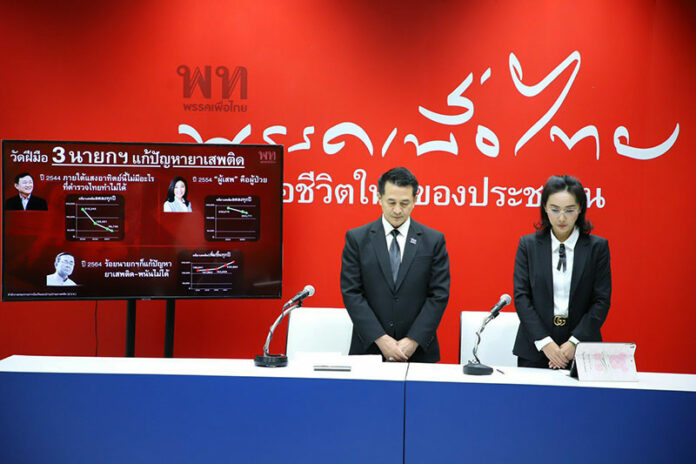 Sitting government opposition party ‘Pheu Thai’ is planning to reintroduce its policy of strict drug elimination as well as conduct a review of firearm possession among security personnel after the tragic incident of the Nong Bua Lamphu mass shooting on Thursday, October 6th.

Party leader Chonlanan Srikaew expressed their deepest condolences on behalf of the party members towards the families of the victims and the injured of the mass killing in Nong Bua Lamphu province and vowed to revive its “War on Drugs” policy to eradicate drugs from Thai society and prevent the recurrence of the tragedy.

Pheu Thai also mentioned cannabis, despite no signs of it involved in the mass shooting. Some members of the party have previously called for cannabis to be returned as an illegal narcotics drug after it was decriminalized in June. Party members claim cannabis can be a gateway drug to harder drugs like methamphetamine.