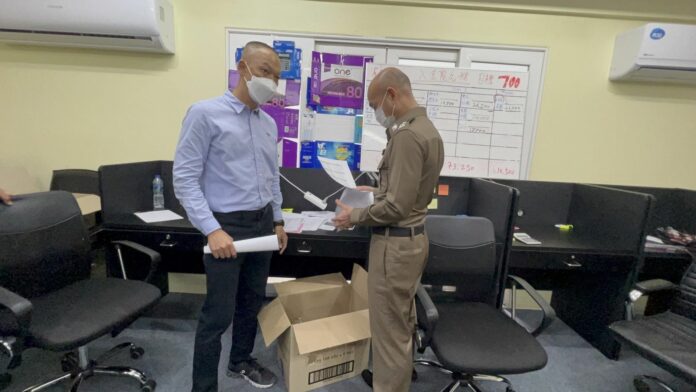 A group of 16 Hong Kong people were arrested at a house in Pattaya on Wednesday, October 5th, after reportedly operating an illegal foreign loan sharking scheme for victims in Hong Kong.

The raid was conducted by Pattaya City Police officials at a 3-story townhouse in the Banglamung district at around 3:00 PM. on Wednesday following a tip-off stating that a foreign loan shark gang had reportedly modified the house as a base for a loan scam. 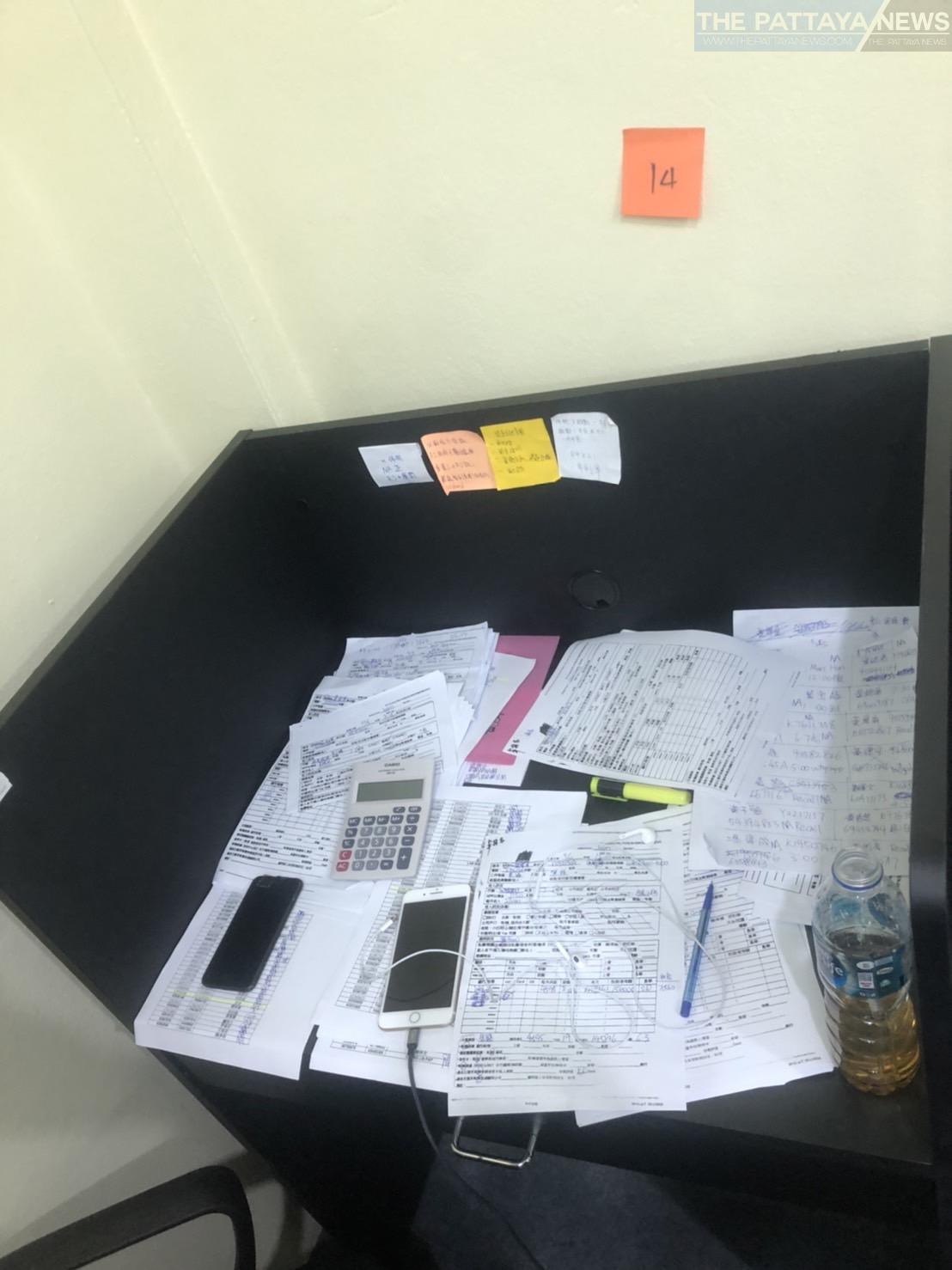 Upon the raid, about 16 Hong Kong people were found working inside the house. A notebook, photocopier, 20 mobile phones, surveillance cameras, computers, and a large number of documents related to online lending were discovered and confiscated as evidence.

Chonburi Provincial Police Commissioner Kitthanate Thanananthavisin stated that the group of suspects had reportedly frequently traveled to Thailand via tourist visas as they set up a working base in Chonburi for providing illegal loans for hundreds of victims in Hong Kong. 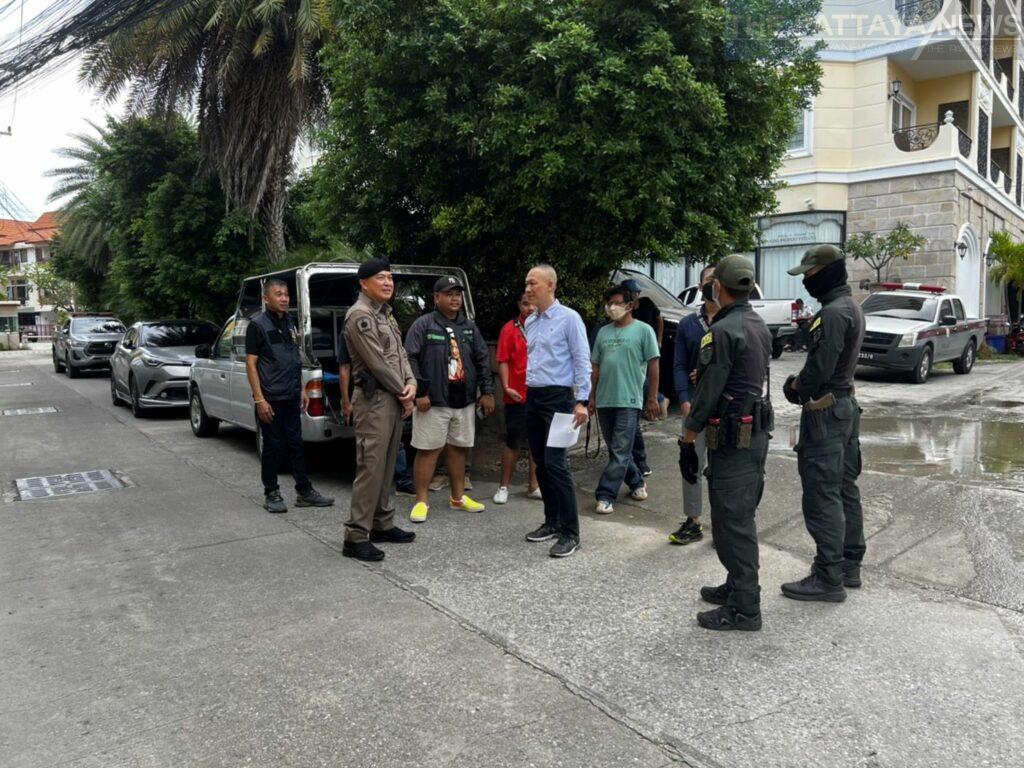 The investigation revealed that the gang had been located in Thailand for about six months and would relocate to stay and work to escape investigation and arrest. Their operation had reportedly generated a turnover of hundreds of millions of HKD from hundreds of Hong Kong customers.

All of the suspects were detained at Pattaya City Police Station for working illegally in Thailand without permission while the officials would contact the Hong Kong Embassy and authorities to report and coordinate with legal proceedings in their home country.