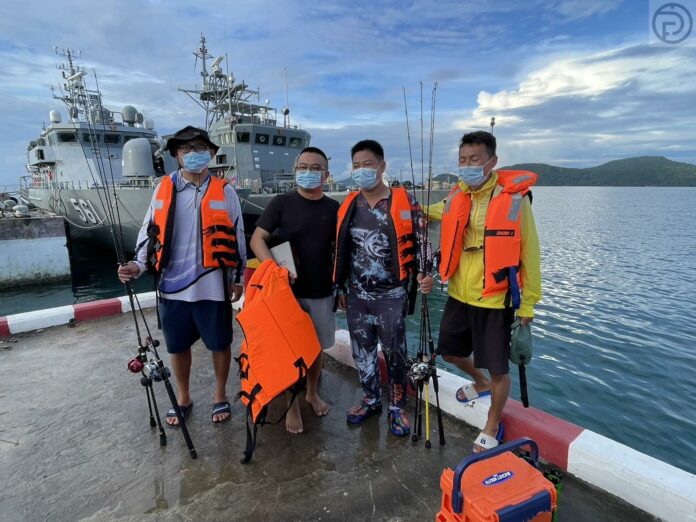 Four Chinese businessmen have been rescued after losing contact after their boat engine broke down while fishing off of Phuket.

The Royal Thai Navy reported yesterday in the early morning (October 4th) that the four Chinese men went into the sea on a small boat near the Racha Noi Island in Phuket for fishing. Their latest location before losing contact was near Green Island.

One of the Chinese men’s family members contacted the Phuket Marine Office for help after she could not contact her husband. She said normally her husband would be back at about 9:00 P.M. and that he regularly went fishing in the area.

An immediate search was launched for the missing men by The Royal Thai Navy. At 1:00 A.M. early this morning (October 5th) the boat was found with the four Chinese men safe and unharmed, although frazzled by the incident. The men told The Phuket Express that the boat engine had broken down and the area nearby had no mobile or wireless signal to contact for help. At 7:00 A.M. the men safely arrived back on land and were reunited with their family members.

The names and ages of the men were withheld by the Royal Thai Navy.