A drowsy female driver, who had just left a pub in Pattaya, was slightly injured after crashing her car into a car showroom.

The accident took place at the entrance of Soi Phonprapanimit 7 in the Nongprue subdistrict of Banglamung, Chonburi, at 4:30 AM today, October 5th. 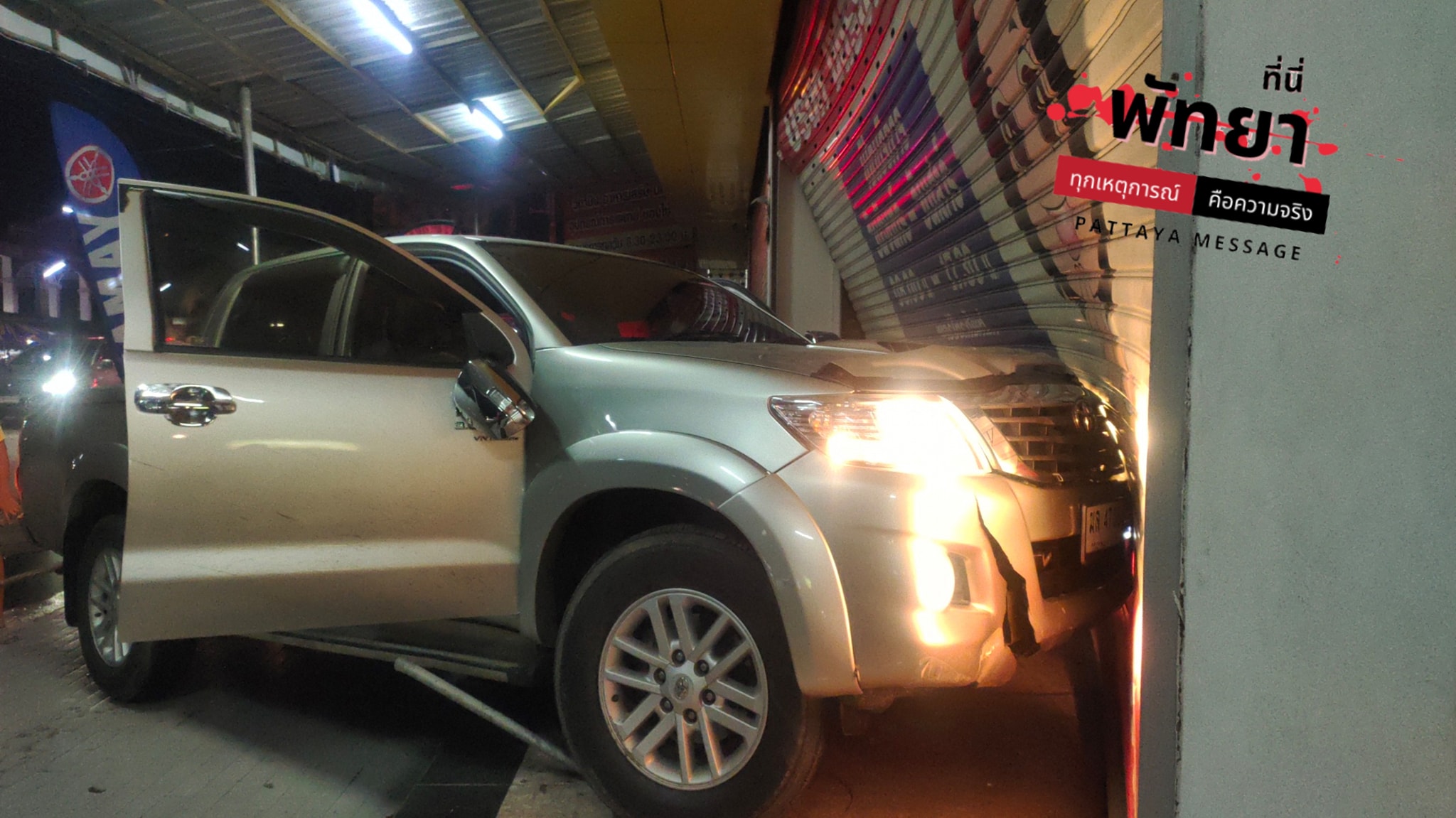 The woman identified only as Ms. Sinthorn was aided by Pattaya rescue services after ramming her grey Toyota pickup truck head-on into the gate of a car showroom, slightly injuring herself. The crash also damaged one Nissan March sedan parked nearby and three brand new motorbikes inside the showroom.

Ms. Sinthorn admitted that she had just left a pub after relieving her stress about her relationship with her boyfriend, which caused her to have two sleepless nights prior to this accident, according to Nongprue police. She also confessed to dozing off at the wheel before the crash.

The owner of the damaged sedan Ms. Jeeranan said she parked her car near the showroom to walk to the morning market. She then dashed back after hearing a loud noise and found that her sedan had been damaged. She said she was very lucky that she was not in the car.

Nongprue police took the truck driver to a police station for an alcohol test. They said they would examine CCTV footage to collect more evidence.