The power pole removal project that has been operating for a long time on Pattaya Central Road would be completed in November 2022, Deputy Mayor Manoch Nongyai said during a meeting at the Pattaya City Hall on September 27th.

According to the representatives from the Provincial Electricity Authority, the demolition of cable and communication wires was about 95% complete. And on September 30th, the authorities would begin removing power poles around Muang Pattaya 5 School and Numchai Home Electronics & Appliances. “Sometimes, workers ran into problems with oversized billboards and roofs that complicated the work,” the authority said. 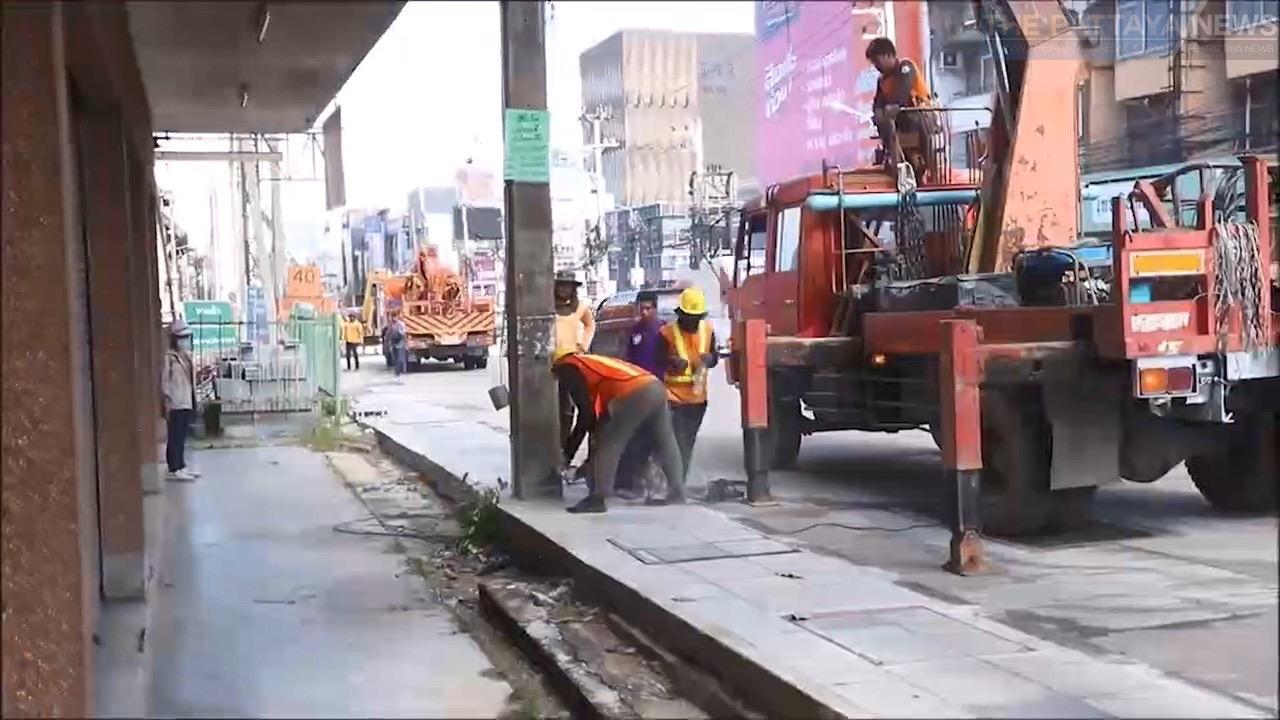 They added that there were 160 power poles in total on Pattaya Central Road. The overall power pole demolition was approximately 40% done with the left side of the road anticipated to be finished this month. The deputy mayor said all power poles on Central Road would be gone by September 2022.