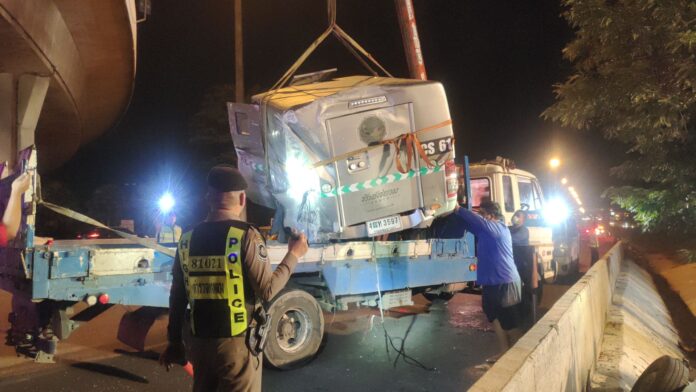 An armored truck carrying over 10 million baht crashed into a street barrier and killed three men working in the vehicle in Pattaya last evening, September 27th. 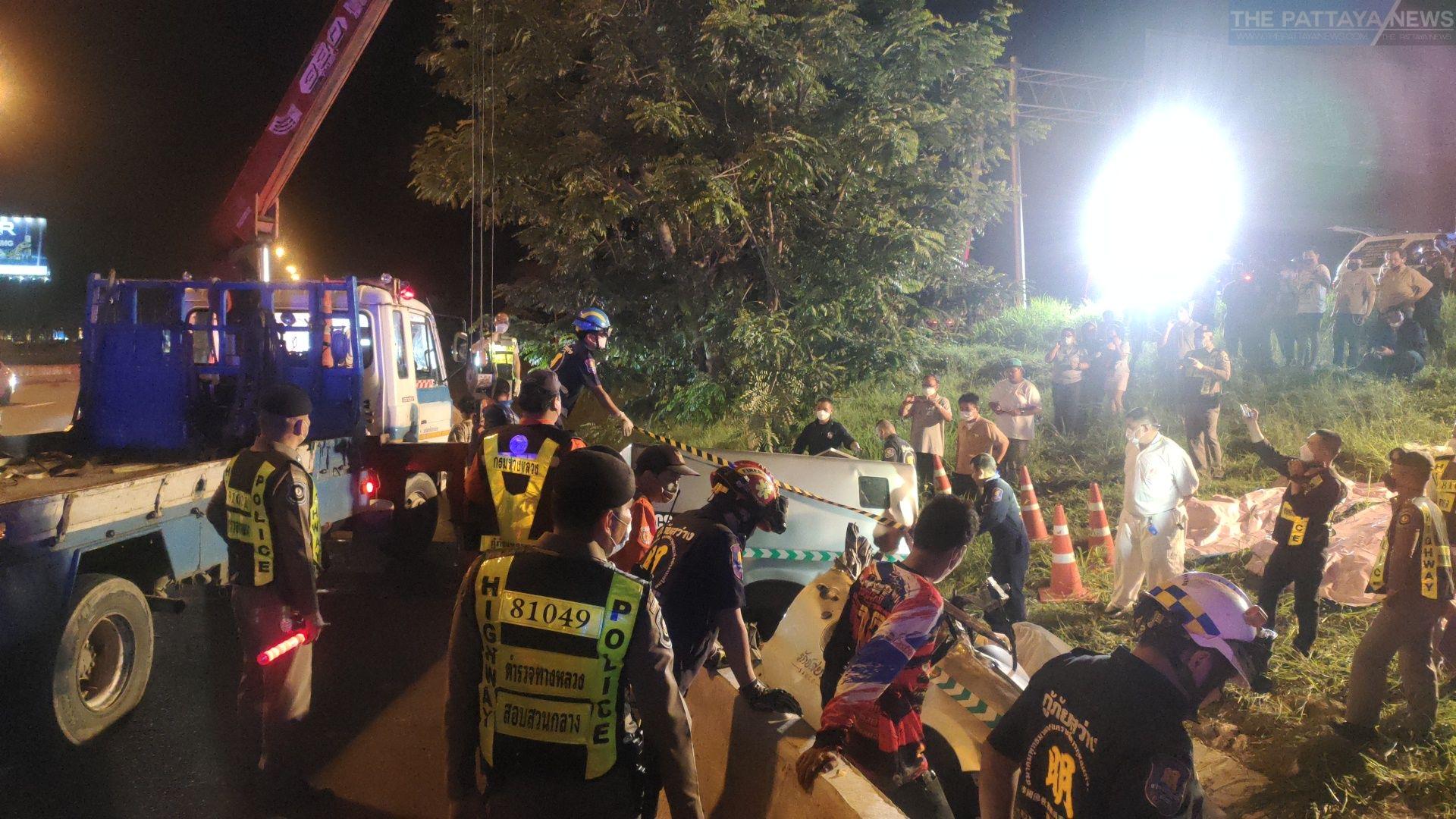 The wreckage of a large bronze Toyota Vigo armored truck was found in a dry drainage ditch beside the motorway. Highway police told The Pattaya News that the truck was registered in Bangkok and was used by Siam Administrative Management and a security guard company to transport around 10 million baht from various businesses. 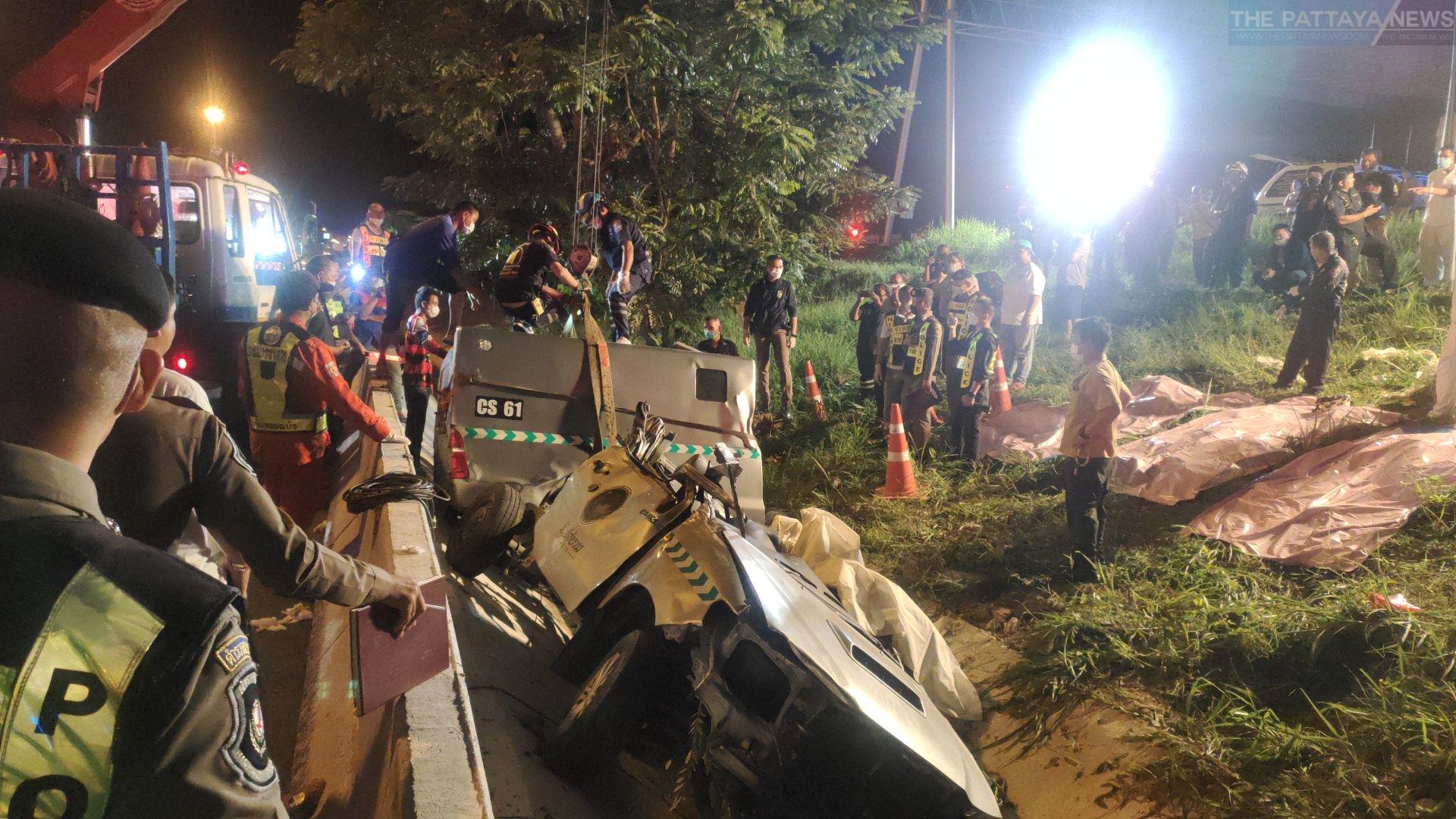 The rear safe of the truck was completely torn off as well as the passenger compartment. Three men were pronounced dead at the scene by police due to their serious injuries: Guards Mr. Sarawut Huay-yai (33), Mr. Supachai Khunto (47), and the driver Mr. Nithi Phuphanasaeng (32).

The money-filled safe was moved to the Mapprachan Highway police station for safety. Pol. Lt. Col. Nakhak Siriphan told The Pattaya News that he would notify the company later to retrieve the safe. 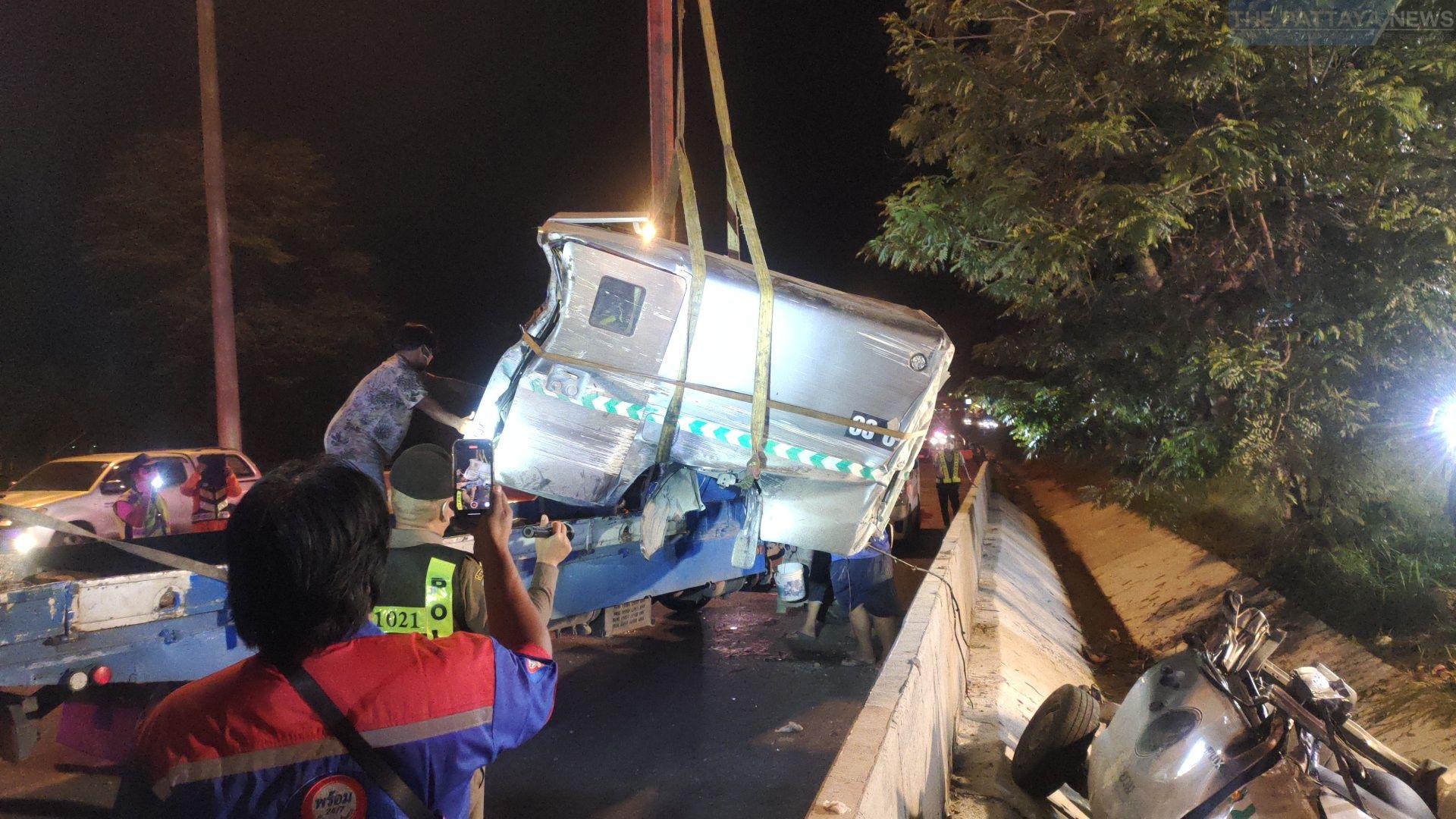 The three deceased victims remained at Bang Lamung Hospital to await their families and relatives as of press time, while an investigation was underway to establish the cause of this accident.