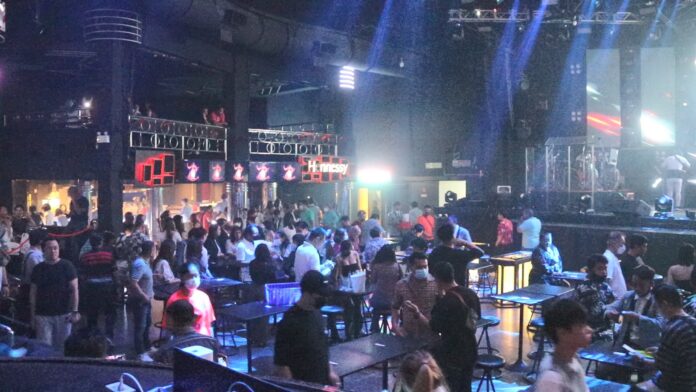 Pattaya —The Pattaya City Council urged the mayor to broaden the legal operating zone for nightlife venues to include those outside the zone in order to cope with new possible legal opening hours.

The proposal was raised by a member of the Pattaya City Council, Damrongkiat Pinitkan, during the council’s 5th meeting on Friday, September 23rd, urging the mayor to revise the legal operating zone for nightlife venues, which has remained unchanged since 2002 or 20 years ago.

Damrongkiat cited that there were many venues outside the current zones that aspired to operate fully legally, and their sole obstacle was this obsolete rule. According to him, the rule only allowed operators to run entertainment businesses on the right side of Pattaya Third Road down to Bali Hai Pier. But in reality, many businesses popped up on the left side as well as Jomtien and Naklua, and they all wished to receive a proper license.

“When these venues are in the legal operating zones, they will benefit from the extension of the legal opening hours too,” Damrongkiat said in the meeting.

The Ministry of Tourism and Sports said it would propose to extend the legal opening hours to 4 a.m., but this has not materialized yet.

In response, Pattaya Mayor Poramase Ngampiches instructed the Entertainment and Tourism Association Of Pattaya to send an official written petition to him to forward to the Ministry of Interior for consideration. He said this issue was fragile because it might affect the livelihoods of local residents living near nightlife venues.

For many years bars and nightlife venues not located in Central Pattaya have been trying to officially become part of the legal entertainment zone, with most operating currently in grey areas. This has led according to business owners to corruption and inconsistency.

According to Damrongkiat, the current zones are archaic as hotels, resorts, and tourists have expanded well beyond Central Pattaya and Jomtien and Naklua and the so-called darkside have had a lively bar and entertainment scene for many years…although technically not fully legal in terms of residing within entertainment zones.

Meanwhile, TPN notes that some residents of condos and villages outside Central Pattaya are not fans of expanded entertainment zones due to concerns of noise pollution and crowds. As nightlife venues gradually creep South, East, and North of Central Pattaya there have been an increase in noise complaints and disputes, especially between condominiums and nightlife venues such as near Pratumnak Hill and on Na Jomtien Beach.