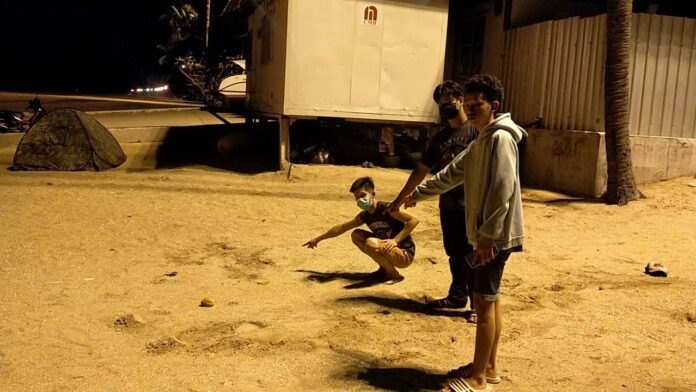 A 34-year-old man was stabbed by a stranger while drinking on Jomtien Beach, reportedly over loud noises. 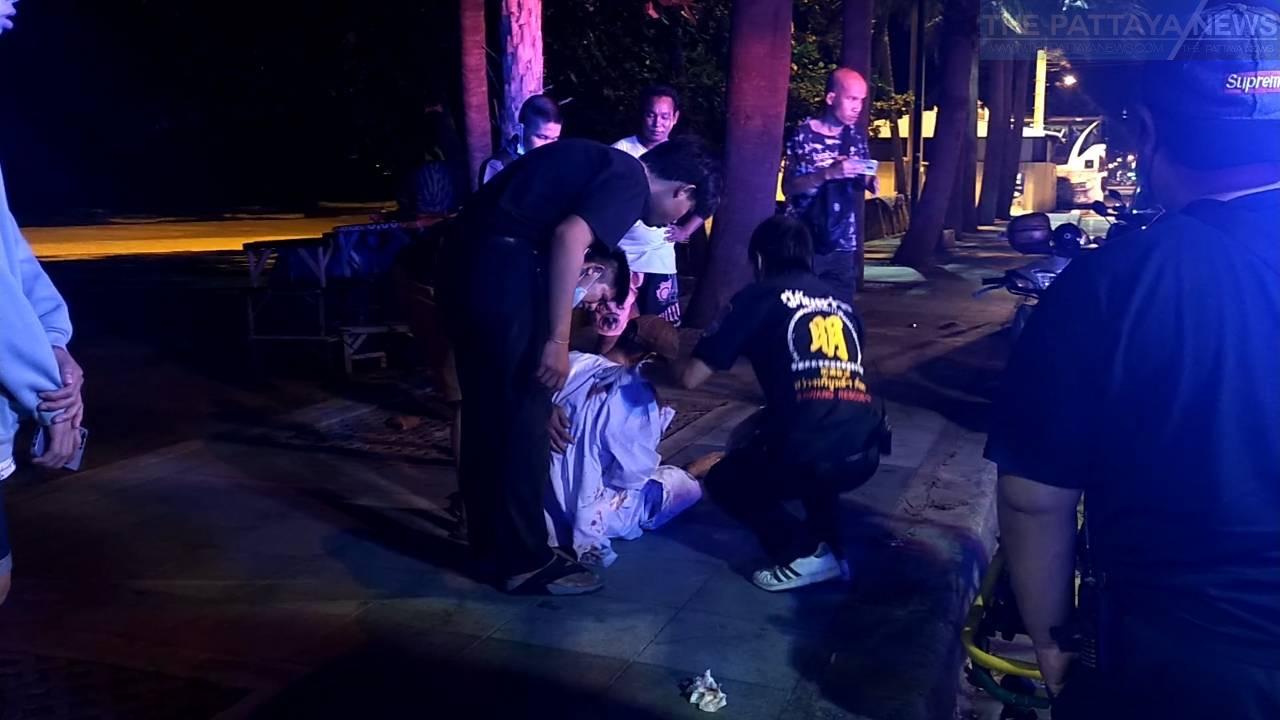 The victim, Mr. Narintorn Itthipol (34), was found in a pool of blood on the breezy beach. He was a Nong Khai province native, according to TPN reporters, and sustained a stab wound to his right chest. Narintorn was in a worrying condition, so Sawang Boriboon rushed him to Pattaya Hospital.

A pedestrian and witness, Mr. Pongtawee Prachabun, told TPN reporters that he saw the victim drinking on Jomtien Beach. Then, an unidentified man who was sleeping in a tent came out and told the victim to talk more quietly. The victim, in response, approached the stranger aggressively telling him to mind his own business, which was when the stranger pulled out a knife and stabbed him, the witness said. 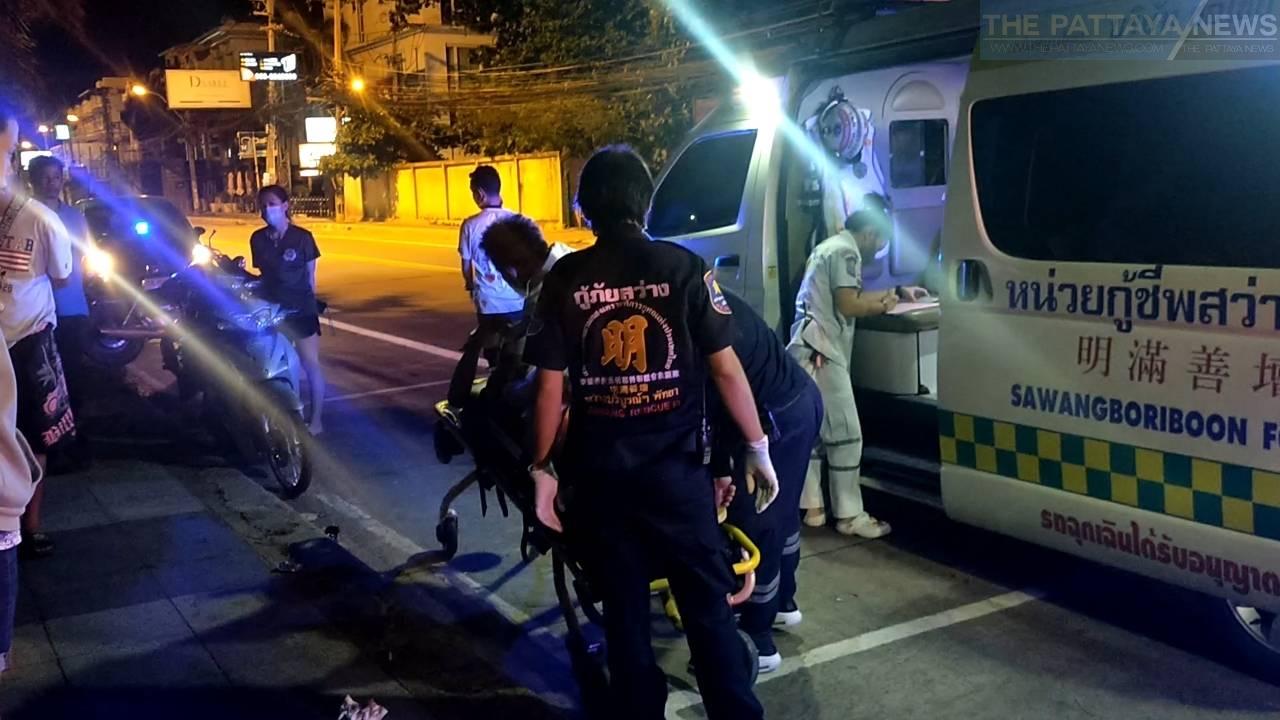 The suspect escaped after the stabbing and is still on the loose, Pattaya police told TPN reporters. They added that they would review CCTV cameras to locate the suspect, who is believed to possibly be homeless.