A Singaporean driver died while four Singaporean passengers have sustained various injuries after a a sedan crashed into a bus in which a Korean national and two Thais were injured on Kata Hill last night in Phuket (August 12th).

The Karon Police reports they were notified of the accident at 11:20 P.M. at Plab Pla Curve on Patak Road on Kata Hill in the Karon sub-district, Mueang Phuket district.

They arrived at the scene to find the damaged bus on the road. The bus driver, Mr. Anirut Chomcherd, 32, his two passengers Ms. Nuengruethai Raknawa, 43 and Mr. Sangmin Lee, 41, a Korean national, had all sustained injuries. They were taken to local hospitals. 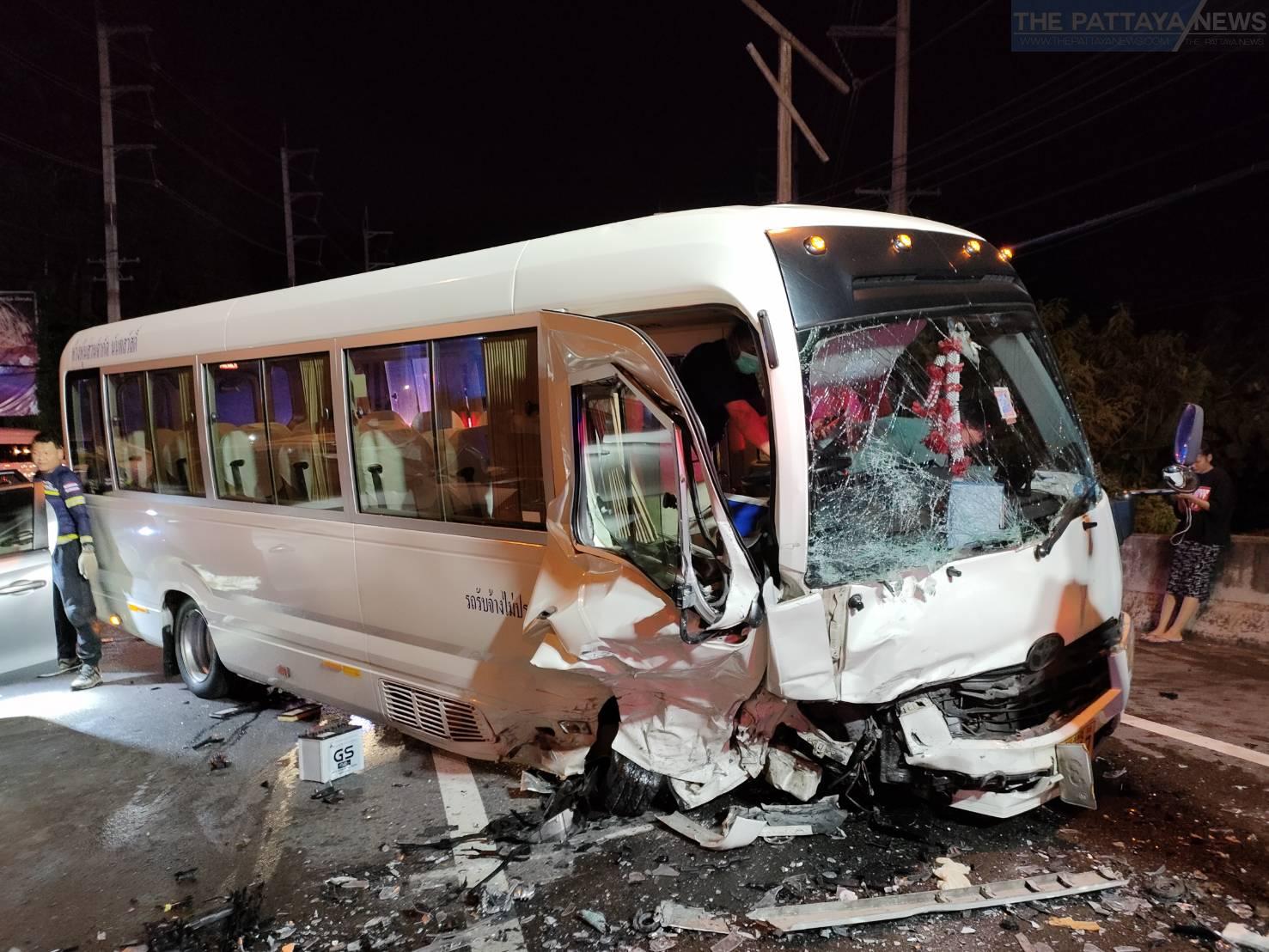 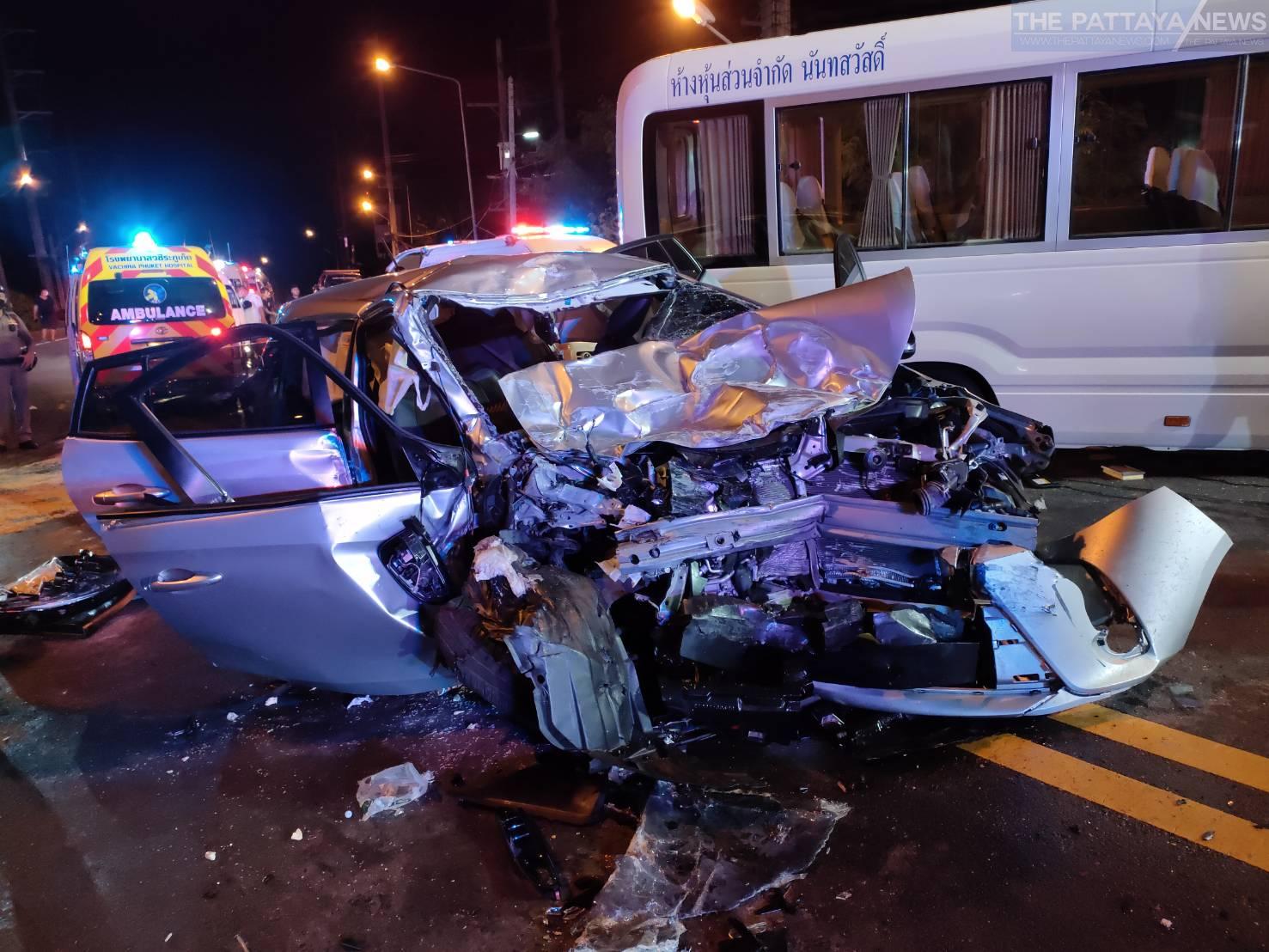 Witnesses said they saw the sedan crashed into the bus but could not provide many specific details. However, Karon police are continuing their investigation to find the exact cause of accident for further potential legal action. 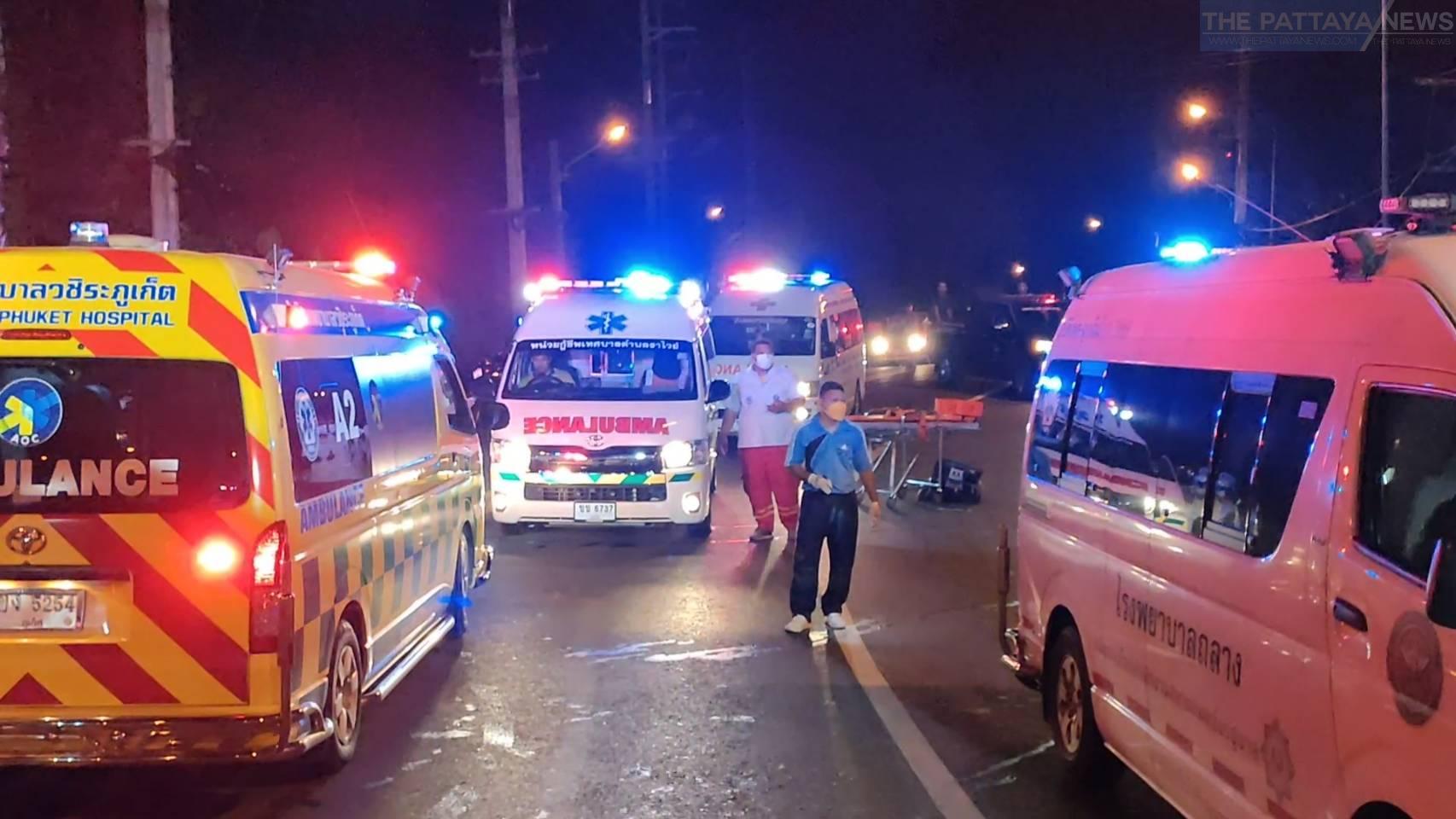 TPN media will provide any updates when given by relevant officials.