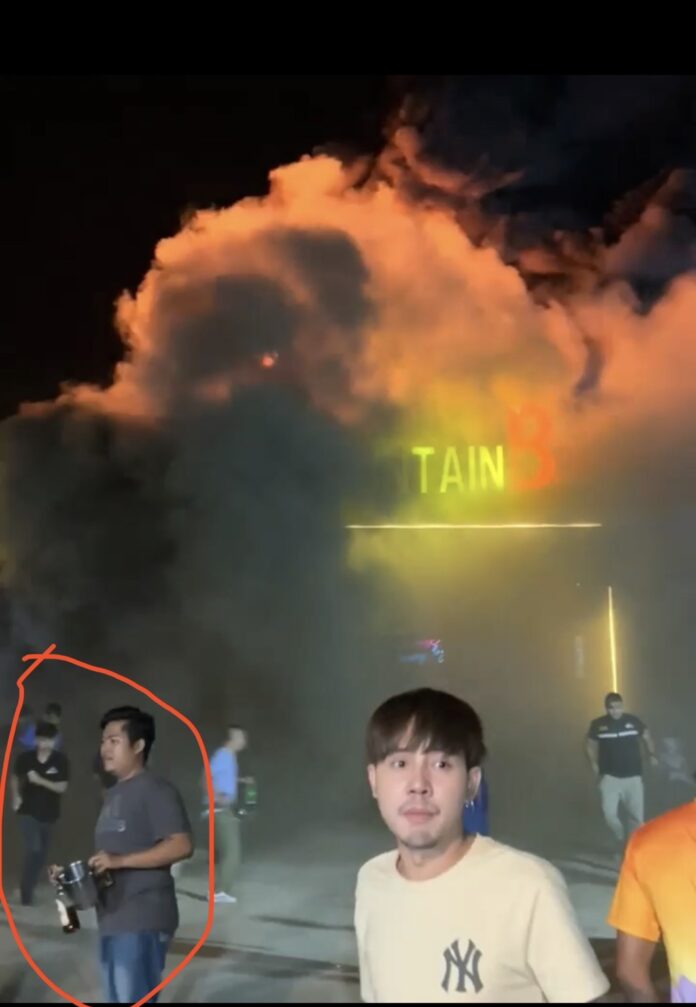 A ‘Mountain B’ customer who was caught in viral footage holding a bottle of liquor and an ice bucket while running for his life from the burning venue was summoned to a police station for questioning on Saturday evening, August 6th.

Pongpat Rungroj, 22, told the police that he and his friends were inside the venue when he noticed a fire on the roof in front of the stage. With panic, he grabbed something without thinking and ran for his life out of the venue, only to realize they were a bottle of liquor and an ice bucket.

He told the officials that during the chaos, some customers ran away and some ran to grab a fire extinguisher to help extinguish the fire but it was unsuccessful.

Pongpat being summoned was widely panned on social media, notes TPN, with many users saying police should be focusing on larger matters and not a viral photo.