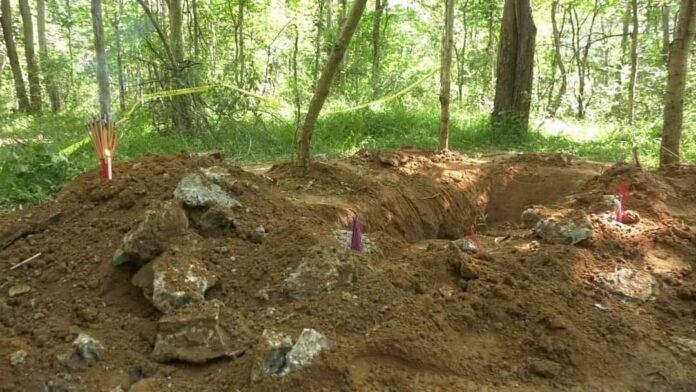 Two bodies found buried in a forested area in the Chok Chai district of Nakhon Ratchasima last week were officially identified as a Vietnamese woman and a Nigerian man, local police confirmed on Thursday, August 4th.

According to Nakhon Ratchasima police, the two were confirmed as Nguyen Thi Van for the Vietnamese woman and Anabon Chka Hen for the Nigerian man. The victims’ identification followed leads from the serial number of the woman’s silicone breast implants and the man’s fingerprints. The investigation exposed that the silicone was sold in Vietnam. The police then coordinated with the Vietnamese embassy in Bangkok to help examine the woman’s fingerprints before the results revealed the identification of the 33-year-old Vietnamese woman.

The man’s fingerprints were also examined and the results matched with the body of a 38-year-old Nigerian man named Anabon Chka Hen. The police believed that such crucial information will lead the investigation team to find more evidence and identify the murderer.