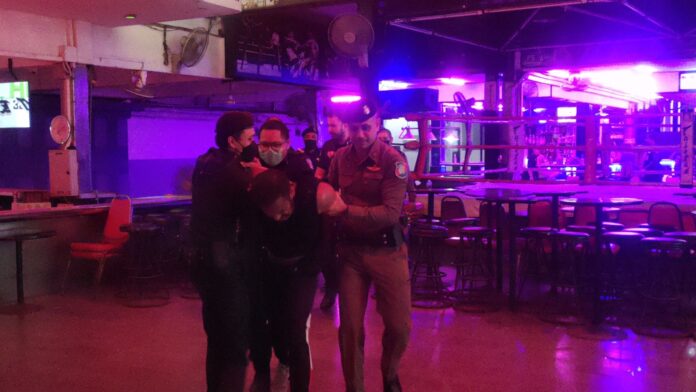 A drunk Indian man reportedly ran amok and climbed onto a boxing ring in a nightlife venue on Pattaya Walking Street before getting arrested.

Pattaya Walking Street fell into a brief shambles at 1:50 AM today, August 4th, when a drunk Indian man ran amok and climbed onto an empty boxing ring in a pub, shouting incoherently, acting disruptive, and causing problems for business owners and tourists. 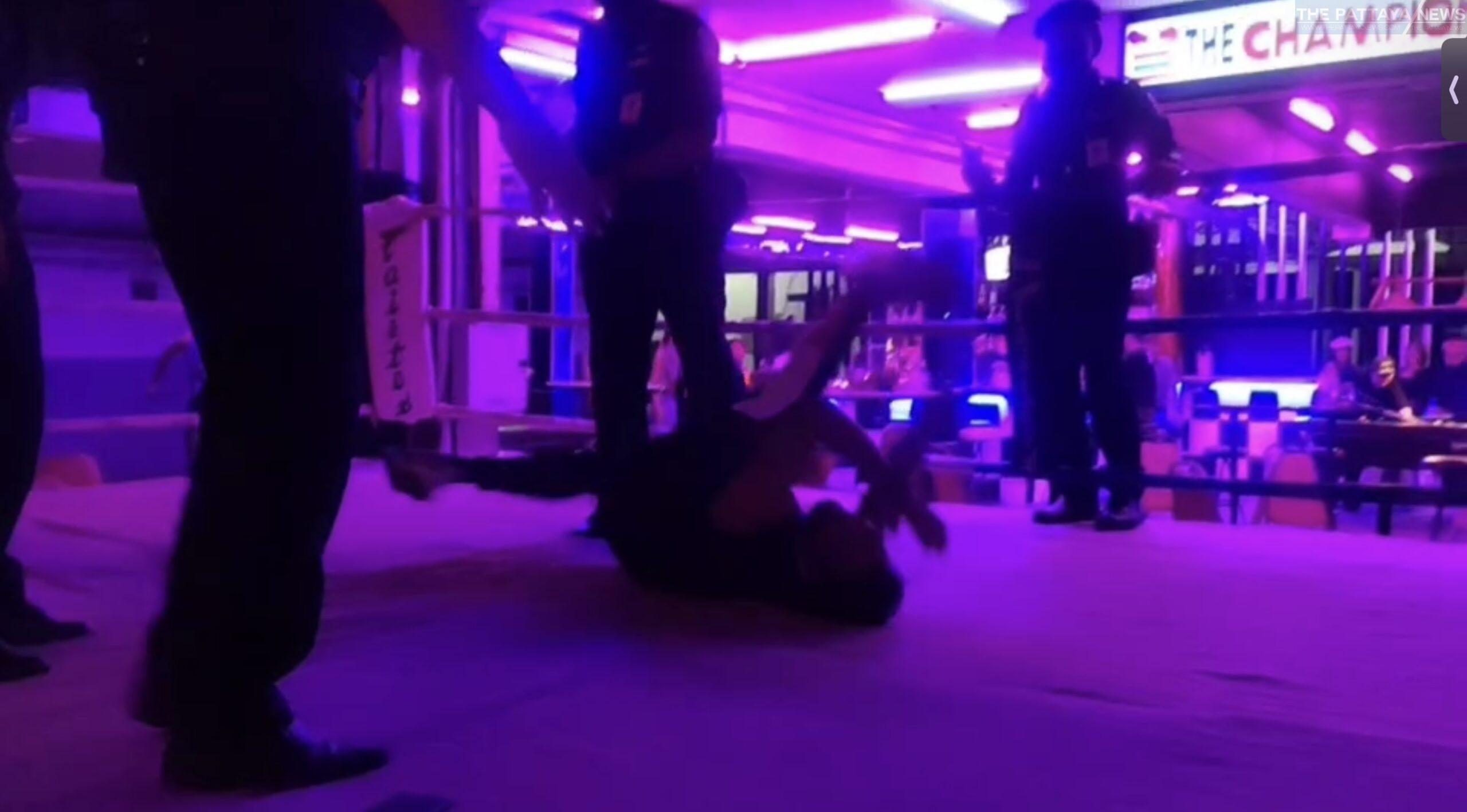 Despite being surrounded by police, the man was reportedly not intimidated and hit some breakdancing moves on the ring floor before continuing to make a scene.

Ultimately, the officers needed to charge him, pin his hands behind the back, and cuff him to enable the venue to go on with their business. 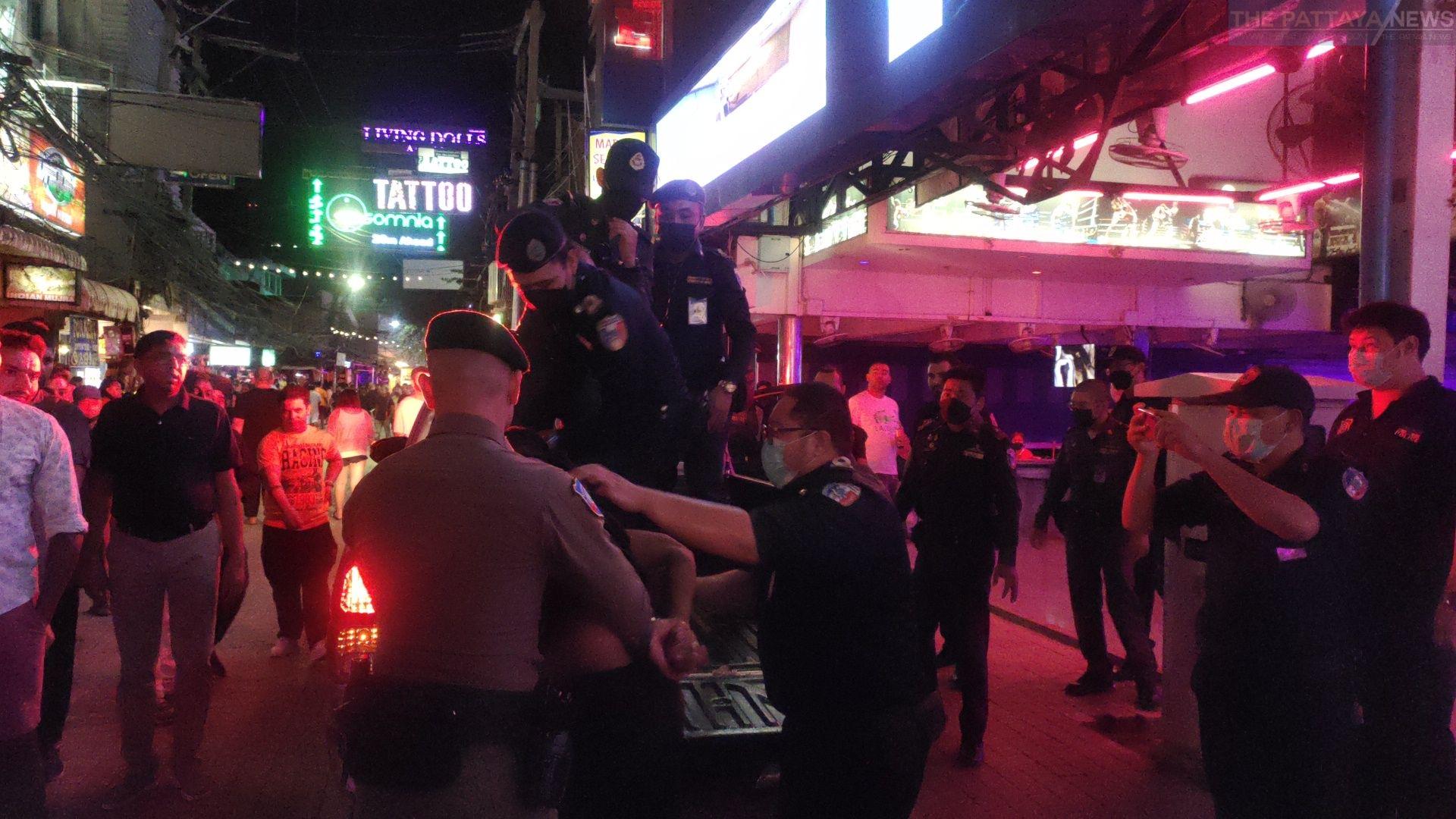 The drunk Indian, whose name was not revealed by police, was moved from Pattaya Walking Street on a police car bed to the police station to calm down and deter potential harm to others.

It was not clear if he would be charged although Pattaya police noted that disturbing the peace and resisting arrest was a possibility.