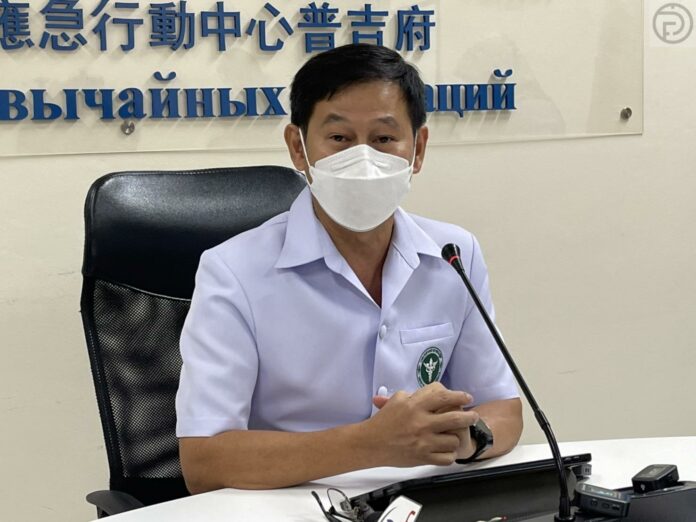 According to the Thai health authorities, seven people have been identified as being at high risk for monkeypox in Phuket and are being tested and monitored after the third confirmed monkeypox case, who is a German tourist in Phuket, was announced this morning.

Thailand on Wednesday, August 3rd, reported the third confirmed case of Monkeypox which is a German tourist who was expected to have carried the disease from abroad.

The press conference was held in Phuket this afternoon (August 3rd). Dr. Kusak Kukiattikoon, Chief of the Phuket Provincial Public Health Office (PPHO) told the Phuket Express, “. There are seven individuals at high risk of monkeypox in this case which is the German tourist’s Thai girlfriend and her family. He stays in the Mueang Phuket district with his girlfriend and her family. ”

“Their blood has been sent to the Medical Science Center in Bang Jo, Thalang district. They are being monitored and quarantined at their accommodations.” Dr. Kusak concluded.