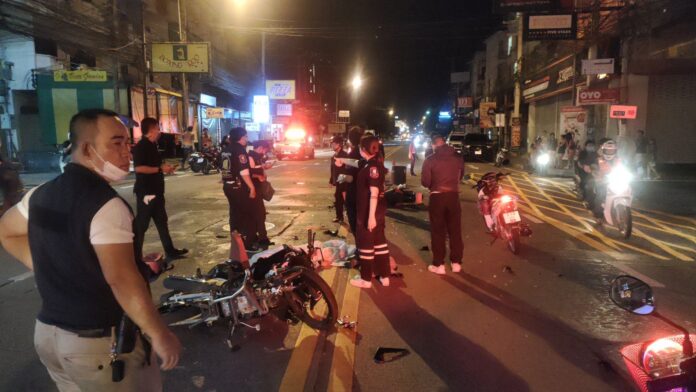 One young woman was killed while another was seriously injured in a motorcycle crash at the Soi Lengkee intersection in the Nong Prue subdistrict of Banglamung district in the early hours of this morning, July 31st. Police believe a male “big bike” driver swerved across lanes and struck the young woman.

Police officers along with rescue volunteers were alerted about the incident around 3:30 AM. on Sunday. At the scene, female rider Presa Dechasinwadee, 27, was found with a severe injury. Medical volunteers immediately rushed to perform first aid but she was tragically pronounced dead shortly afterward. Her wrecked motorcycle was found nearby. 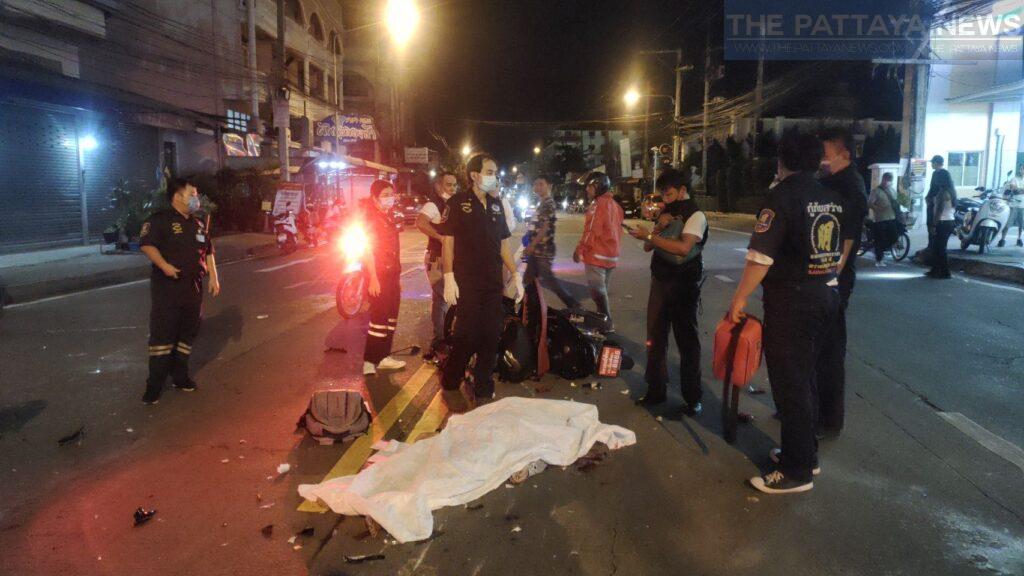 Another rider, Wattana Unwong, 23, was found with several injuries. He was transferred to the nearest hospital. His big bike was found damaged, mostly in the front parts.

According to a local witness, the big bike driven by Wattana was reportedly driving at high speed while the other motorcycle, driven by Presa, was riding from the other direction. Wattana’s motorbike reportedly began to swerve across lanes, cutting in front of Presa and immediately crashing into Presa’s vehicle, causing a loud crash. Both of them bounced off their vehicle and bumped onto the road, causing the tragic accident.

Presa, also known as Bee, was well known locally and had been active during Covid-19 lockdowns giving food to the homeless and less fortunate, we note, and tributes to her were pouring out on social media throughout the day.

It was not immediately known if Pattaya police would be charging Wattana or if alcohol blood tests had been conducted at the hospital but calls for both actions were coming from friends of Bee’s on social media. 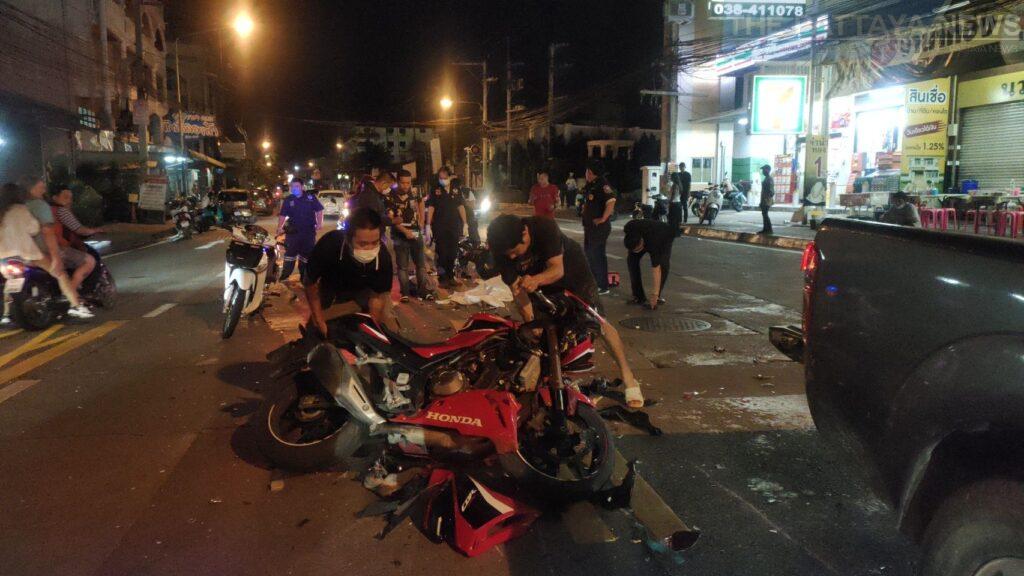