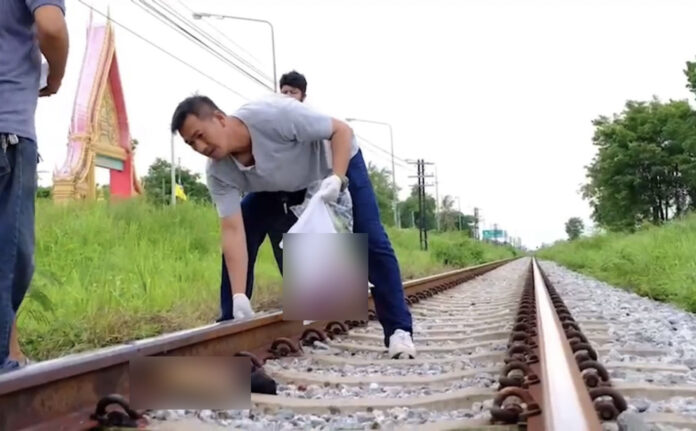 An intoxicated man has lost both his legs after he fell asleep on a railway track before being run over by a train in Banglamung this afternoon (July 30th).

The Nongprue Police was notified of the incident at 4:30 P.M. at a railway in Nongprue. They and the Pattaya News team arrived at the scene to find the intoxicated man aged around 40 who was still alive near the railway. His name was withheld. He was crying with pain due to having both of his legs amputated by the train near the knee. The man and his legs were rushed to a local hospital. Nearby, police found an empty bottle of Thai whisky. 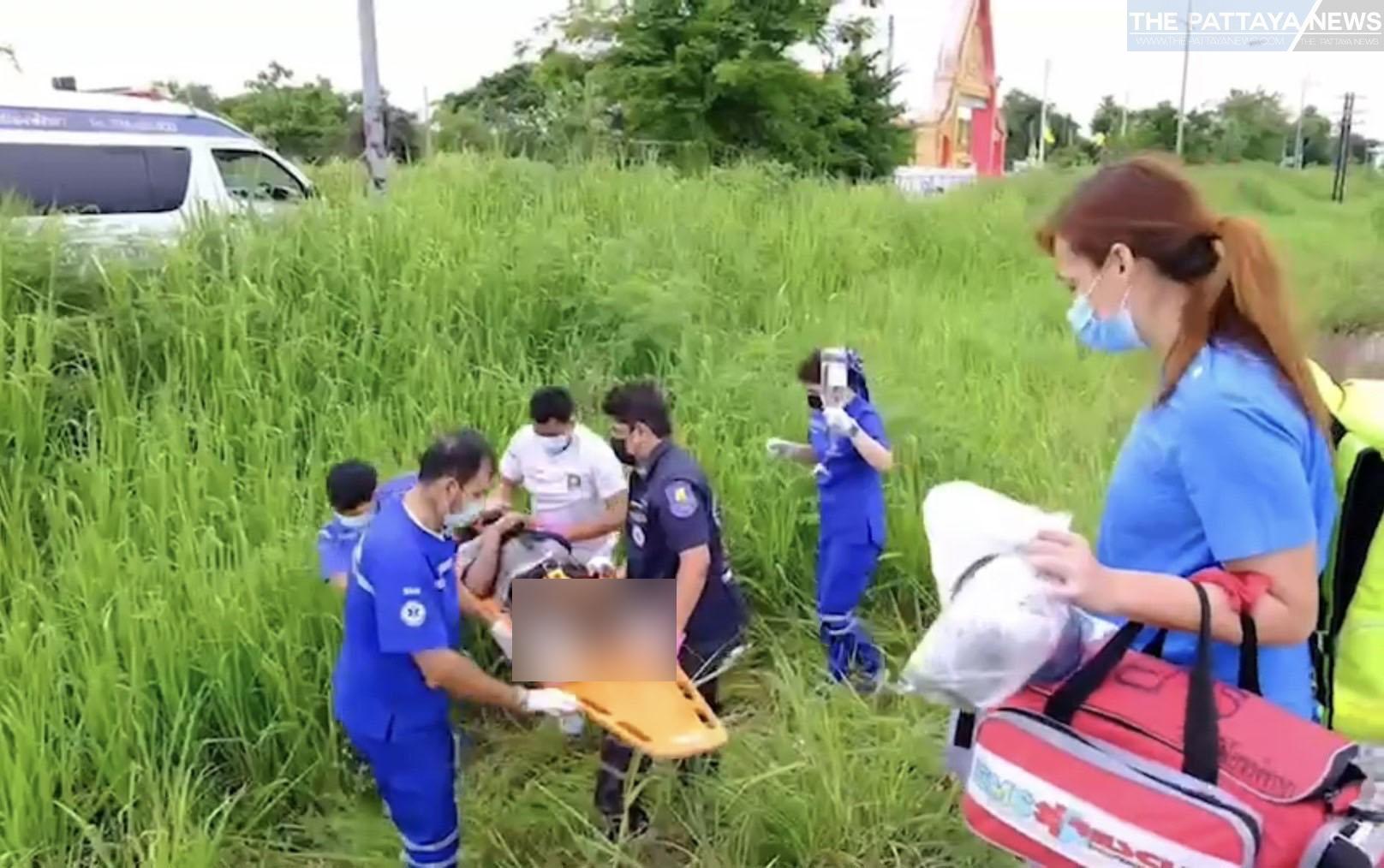 Train staffers said they were informed from the train driver that something was lying on the railway which at first they thought was similar to a log. The train was unable to stop the impact in time to avoid hitting the intoxicated man.

Nongprue police believe the man had passed out drunk earlier in the day with his legs partially on the railway track.

As of press time the man was expected to survive and was in emergency surgery at a local hospital.