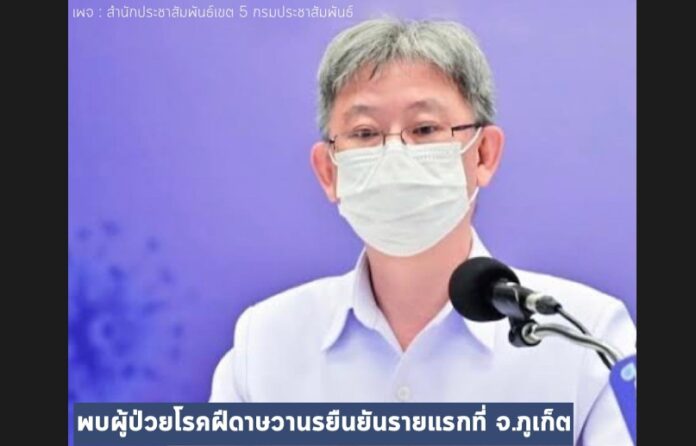 A 27-year-old Nigerian man in Phuket has been confirmed as Thailand’s first official infection of monkey pox.

Dr. Opas Karnkawinpong Director-General of the Department of Disease Control (DDC), this evening (July 21st) stated they were notified from a hospital in Phuket that they have found a suspected case of monkey pox. The disease control team has been investigating the case since July 18th.

The male patient is Nigerian, 27, having arrived from Nigeria recently. He started to have symptoms one week before with a fever, cough, sore throat, runny nose, swollen lymph nodes, and a red rash starting from his genitals to his face, body, and arms.

It has been confirmed by Dr. Opas and the DDC this afternoon that the unnamed patient is the first confirmed case of monkey pox in Thailand. The disease control team in Phuket is tracking down close contacts from the patient. The exact current location of the patient was not immediately clear.

This is a developing story and we will provide more details as they are released. Dr. Opas has asked the public for calm at this time and not to panic, stating that the DDC has the situation under control. 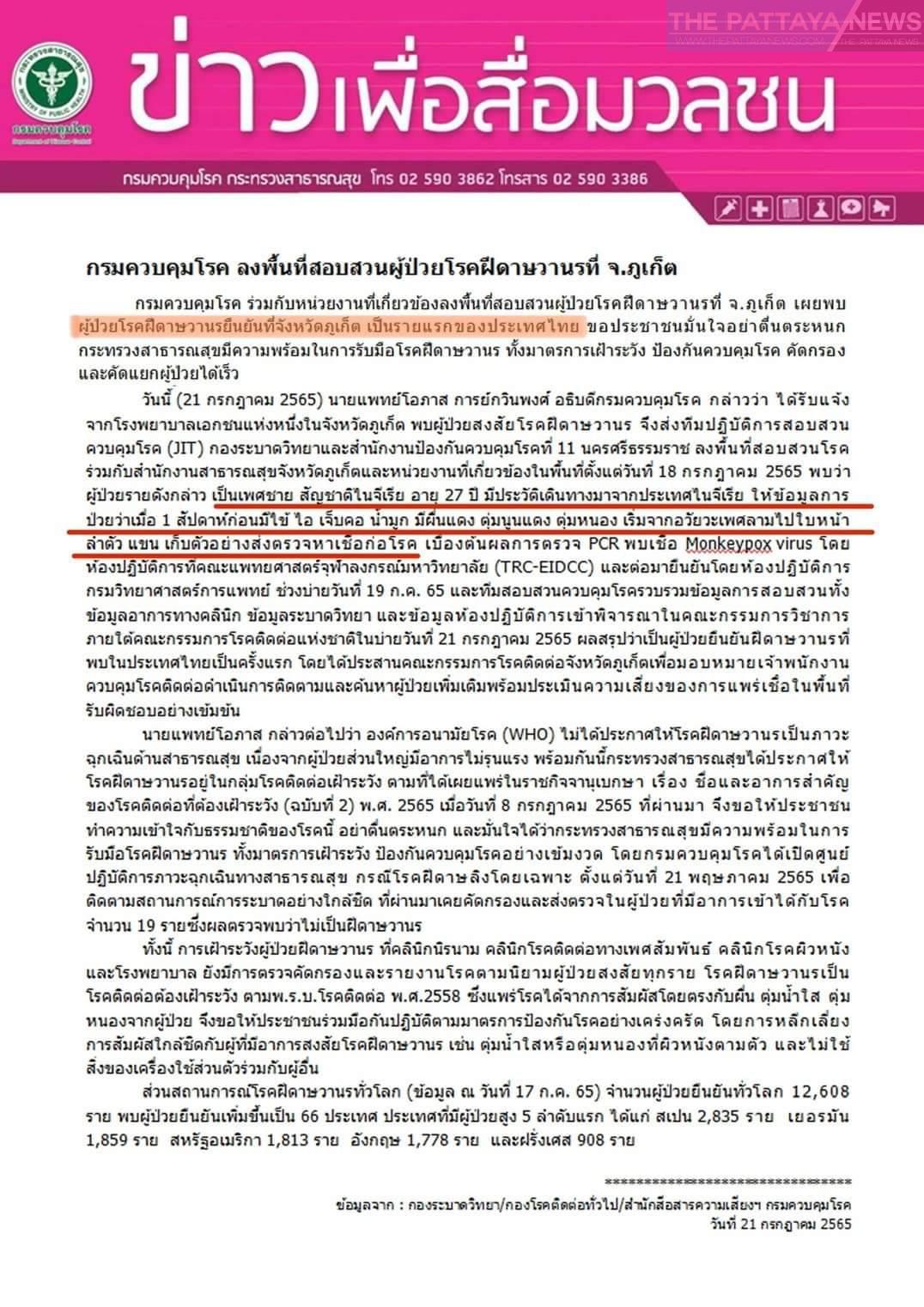