A hotel housekeeper stumbled upon a skeleton that reportedly belonged to a missing 79-year-old Canadian man in an abandoned field behind a hotel in Pattaya.

Pol. Capt. Puttharak Sonkhamhan of the Pattaya Police Station responded to a report of a human skeleton being found in an abandoned field in the Nongprue subdistrict of Banglamung today, Friday, July 15th, at 12:30 PM.

The incident scene was a grassy, empty field behind a hotel (name withheld). The skeleton reportedly belonged to Mr. Glenn (full name held pending family and embassy notification), a 79-year-old Canadian man, based on a passport found beside the skeleton. The officers also found a white shirt and dark pants with 300 Canadian dollars in the pocket.

Da Phomthung, a hotel housekeeper who discovered the skeleton, said she was just picking up wild water plants in the field when she smelled something rotten in the breeze. She then followed the scent and discovered a skeleton, which she initially mistook for an animal carcass but realized upon closer inspection that it was a human skeleton, prompting her to call the police.

According to the Pattaya police, a hotel, in which Mr. Glenn stayed, was located around 500 meters away from the field. They reported him missing on July 12th. However, it appears Mr. Glenn may have actually vanished as early as July 6th. 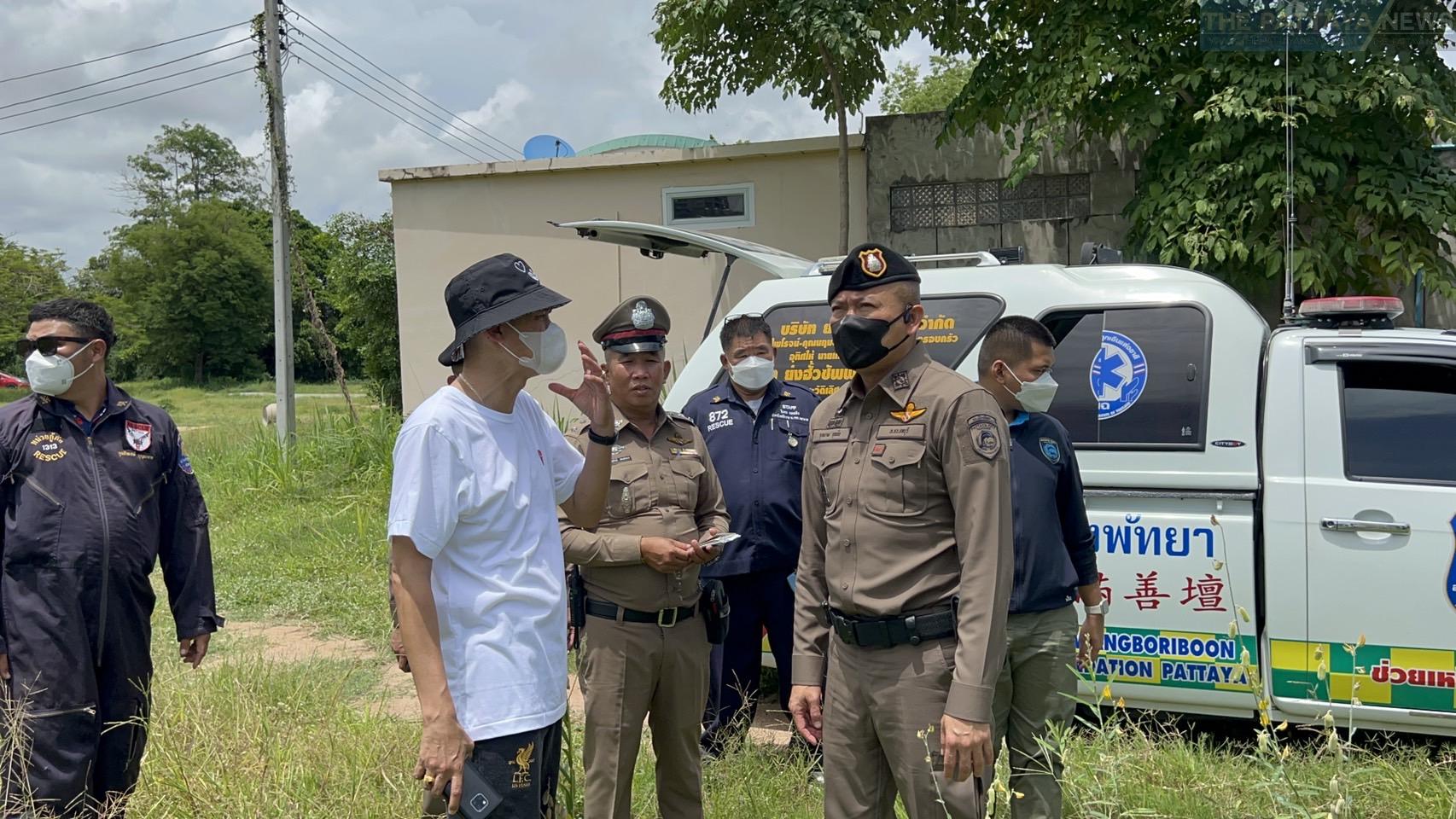 In addition, Mr. Glen reportedly arrived in Thailand on July 6th to reunite with his wife in Chaiyaphum province and decided to stop by Pattaya before going missing without a trace until he was found on Friday, July 15th. Pattaya police said his body must be transferred to the Institute of Forensic Medicine at the National Police Office to identify the cause of his death as the victim’s properties were still with him. The police admitted they had no idea how the victim got there.

The victim’s wife who lived in Chaiyaphum province told the officers over a phone that the victim had a history of memory loss issues and poor health and she believed he went for a walk, got lost, and tragically passed away.

Police are continuing to investigate the incident while contacting other family members and the embassy.