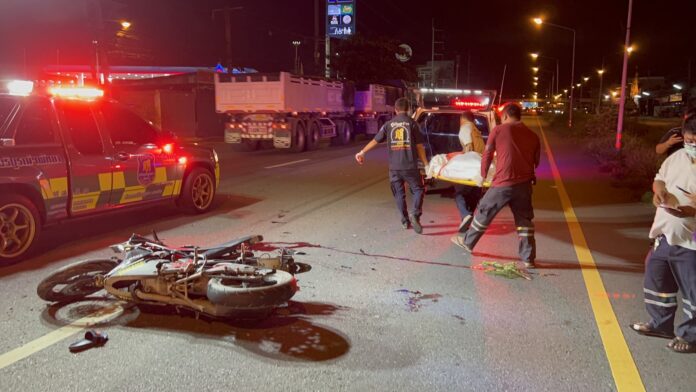 A 36-year-old motorcyclist was tragically killed in a road accident after reportedly being hit and run by a vehicle on Sukhumvit Road in the Banglamung district in the early hours of this morning, July 2nd.

Banglamung police arrived at the scene after being notified about the fatal incident at 00:16 AM. Upon arrival, a motorcycle with a Chonburi license was found with its front parts horribly wrecked. 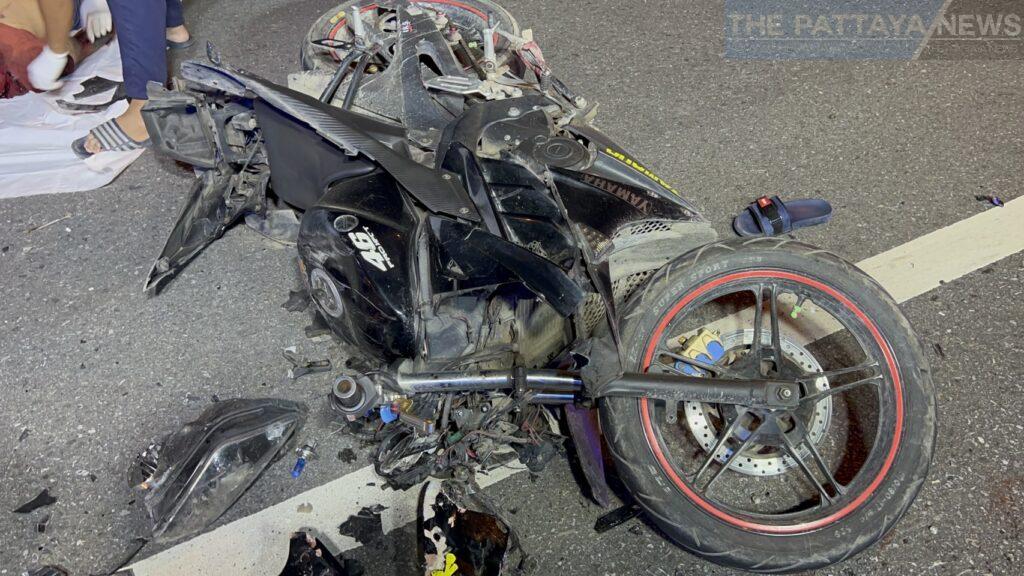 There, the body, which was later identified as Jaran Saewa, 36, was discovered nearby, horrifyingly covered in blood. The responsible party reportedly fled after the incident, leaving only traces of brake marks on the road.

Deputy Inspector General Wongsatorn Makkanan said that the police would continue to investigate the case to find the hit-and-run vehicle by looking through CCTV footage and interviewing local witnesses. Meanwhile, the body of the deceased would be transferred to Banglamung Hospital while waiting for his relatives to contact the authorities for conducting a religious burial ceremony. 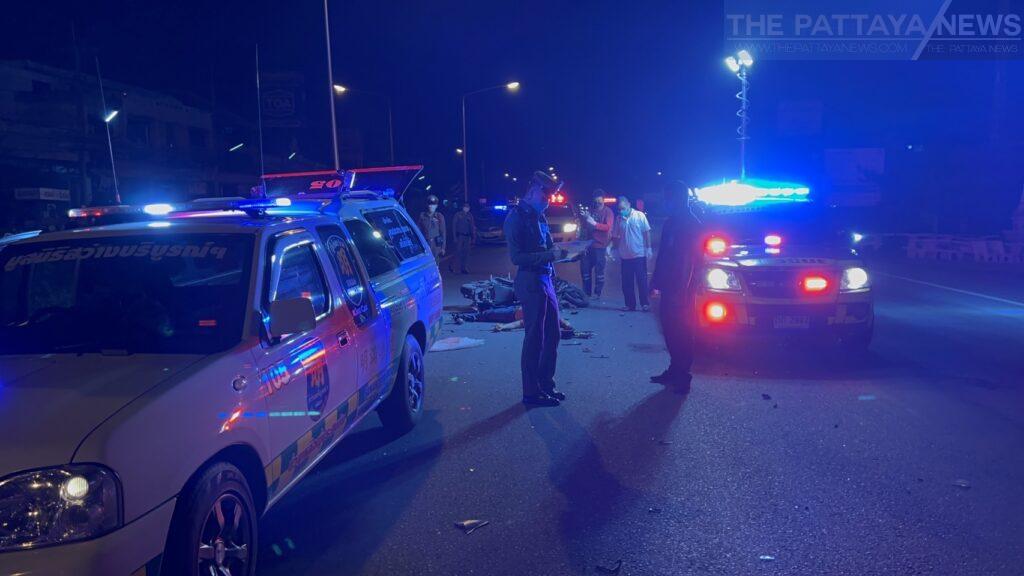