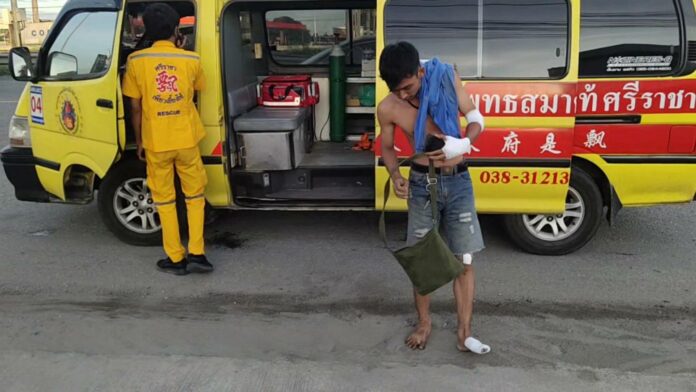 A young 20-year-old motorcyclist tripped over a deep pothole and injured himself in Sri Racha. According to reports, the young male victim, Teerathat Banthengjai, 20, sustained huge abrasions on his elbows, forearm, and feet. He told the rescuers that he drove his Blue Honda C125 motorbike over a deep unmarked pothole at the intersection and tumbled.

“I was driving home and ran over and into an unmarked pothole,” Teerathat expressed his grievance explaining that “The pothole is extensive and barely visible with no warning signs.” 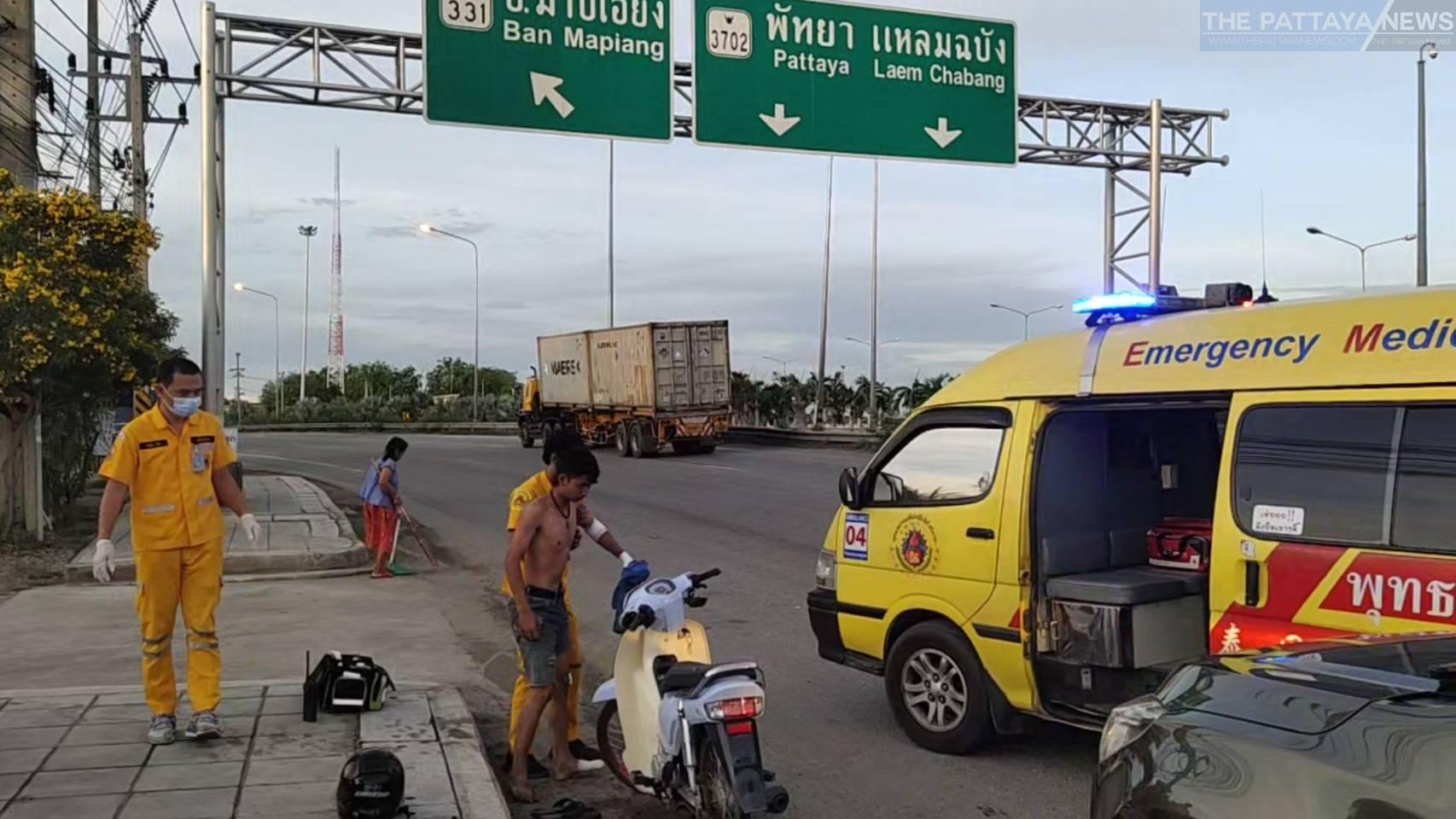 Teerathat went on that the intersection had few street lights, which drastically worsened his vision at dusk this morning. The rescuers took him to a local hospital for a medical check-up. 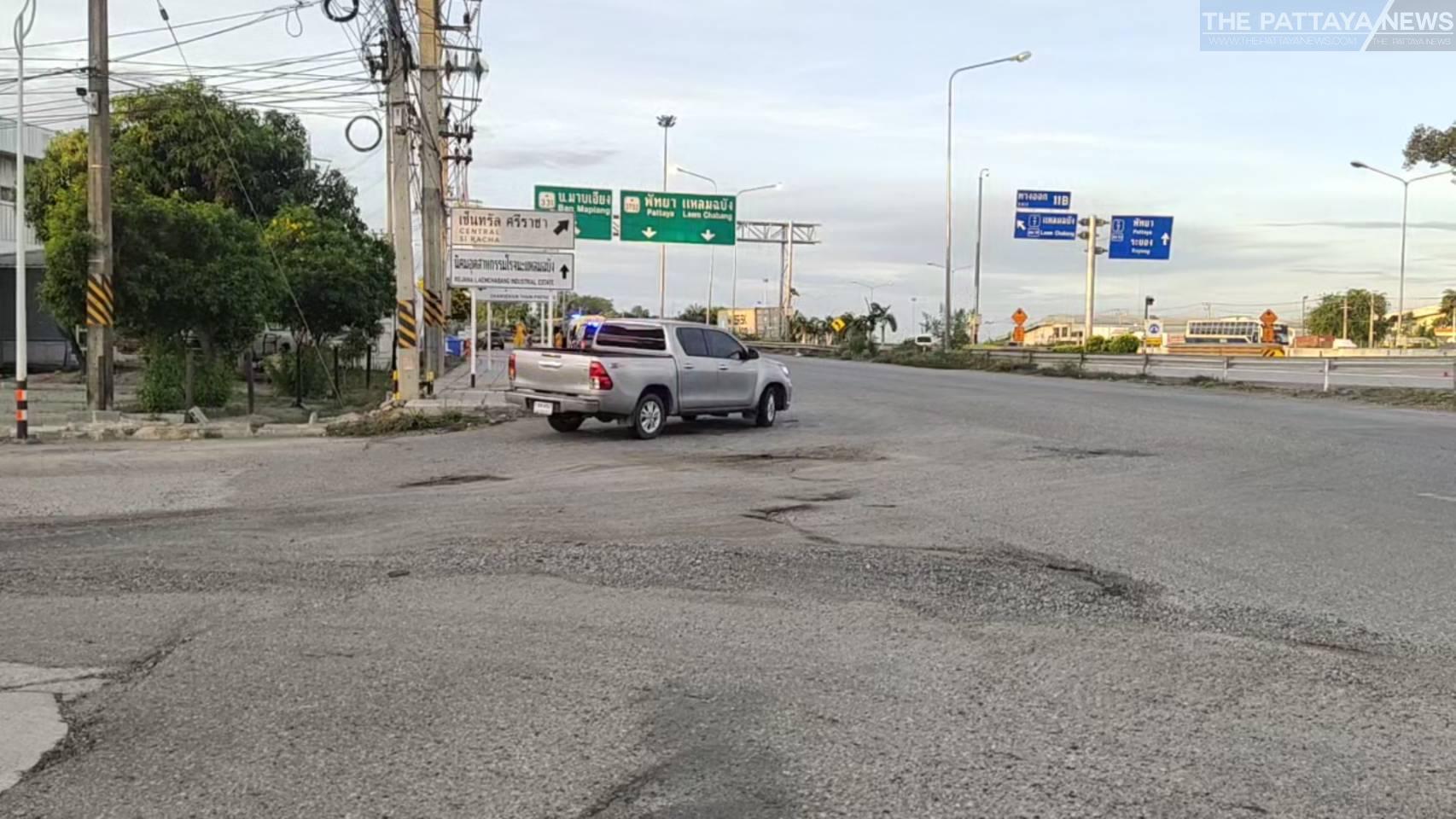 According to The Pattaya News reporters, many locals have previously complained about this particular road being riddled with potholes. Many accidents, minor and sometimes life-threatening, occur at the same spot, especially at night. They pleaded with the Chonburi Highway District 2 in charge of the road to take action.