Pattaya locals and tourists alike continue to fill up the extended Na Jomtien Beach to shop for street food after city officials have made the decision to at least temporarily allow beachside vendors.

In the ongoing saga of the extended Na Jomtien Beach, an official order has been published not to place anything on the beach vendor-wise or sidewalks by the Na Jomtien Municipality. It remains to be seen if it will be enforced/followed. 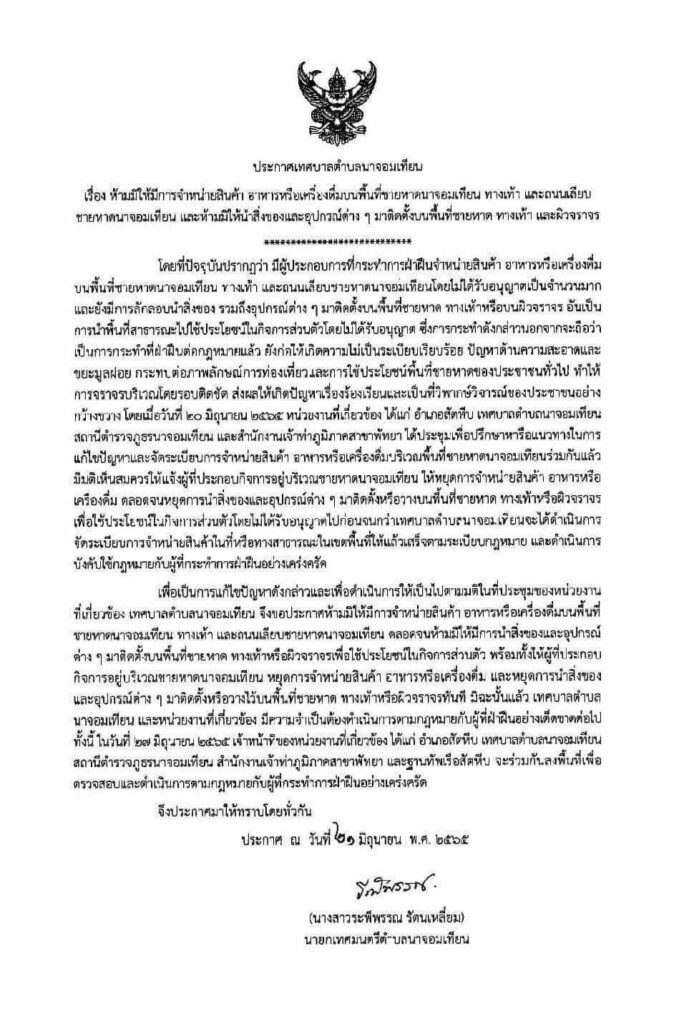 Beachgoers also occupied the beach by sitting on a mat or using a beach bench service.

One vendor revealed to local media that Na Jomtien city officials have temporarily allowed vendors to sell on the Na Jomtien beachside from 6 PM to midnight. This easing is until the Na Jomtien Municipality could determine a new spot for them and speak with the new Pattaya Mayor about managing the traffic and popularity of the area.

Vendors were thankful for this leniency as most were just back to business after having to shut down due to Covid-19, according to local media. However, they urged the officials to expedite the procedure to legitimize selling at the beachside.