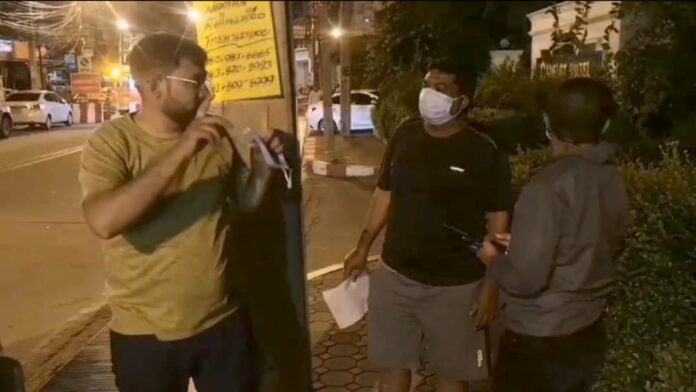 An Indian tourist claimed that his gold necklace worth over 100,000 baht was stolen allegedly by what he described as two transgender individuals. This marked the eighth recent similar incident in the Pattaya areas.

An investigation inspector Pol. Lt. Col. Nattawat Ploenchit received a theft report early this morning at 1:30 AM, June 22nd. The foreign complainant claimed his gold necklace worth 100,000 baht was stolen while he was out for an evening of relaxation in front of a hotel on Pattaya Second Road in the Nong Prue subdistrict of Banglamung, Chonburi. The Indian victim, Mr. Nareshkumar Labhshankar Pandya, 47, was waiting for Pattaya Police at the incident scene in panic, according to reports. He told police that the two suspects whom he described as transgender individuals on a motorbike pulled over near him in a very dubious manner. 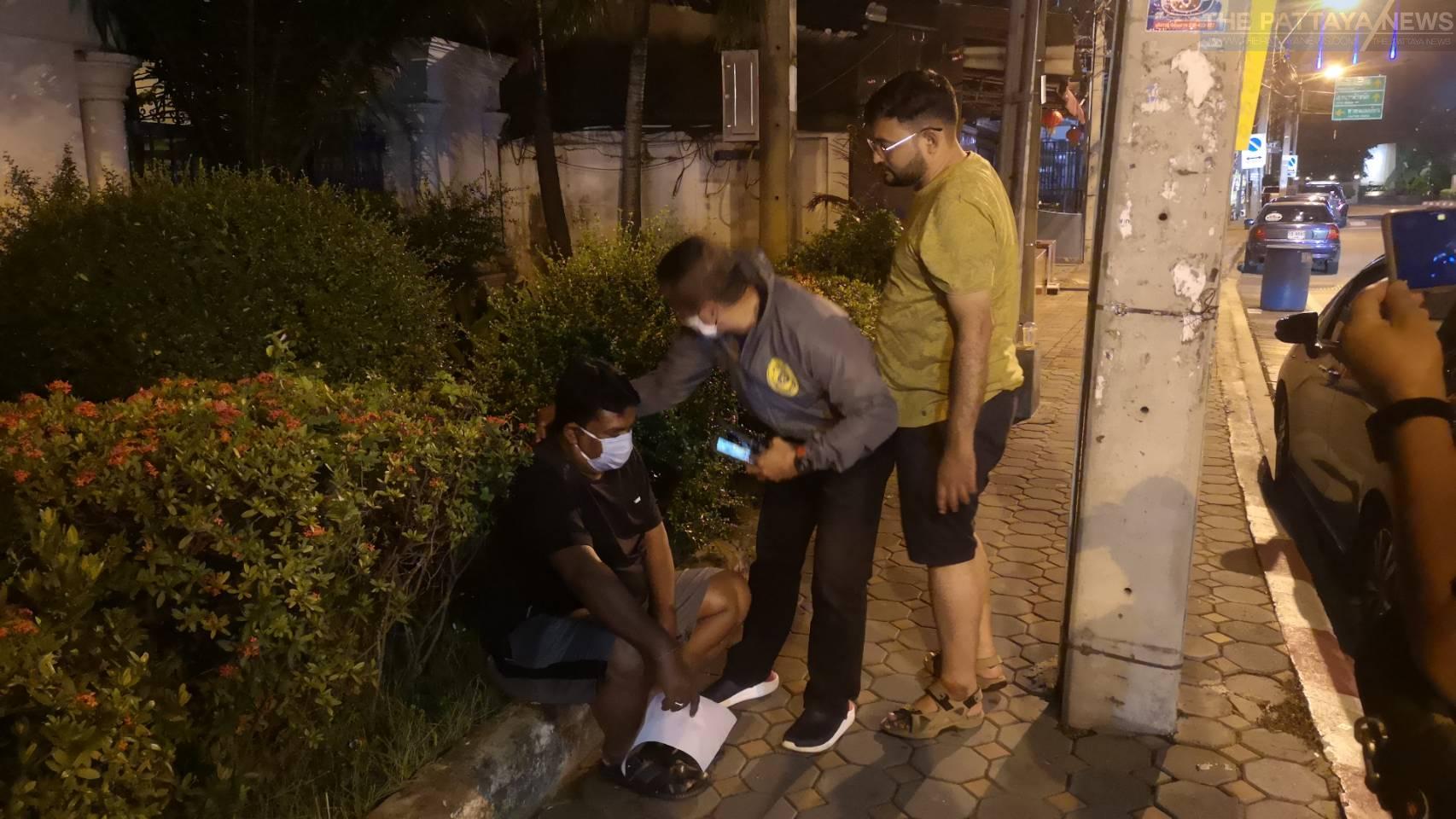 The two suspects then circled him and offered him companionship, which he declined and tried to push them off, the victim stated. To his surprise, one of the suspects suddenly hugged him and stripped his necklace without him noticing before fleeing on a motorbike.

Mr. Nareshkumar (the victim) claimed he only realized about his missing necklace once the two suspects had slipped away. 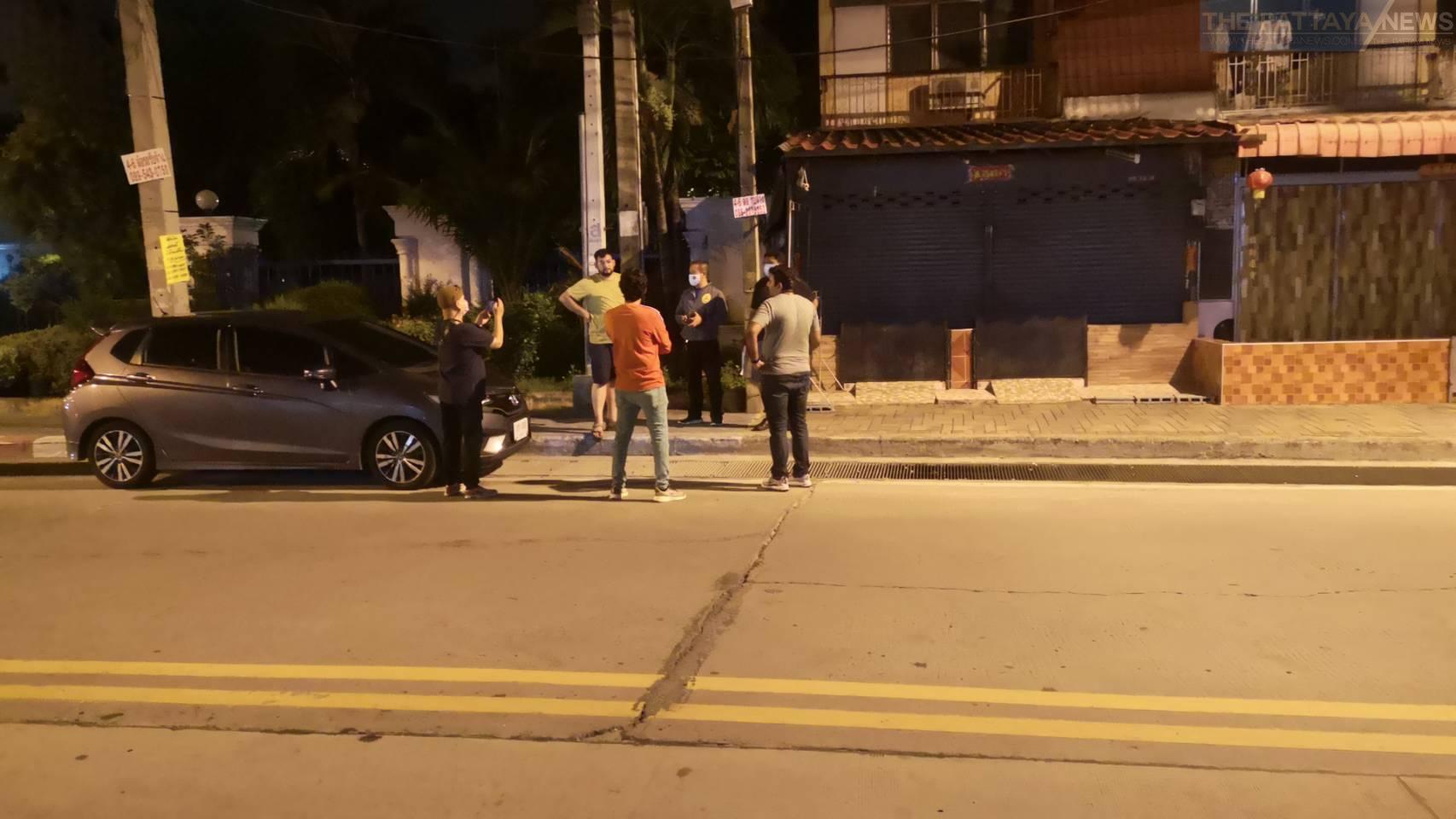 Initially, inspector Nattawat Ploenchit directed his subordinates to investigate the incident scene and review CCTV footage to track the two suspects. He also said that Pattaya police previously arrested one suspect in a similar thief, but the thefts involved many suspects, so we may see another arrest soon.

TPN notes that the Indian businessmen and the Indian Community of Pattaya recently asked the Pattaya mayor to prioritize Indian tourists’ safety against pickpocketing, which has become a recurring incident in Pattaya.

You can learn more about the last incident here.