Motorists who avoid paying traffic fines now may face arrest according to the new law by the Royal Thai Police, effective immediately.

Police Major General Jirasan Kaewsaeng-ek, the Deputy Commissioner of the Metropolitan Police Bureau (MPB), told the Associated Press on Monday, June 21st, that the new traffic law will allow the authorities to issue an arrest warrant against motorists who fail to pay their fines before the deadline.

They will receive a warning first, followed by two summons. If they failed to settle the fines, then the police would request the Court to issue an arrest warrant.

The new regulation was launched after many motorists were found to have failed to pay their collective fines and continued to repetitively violate the same traffic rules. Therefore, serious action was decided against the violators. 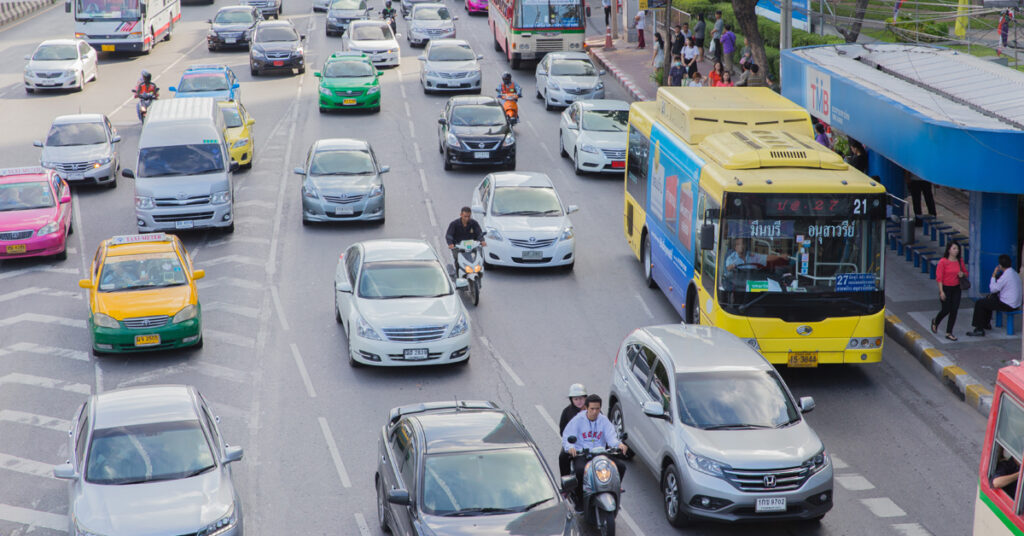 The Deputy Commissioner said: “The arrest warrant would affect many legal aspects, such as the right to do various juristic acts and their credibility because their names were listed in the central registration of the Royal Thai Police. The main goal of enforcing this law is to reduce traffic and accidents.”

The regulation is effective from Monday, June 20th, onwards. Motorists are recommended to review their fines that are not yet expired (1-year period) and pay the ones with repetitive offenses first.