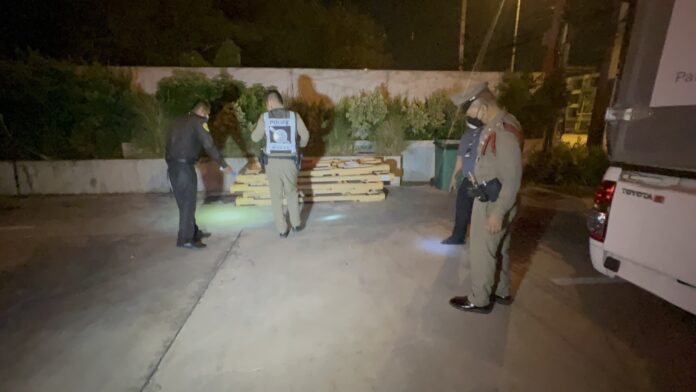 An intoxicated Burmese man allegedly stabbed his friend in the face with scissors while drinking after a reported verbal insult.

Earlier this morning, June 21st, Na Jomtien police rushed to the assault scene in the Na Jomtien subdistrict of Sattahip district, Chonburi, after being notified that one man was stabbed in the face.

According to reports, the Burmese victim, who goes by one name, Wailukyaw, 28, suffered two stab wounds to his nose and ear. He was quickly transferred to the Wat Yansangwararam hospital.

The attacker reportedly happened to be his Burmese friend named Maung Zaw, 33. Maung said himself that his friend and he were previously drinking together until the victim teased him verbally about his appearance. Maung admitted that he became frustrated, so he grasped a pair of scissors and stabbed his friend in the face. He also conceded to doing it while being intoxicated.