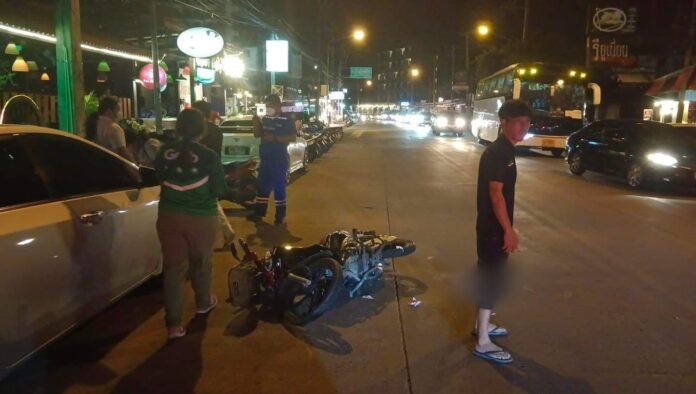 A 55-year-old female motorcyclist collided with a pedestrian and seriously injured herself in Pattaya. However, she was fortunately aided by Pattaya hospital staff who happened to pass by the accident. According to reports, a female motorcyclist named Putthachat Chadi (55) crashed into a female pedestrian who was trying to cross the road. The motorcyclist then fell and knocked her temple against the road, severely injuring her head and sustaining dizziness. However, a pharmacist (name and age not given) at the Pattaya Hospital who was on her way to work saw the accident and rushed to help the motorcyclist, according to reports. The pharmacist ceased the bleeding and moved on to the female pedestrian Kultida Tawarat (24) who was struck by a motorbike but only got a minor head injury. 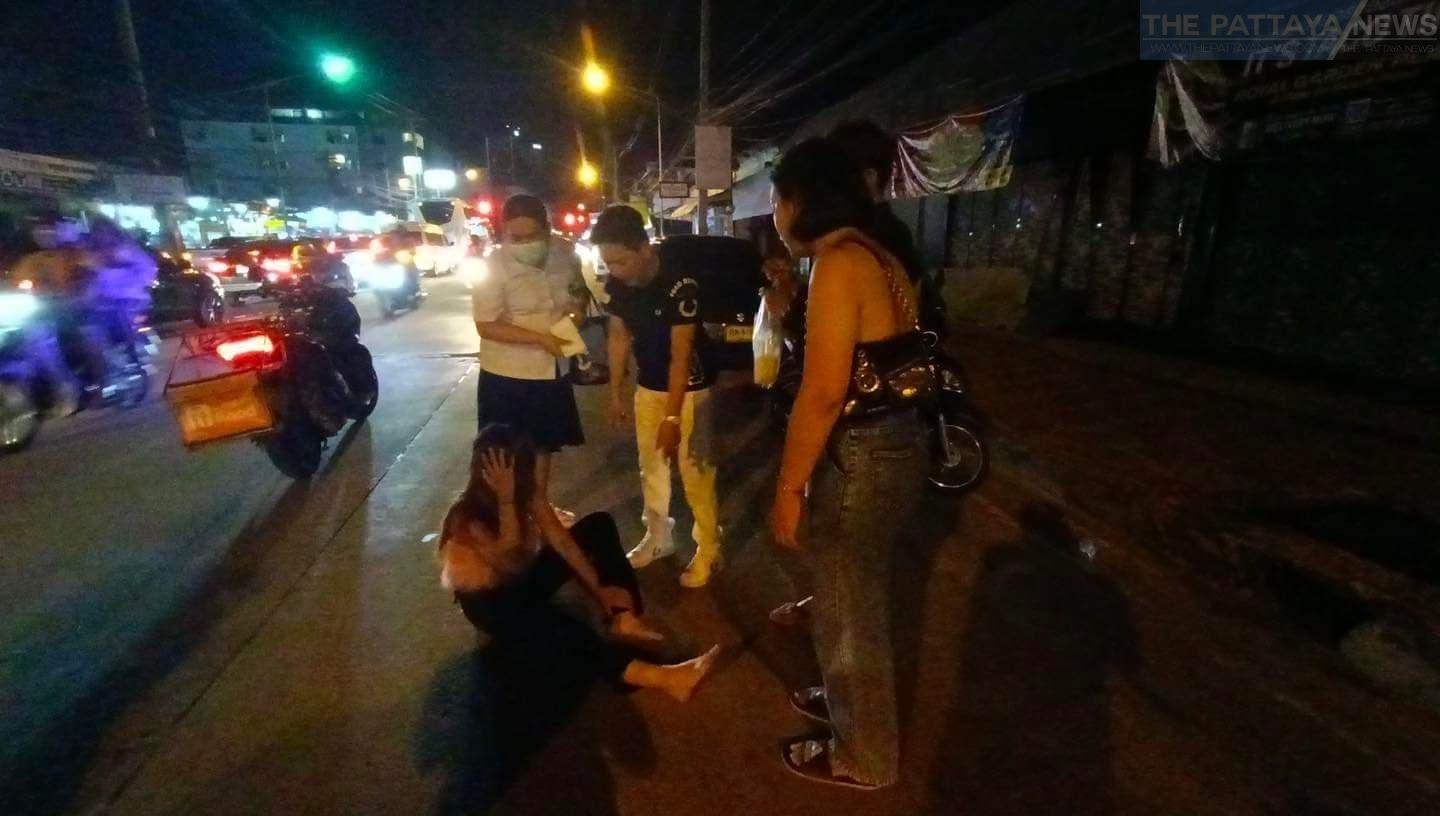 According to the victim’s (Kultida’s) friend, Putthachat was driving at high speed before crashing into her friend. She also stated that the pharmacist instantly came to the motorcyclist’s aid and helped stop the bleeding. They were from Maha Sarakham province and were unfamiliar with the traffic, the victim’s friend said.
Putthachat and Kultida were admitted to a Pattaya Hospital for treatment as of press time.
=-=-=-=-=-=-=-=-=-=-=-=-=-=–=–=–=–==-