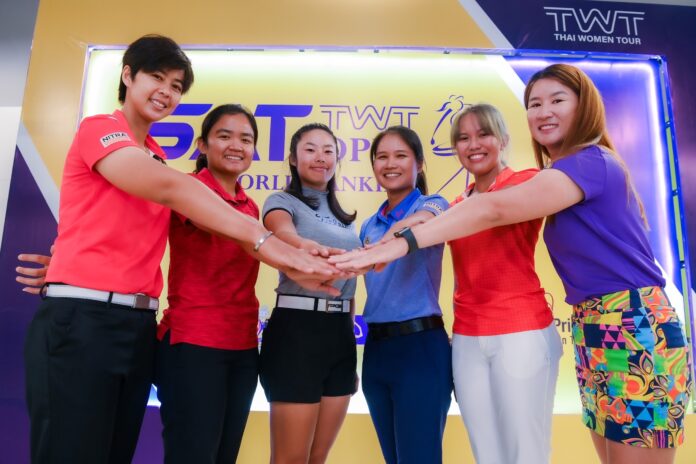 The opening circuit of the SAT-TWT Open Road to World Ranking which offers total prize money of Bt2.5 million will tee off between June 22-24 at the Phoenix Gold Golf and Country Club in Pattaya, Chonburi.

Thai Women’s Professional Golf Association (Thai WPGA) president Chanya Sawangchit announced during the press conference on Tuesday that a total of eight SAT-TWT Open series with overall prize money of Bt20 million will be staged throughout the entire 2022 season.

“I’m confident that women’s golfers have the ability to compete with players from around the world as long as they can develop their skills systematically and have tournaments to play continuously,” said Chanya during the presser attended by Lieutenant General Doctor Peerapong Manakit, Senior Advisor of the Thai WPGA, and Nittaya Kerdjuntuk, Director of the Office of the Professional Sports Committee. 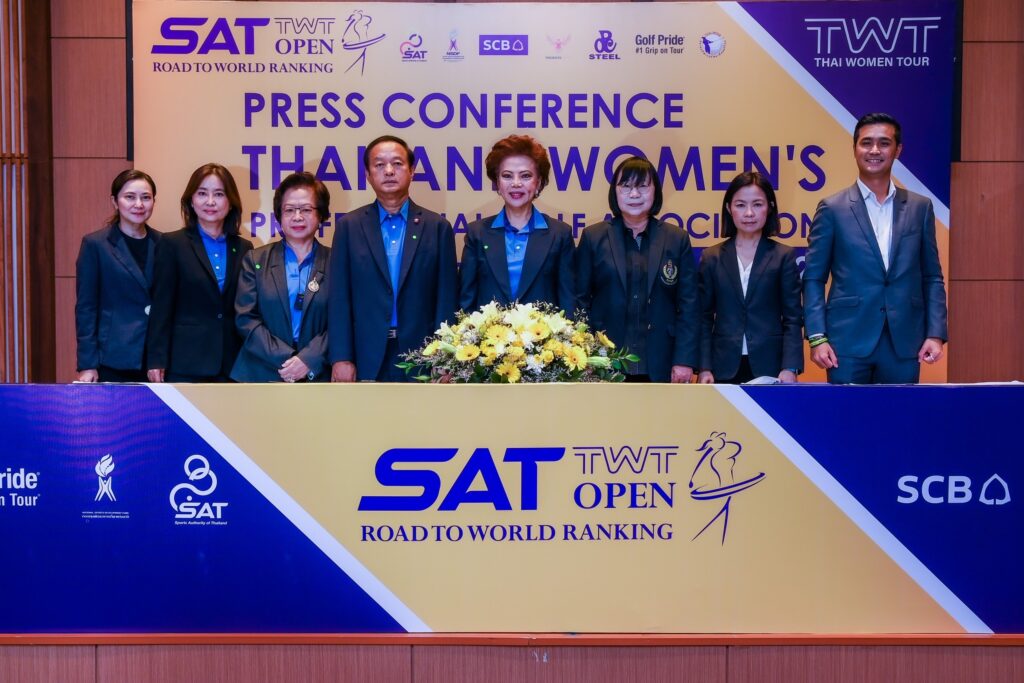 Nittaya said that: “On behalf of the public sector which supports women’s golf tournaments, we are glad to be part of the thrust that helps develop professional sports in Thailand. I would like to take this opportunity to thank the organizers, sponsors, and the media for playing significant roles and showing support in the organizing of this event. ”

Lieutenant General Doctor Peerapong said: “Presently, it’s widely known that golf is one of the sports that gain reputation and huge revenues for the country. Moreover, Thai golfers have proved that they have the potentials to compete on the global stage which inspires and motivates youngsters to pursue a career in golf and follow their predecessors. The Thai WPGA Tour aims at developing our tournaments to meet the global standard, gain recognition, and feature world ranking points eventually.”

The SAT-TWT Open Road to World Ranking, the first of all eight circuits in 2022, will be competed in a three-day stroke-play format with a total of 54 holes (18 holes each day). The field acceptance will not exceed 132 players with only the top 60 and ties, after 36 holes, proceeding to the final round. The winner will receive the top prize money of Bt367,500.

The Thai Women’s Professional Golf Association has been established with the objective to support and promote Thai women’s golf activities. The association aims at organizing local tours with world ranking points in the near future which will pave the way for Thai golfers to the international arena. In addition, Thai women’s golfers can use the tour to develop their skills to meet the universal standard. Moreover, medium-proficiency level players can gain experience from Challenger tours which can help produce new generation players and at the same time develop golf human resources and systematic golf organization locally.