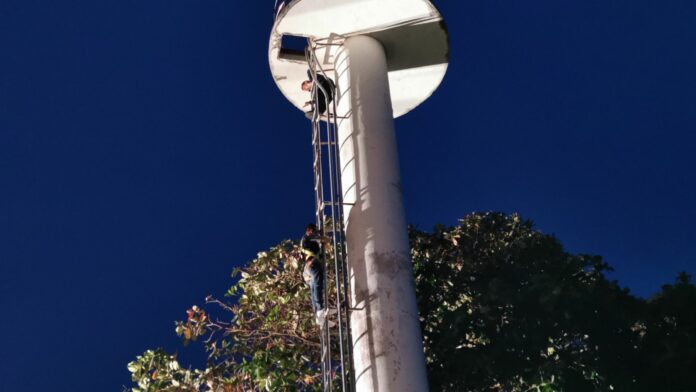 A 51-year-old Chinese man climbed the Jomtien Beach tsunami alarm tower across from Jomtien night market after allegedly being defrauded for one million baht in a property scam. The man was also reportedly threatened by the scammer. 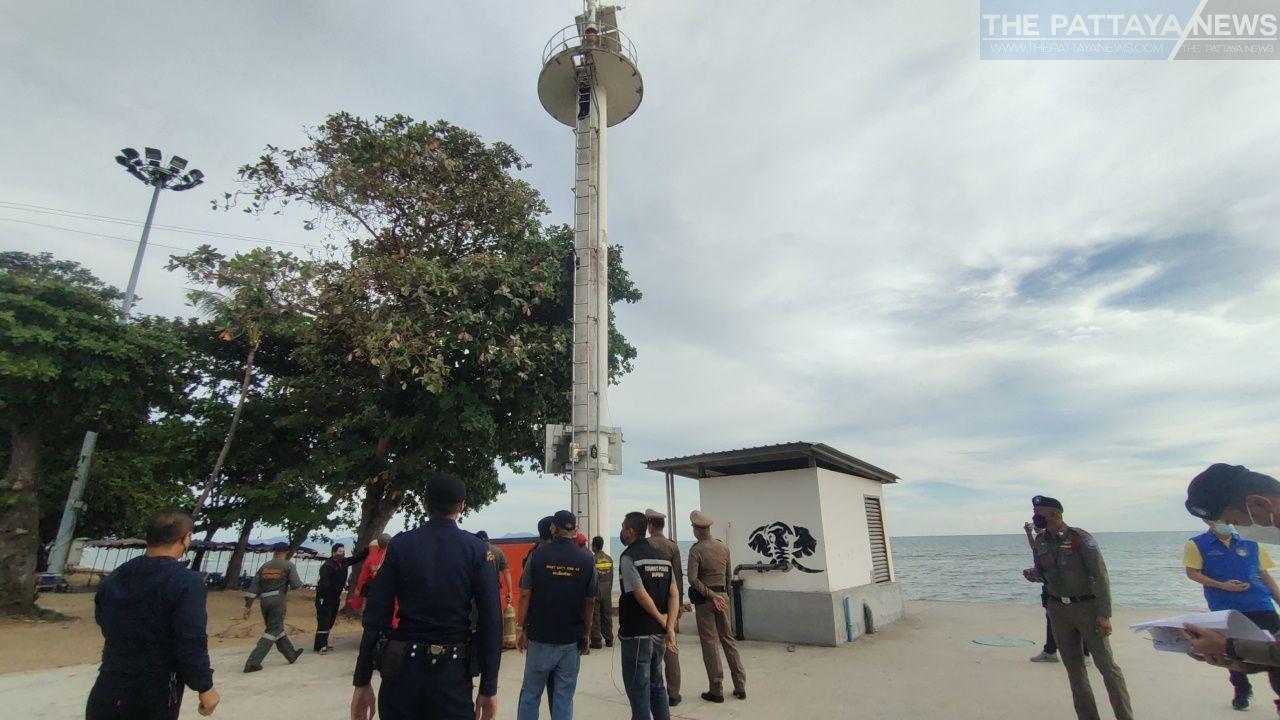 A crowd of bystanders was gathering at the incident scene before police officers arrived. Mr. Q (full name withheld by TPN), a 51-year-old Chinese man, was hanging from the 20-meter tall tower ladder, threatening to jump, according to The Pattaya News reporters on the ground. 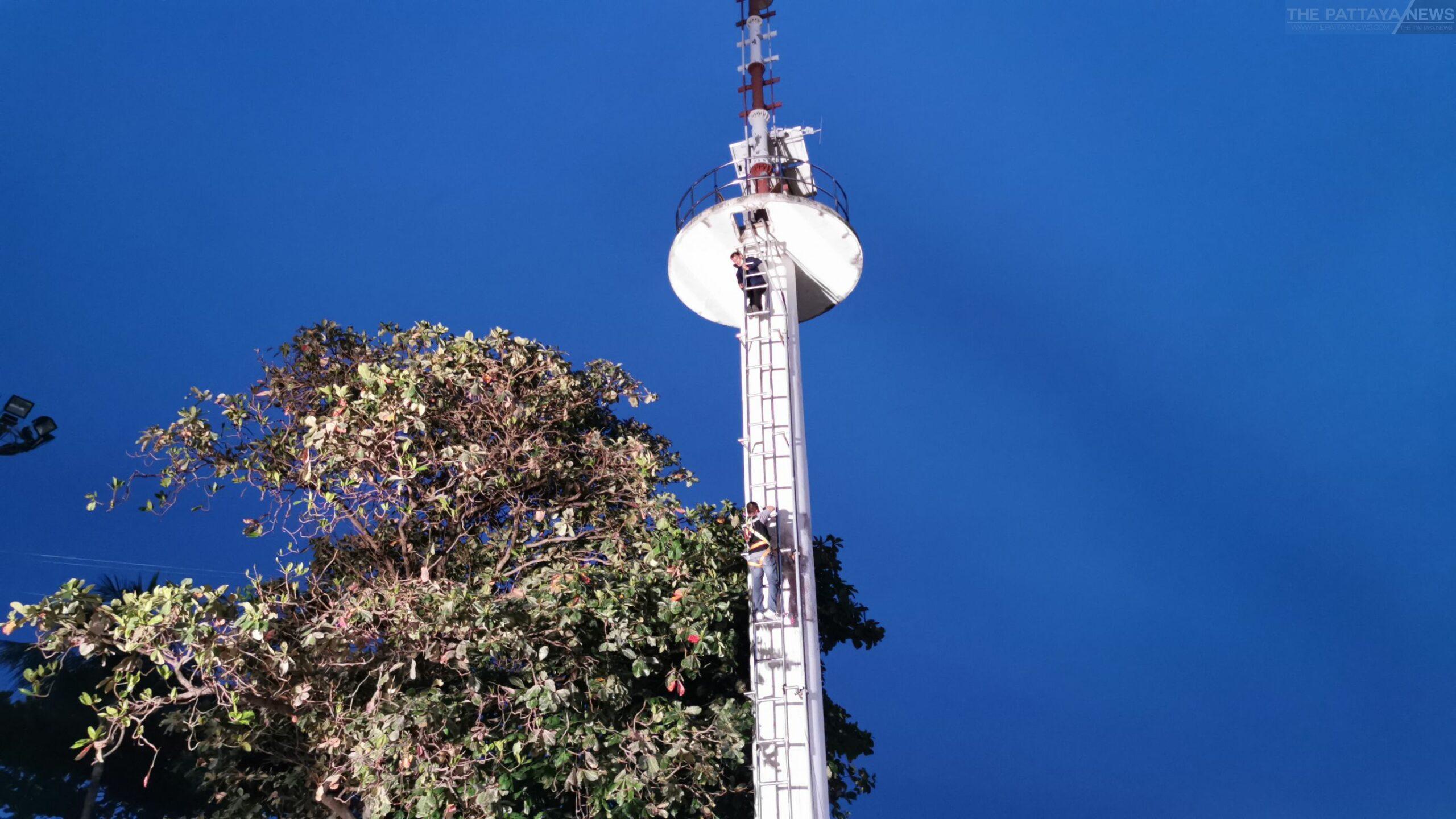 The officers, including a Chinese interpreter, tried to subdue him for four hours but failed until the interpreter decided to climb up the ladder to talk to him from above, according to the Pattaya News reporters. Mr. Q then eventually calmed down and descended the tower without injuries. The victim told the officers that he was defrauded in a property scam for one million baht and filed a lawsuit against the scammer at the Pattaya Police Station. However, the scammer brought his company to threaten him, causing him to suffer from overwhelming stress and forcing him to consider taking his own life, the interpreter told The Pattaya News reporter. 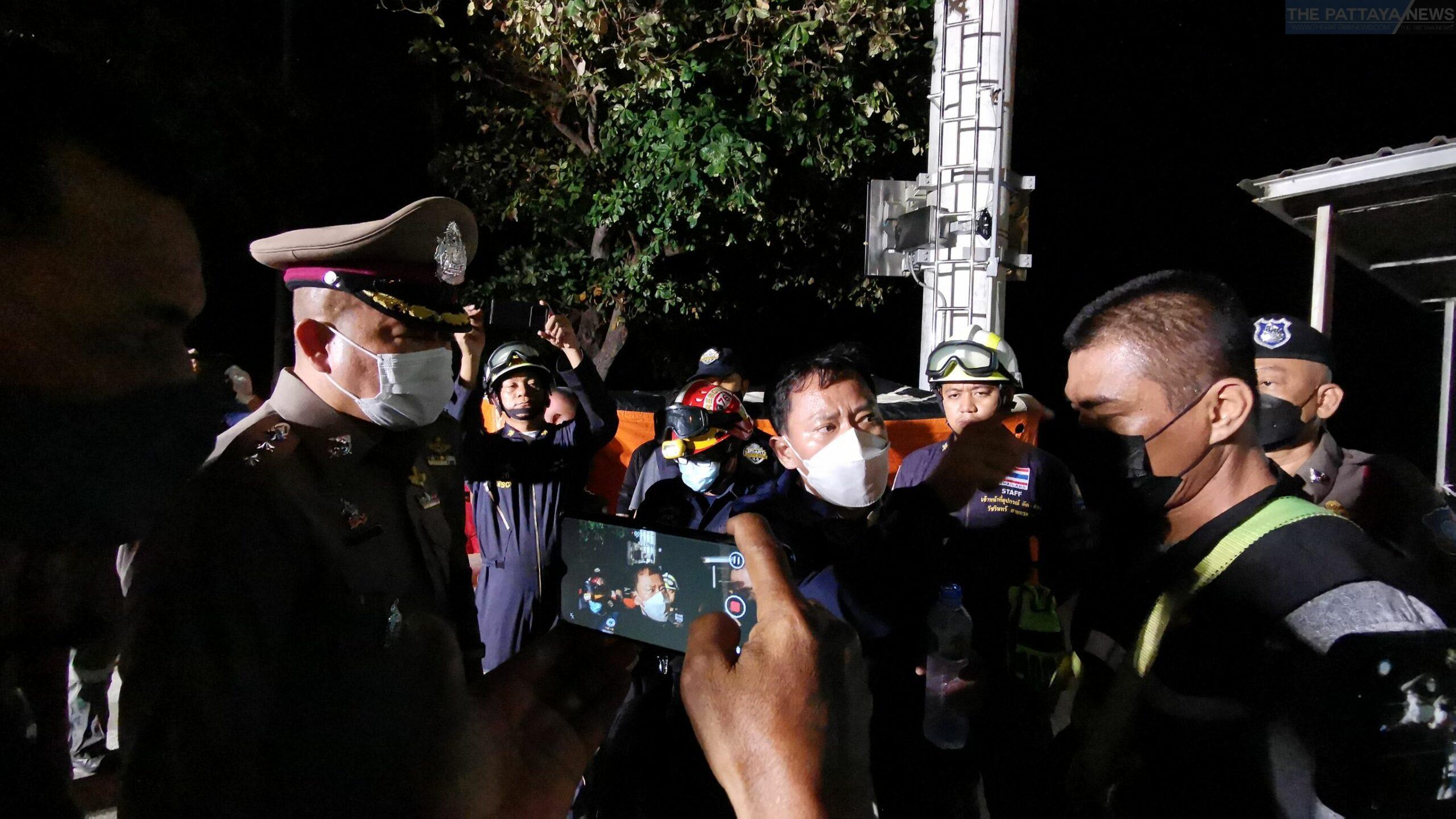 Pol. Col. Kulchat Kulchai, who is also the chief officer at the Pattaya Police Station, said that Mr. Q’s lawsuit had been transferred to the prosecutor already. He would also follow-up up on the case and Mr. Q’s well-being.