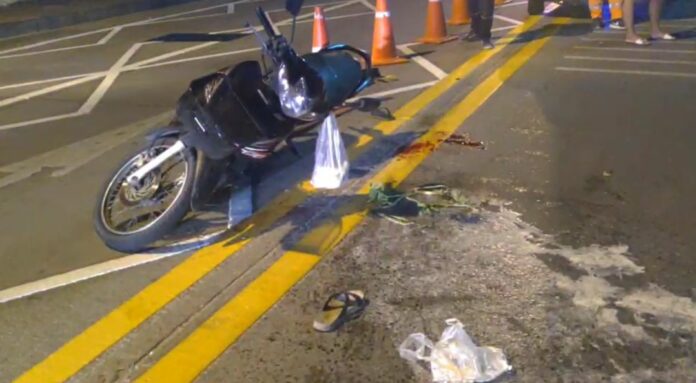 A female motorcyclist and her passenger were injured in a hit and run with a sedan in Pattaya.

Sawang Boriboon Thammasathan Foundation rescuers responded to a hit-and-run report in front of the Pho Samphan temple on Pattaya Road in the Na Kluea subdistrict of Banglamung, Chonburi. The report came in the early morning of today, June 14th. 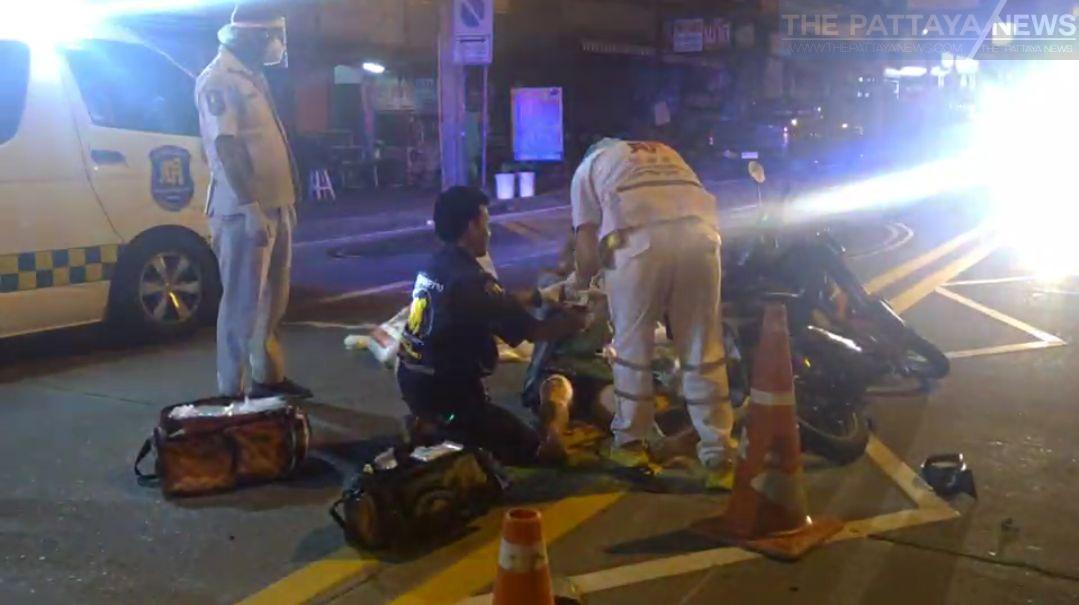 Two female victims (name and age not provided) were found beside their damaged motorbike. The rider, according to The Pattaya News reporters, sustained broken wrists and tears in her knees while her passenger only sustained minor injuries. Rescuers also found a part of a car’s side-view mirror on the road and kept it as evidence. 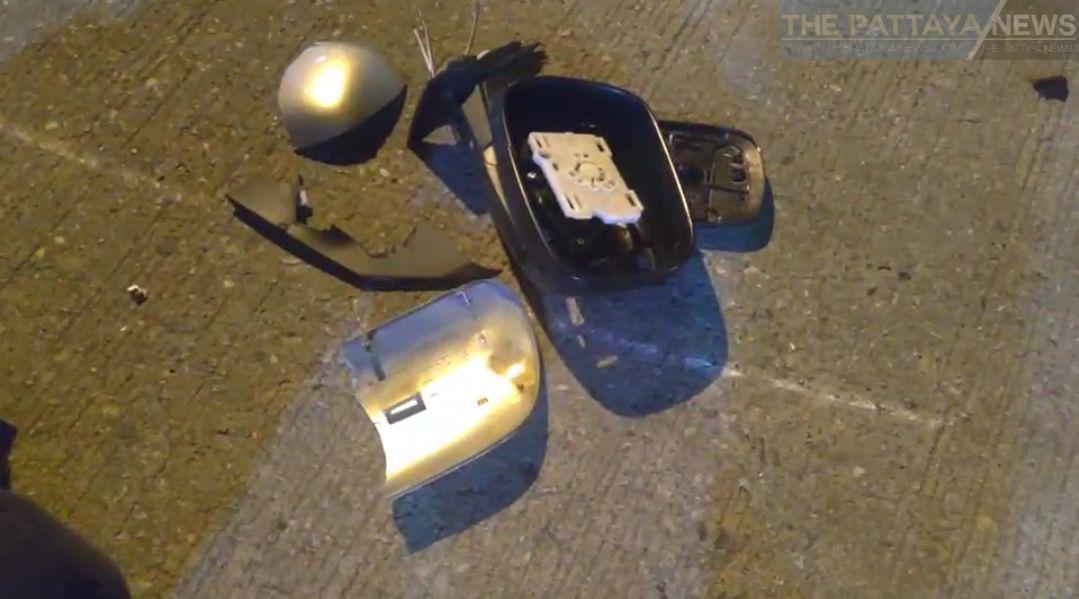 One of the victims told The Pattaya News that they were on their way home from the morning fish market. They were, according to her, driving normally when a sedan crashed into them from the front and sped away.
As of now, police were investigating the accident scene and would review CCTV footage to track the sedan.
=-=-=-=-=-=-=-=-=-=-=-=-=-=–=–=–=–==-