A male motorcyclist was stuck under a taxi and seriously injured after a collision in Banglamung. The taxi driver tried to escape but got captured by an eyewitness.

Rescuers were notified of a road accident early this morning, June 14th, on a highway near an overpass in the Nong Prue subdistrict of Banglamung, Chonburi. 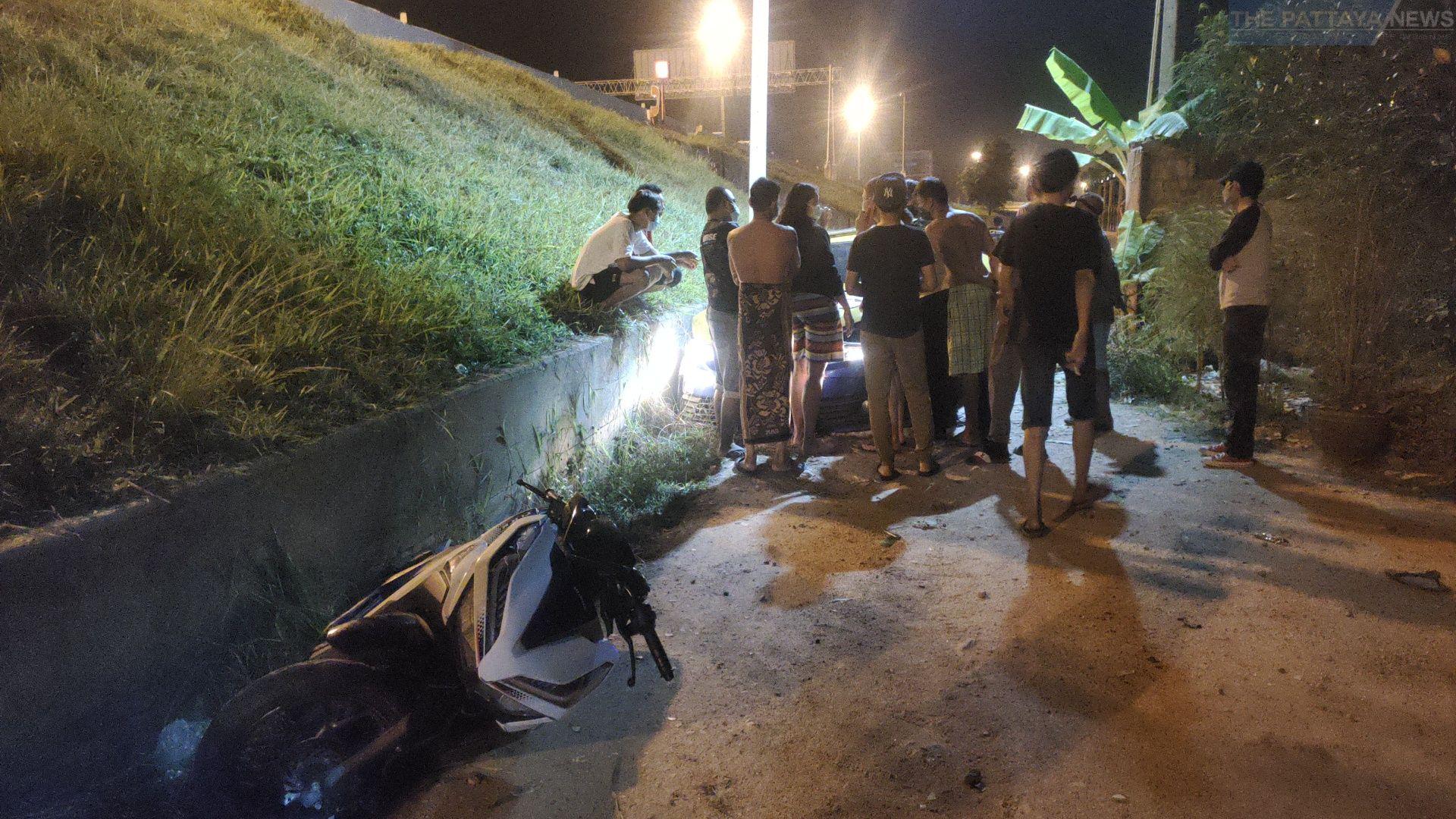 The injured motorcyclist, Jetrin Doochairam (age unknown), was found trapped under a taxi that belonged to Boonkrai Charoenram. Jetrin suffered multiple serious injuries and was transferred to an emergency unit at the nearest hospital. 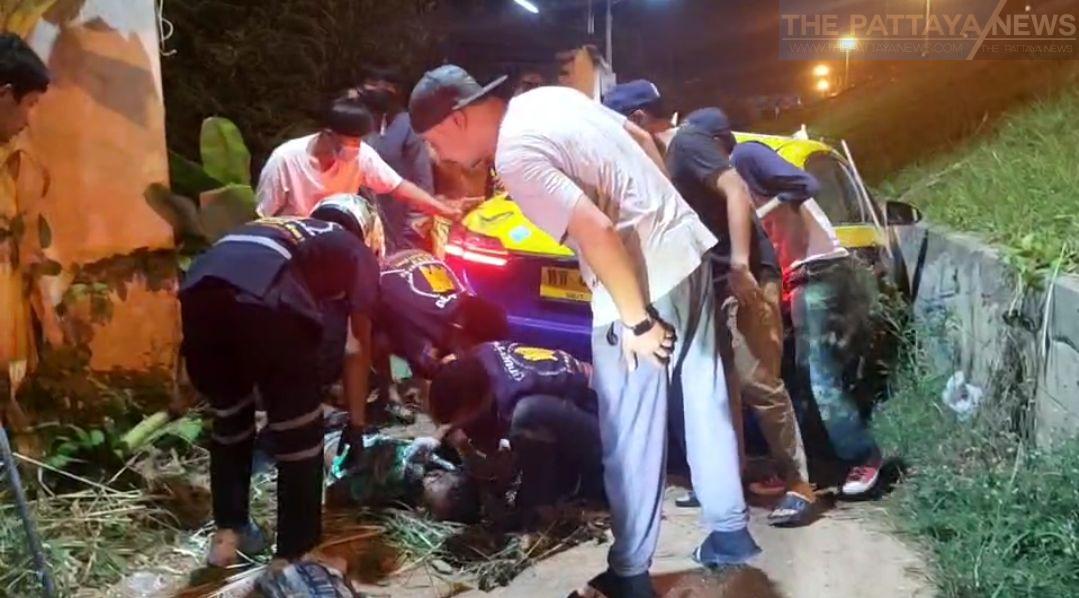 According to an eyewitness (name and age not provided), he was relaxing in his house and was startled by a loud crash. He ran to the scene just outside of his home to find the victim stuck under the taxi while the taxi driver was running away down the highway. The eyewitness and other nearby residents then captured Boonkrai, the taxi driver, physically restraining him, and contacted rescuers and law enforcement.
Jetrin was expected to make a full recovery and upgraded from critical condition as of press time. Nong Prue police, who were in charge of the area, stated that they would question both parties in order to be fair.