Some Pattaya locals were perplexed by freshly painted zig-zag lines on Chaiyapruek Road and some other areas in front of pedestrian crossings. Police claimed it helped slow down drivers.

Yesterday, June 10th, local media went to Chaiyapruek Road and Walking Steeet in the Nong Prue subdistrict of Banglamung, Chonburi, after a picture of zig-zag street lines captured by local residents went viral on Facebook and sparked a lot of questions.

The majority of the questions concerned the definition of the lines and how drivers should react to them. 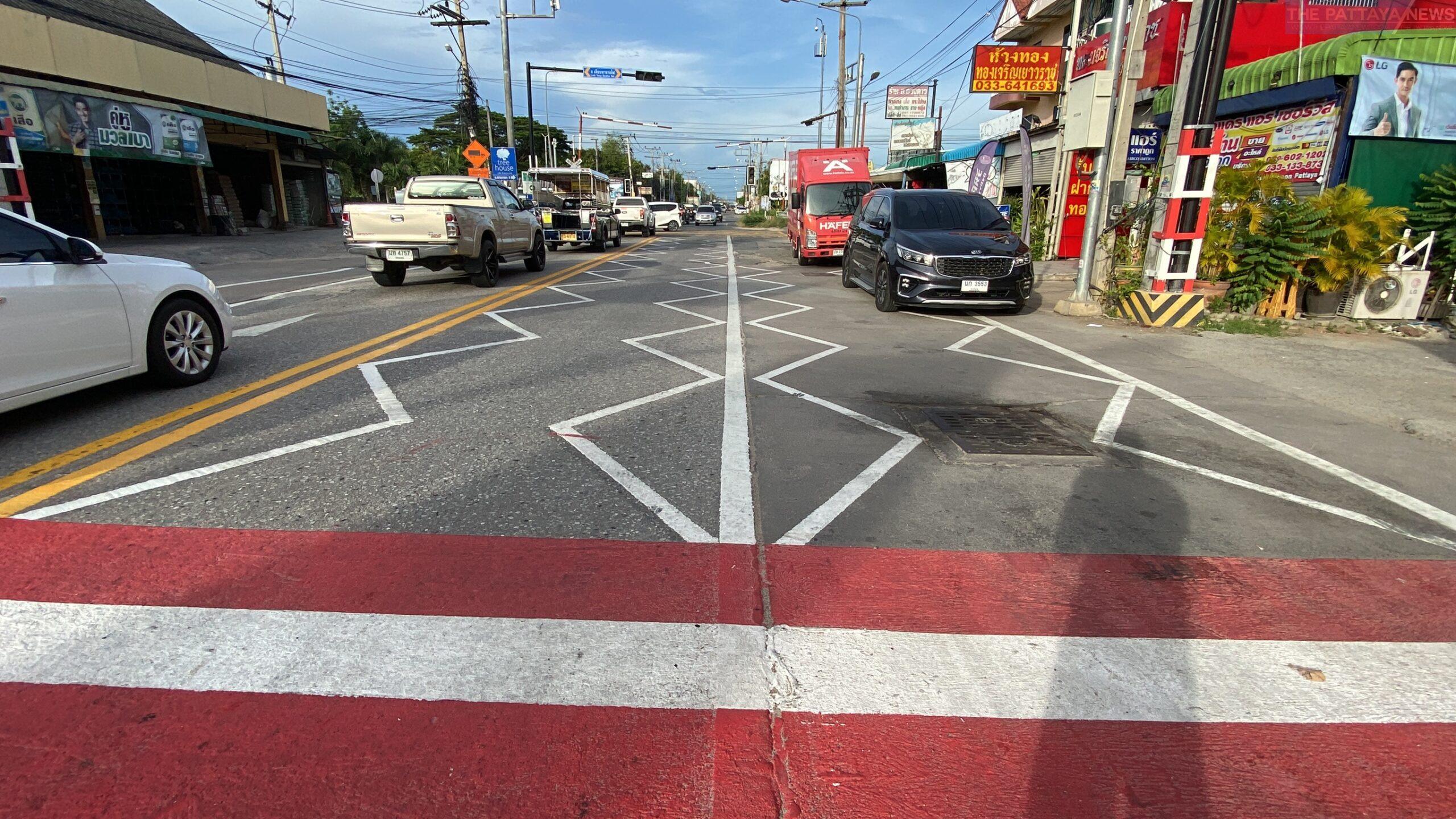 According to The Pattaya News reporters, the zig-zag lines were about 15-20 meters long and covered two lanes before reaching a crosswalk.

One grilled chicken vendor identified only by his nickname as James told The Pattaya News that he did not know the lines purpose until a painter told him that it was to slow down drivers in advance of crosswalks. 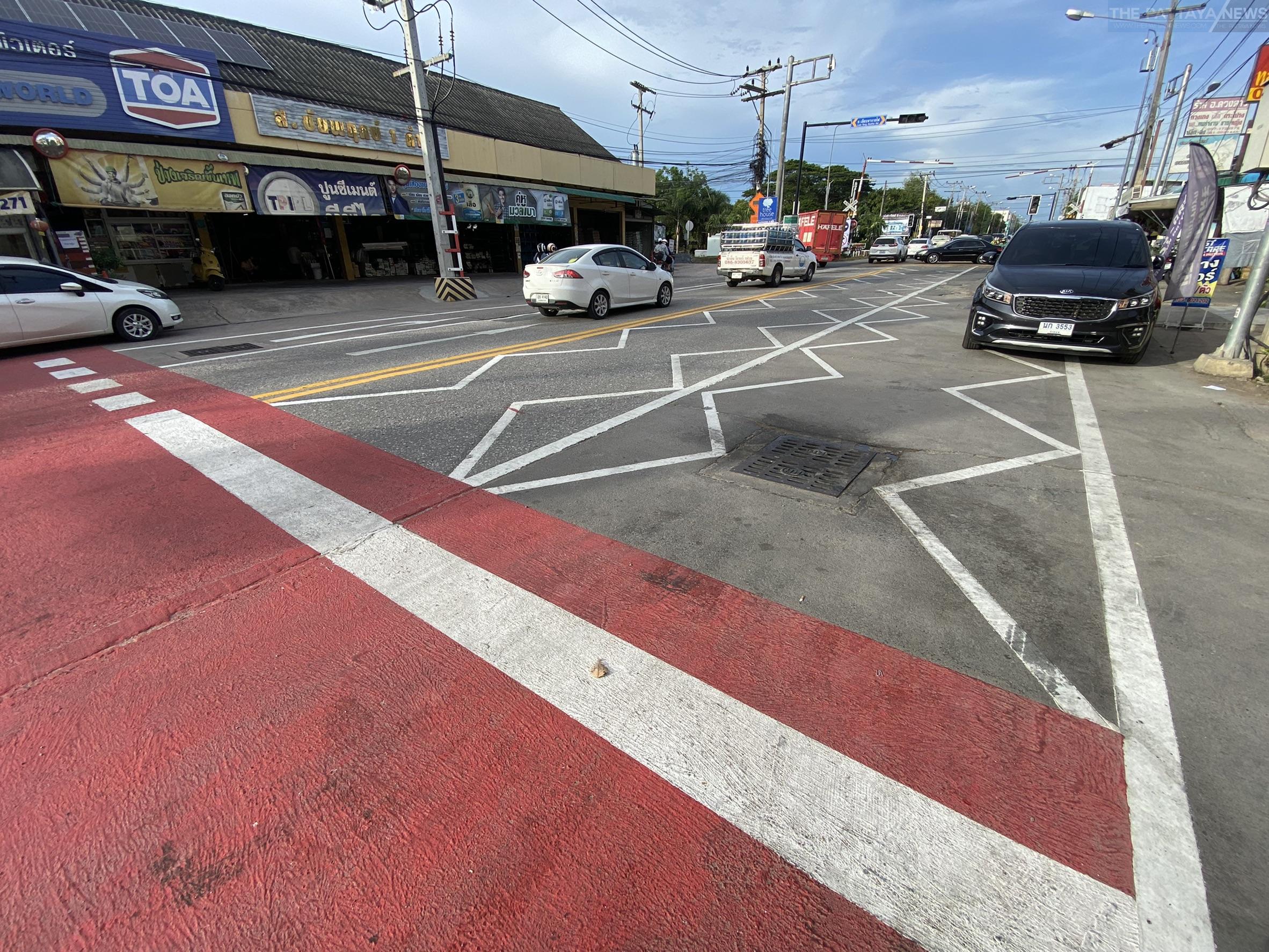 Pitchsinee Kulaeksoracha, Pattaya traffic and transportation analyst, told The Pattaya News that the zig-zag line was a common type of street line used in many countries such as the United Kingdom and Australia.

In fact, Bangkok has used this street line in some areas since 2015, and it has proven to be effective in reducing crosswalk accidents, according to her.

“This street line is designed to be a little bulging and zig-zag so that it will alert the drivers of the crosswalk ahead,” Pitchsinee told The Pattaya News. 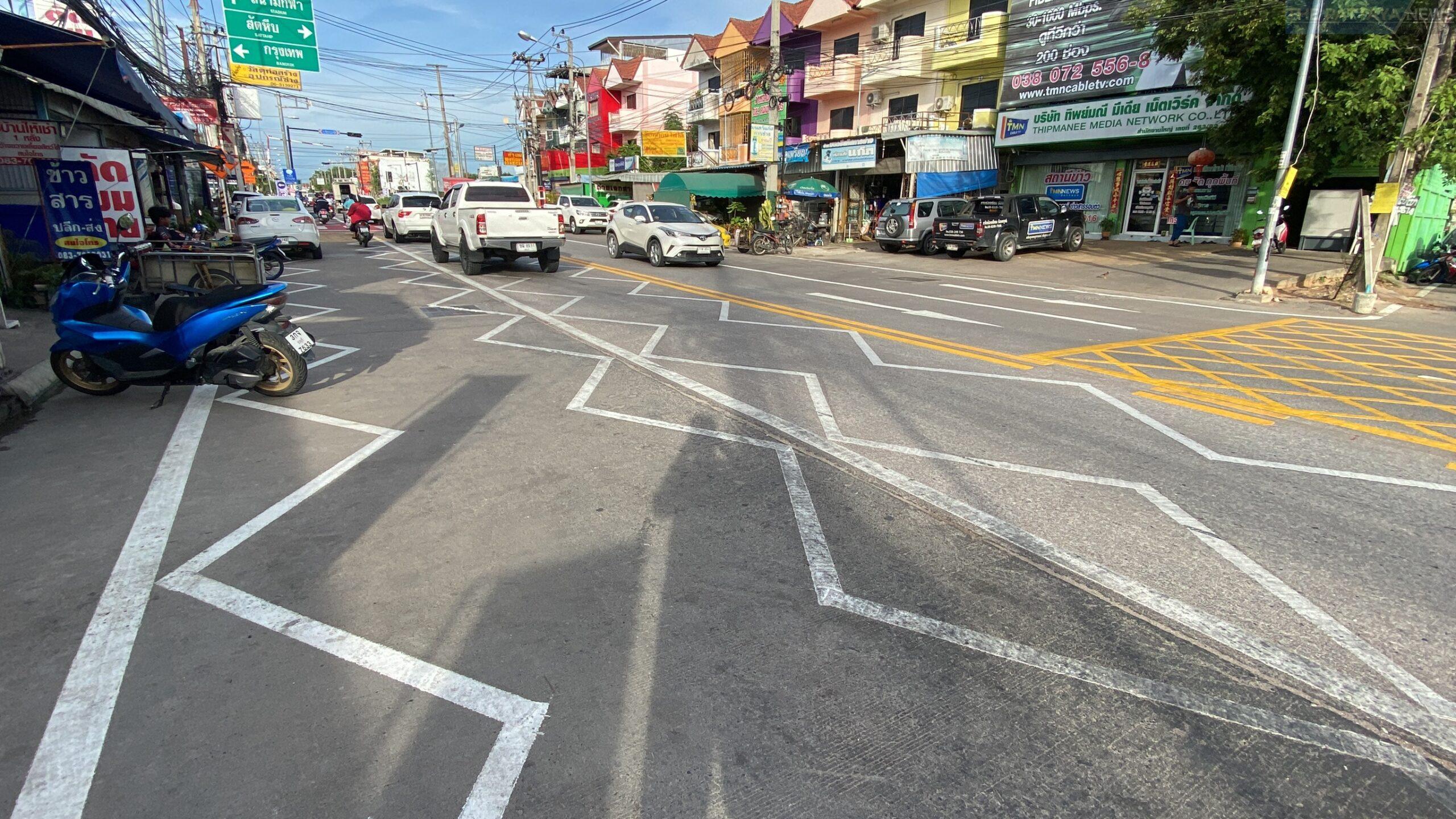 According to Pitchsinee, Pattaya is gearing up the city to comply with the Eastern Economic Corridor (EEC)’s policy in order to accommodate travelers from the Eastern special economic zones.