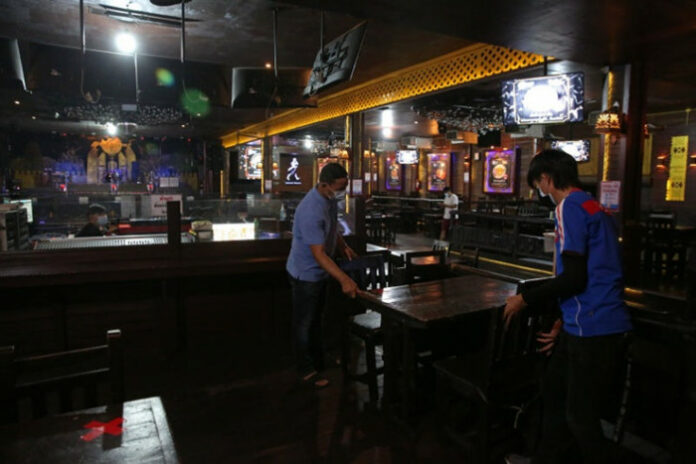 The Bangkok Metropolitan Administration (BMA) has initially introduced a proposal for the cancellation of the mask mandate to the Center for Covid-19 Situation Administration (CCSA). The proposal will be considered at the general meeting next week, June 17th, CCSA Director Suphot Malaniyom told the press today, June 10th.

General Suphot said that the BMA and related government agencies will discuss the potential of the removal of the masks in the capital, mainly considering regulations, requirements, and the safety of the people. The Department of Health was assigned to consider and conclude the details before proposing to the CCSA committee at the general meeting next week. It is unclear if any proposal of lifting mask mandates, currently the rule for all public areas in Thailand, would only be for Bangkok or if it would be extended to other areas.

TPN notes that the proposal of lifting the mask mandates came only shortly after Public Health Minister Anutin Charnvirakul stated that no order or announcement would take place, preferring it to be a natural process. However, many business and tourism providers have preferred clear directions to avoid potential problems.

Moreover, the meeting is going to consider the opening hour extension of entertainment venues from midnight to 2:00 AM. as the initial evaluation of the situation after the reopening was considered to be at a good level. This would also likely include other tourism and entertainment-heavy zones, like Pattaya and Phuket.

According to Suphot, the CCSA will also consider color-zoning adjustments as well as the reopening of the border checkpoints in many areas along the borderline.