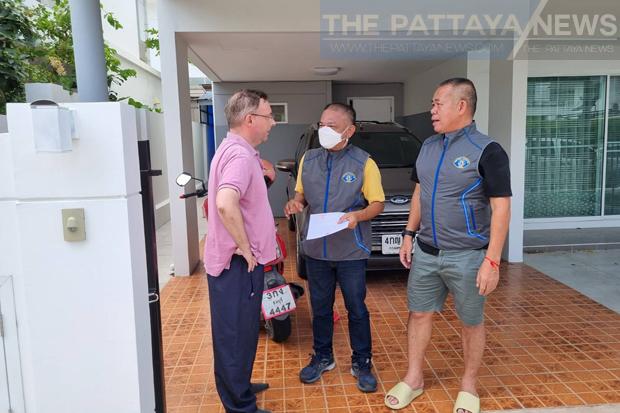 A 45-year-old British man wanted for child sexual abuse charges was arrested by Chonburi immigration officers for overstay and was set for extradition.

Chonburi Suppression of Illegal Immigrants officers collaborated with the National Crime Agency (NCA) to arrest a 45-year-old suspect William (last name withheld by officers) for alleged overstay. The suspect, according to the officers, was also wanted by the UK National Crime Agency on child sexual abuse charges. The arrest took place yesterday, Sunday, June 5th, 2022 in the Huai Yai subdistrict, Bang Lamung, Chonburi.
According to the officers, William was arrested by Scotland Yard police in England between 2008 to 2013 for producing, possessing, and disseminating child sexual abuse material and was released on a bail during the legal process. He, then, flee from England and hid in Thailand for eight years before being apprehended yesterday, June 5th, under a warrant for his extradition dated March 23, 2022, issued by the Criminal Court.
In addition, Chonburi officers found him guilty of overstaying his visa. Chonburi Suppression of Illegal Immigrants officers were working with the British Embassy to extradite him to England once legal procedures were completed.
We recently have covered a similar case of a Scottish fugitive being arrested in Pattaya for possessing indecent images of minors here.
=-=-=-=-=-=-=-=-=-=-=-=-=-=–=–=–=–==-