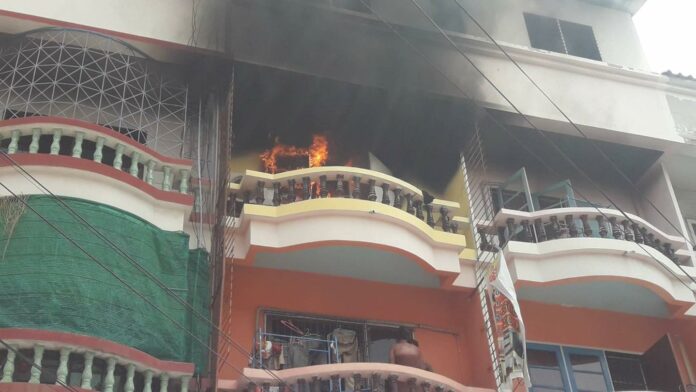 A couple escaped a fire that broke out in their rental apartment on the fourth floor in South Pattaya. The victims said an air-conditioning unit had exploded.

Pattaya firefighters responded today, June 2nd, around midday to a fire report at a 5-storey apartment building located behind Wat Chaimongkol Market in South Pattaya, Nong Prue sub-district, Bang Lamung, Chonburi. One couple was reportedly trapped on a balcony on the fourth floor. 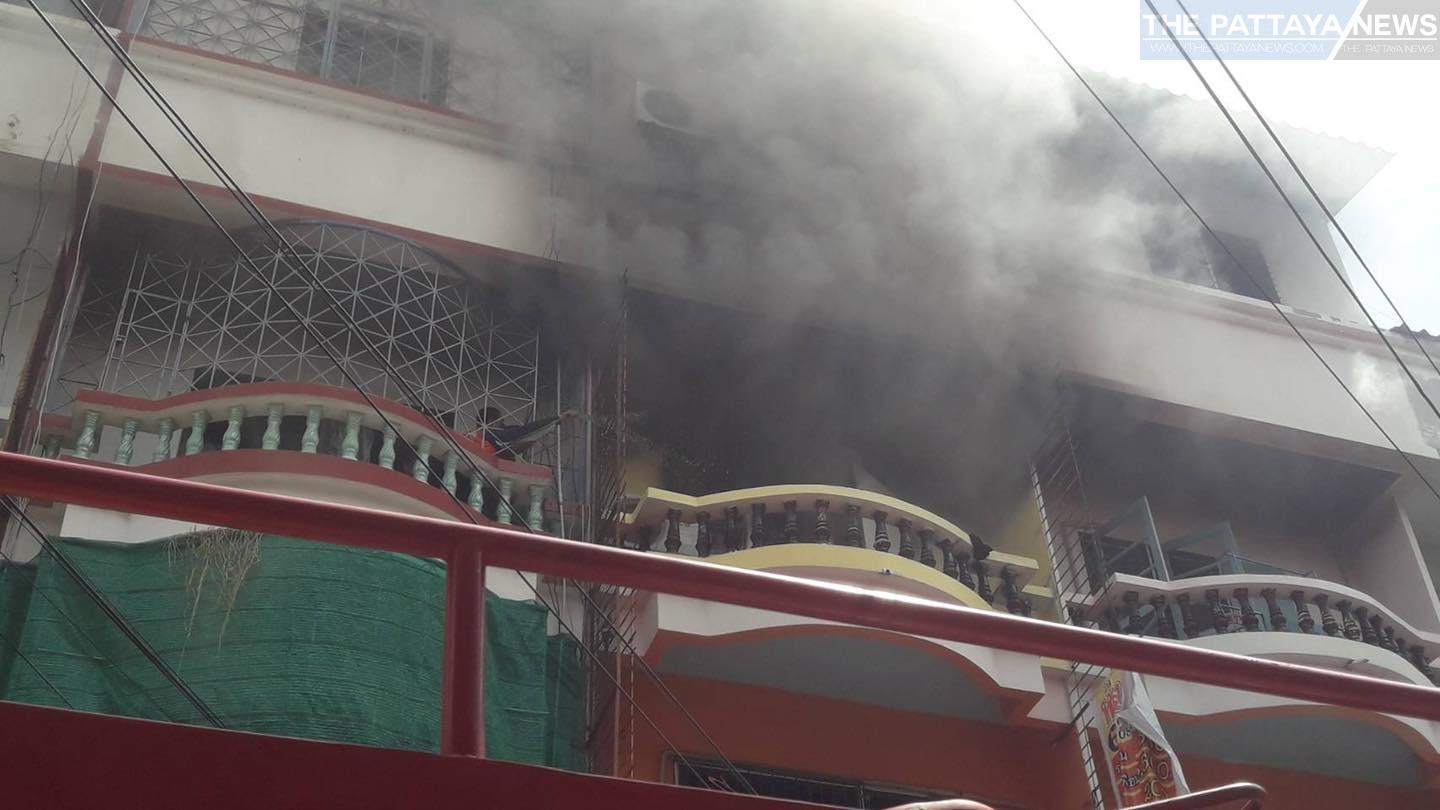 Four fire trucks arrived at the scene to find smoke and fire blazing out of one fourth-floor room. The distressed couple had reportedly already descended down onto the balcony of a third-floor room below them. They sustained no injuries and were rescued by firefighters 20 minutes later after the fire was extinguished. 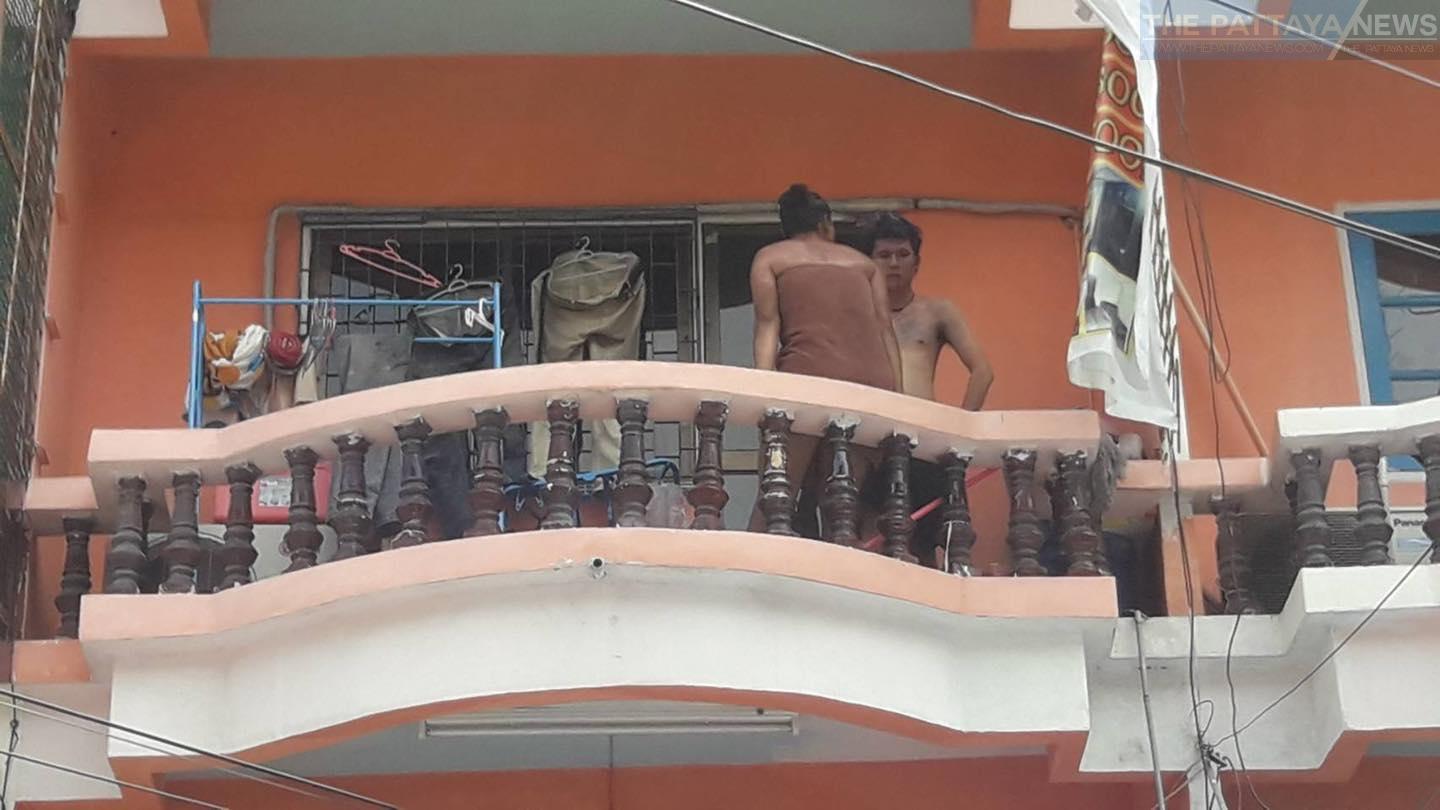 According to a 21-year-old woman and victim, Nilawan Thongsri, she was staying in an apartment room with her boyfriend on the fourth floor when she heard her air-conditioning unit exploding.

Smoke quickly began to fill the room. The couple tried to put the fire out but failed, so they retreated to the balcony and shouted for help before climbing down onto the balcony of the third floor apartment below. According to the apartment’s owner (name and age not provided), there were no tenants from the second to fifth floors. The name of the apartment was withheld by law enforcement.