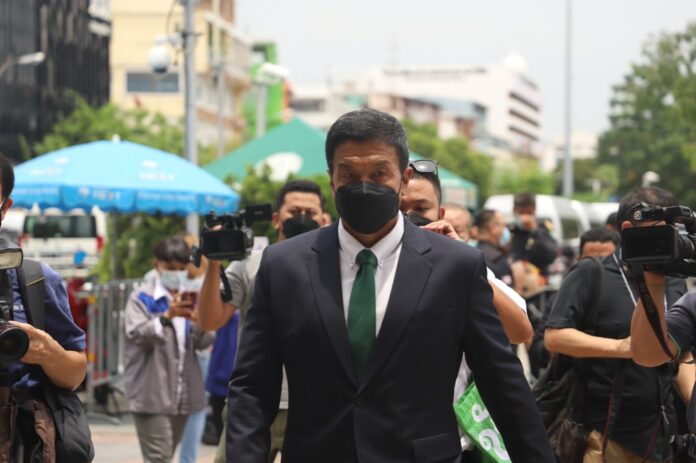 The governor casually revealed his working committee in front of the garden of the City Hall yesterday afternoon after receiving official certification from the Election Commission (EC) as the 17th governor.

A crowd of Bangkok government officers was heard cheering and clapping for Chadchart as he reached the City Hall. He then greeted them and said to the press that he felt warmly welcomed by his ‘colleagues’. The four deputy governors are (1.) Assoc. Prof. Wisanu Subsompon, an Associate Professor of the Department of Civil Engineering, Faculty of Engineering – Chulalongkorn University; (2.) Jakkapan Piew-Ngam, former Deputy Governor in the previous committee of Aswin Kwanmueng; (3.) Assoc. Prof. Dr. Tavida Kamolvej, Dean for Academic Affairs of Faculty of Political Science, Thammasat University; and (4.) Sanon Wangsrangboon, a 33-year-old activist who had been fighting for grassroots in the capital.