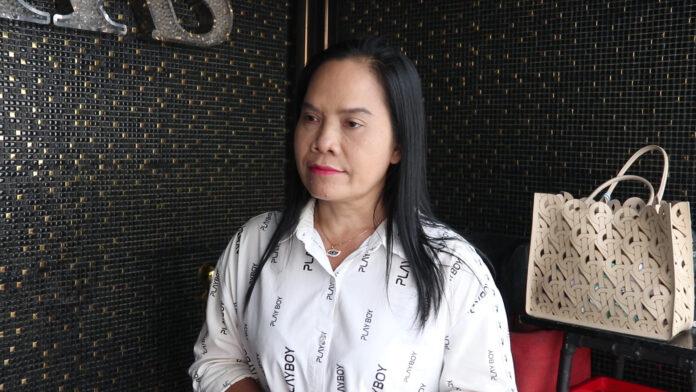 Currently, bars, nightlife, and entertainment venues are open as “converted restaurants” but will legally once again become bars on June 1st in Pattaya and other tourism provinces.

Mrs. Amporn Kaewsang, the owner of an entertainment venue on Walking Street and a prominent member of the Walking Street Business Association, told local media today, May 28th, that she was grateful for Thailand’s Centre for COVID-19 Situation Administration’s (CCSA) approval of a legal reopening of entertainment businesses on June 1st after three years of enforced closure.

Mrs. Amporn said that the number of visitors at Walking Street was significantly increasing, especially Indian tourists whom she anticipated accounted for almost 30% of the tourists on Walking Street, followed by European tourists.

However, Mrs. Amporn expressed concern about the current legal closing hours, which she said did not correspond to the tourist’s behavior who usually came out late at night. According to Amporn, many tourists start their evening out around 10:00-11:00 P.M. The right closing hours should be around 4 a.m., Mrs. Amporn stated. The current legal closing time is midnight, notes TPN media.

Before Covid-19, Pattaya had a legal closing time of 1:00-3:00 A.M. depending on the entertainment zone. However, those special extended times fell under Pattaya’s special administrative zone status, which is currently suspended under the emergency decree still in place to control Covid-19.

The emergency decree was just extended for another two months, until the end of July. This means that any hours extension in Pattaya would, for now, need CCSA approval. If the emergency decree is lifted, hours would become a local mayor and governor’s decision.

To comply with Covid-19 preventive regulations, Mrs. Amporn said that she already had all of her staff undergo an ATK test daily and that they kept a facial mask on at all times. She said that the majority of Walking Street entertainment businesses were ready to reopen on June 1st as well as obey the CCSA’s rules.

The petition will go to new mayor-elect Poramase Ngampiches, the Chonburi Governor, and the CCSA.

Phuket is petitioning for a similar arrangement, notes TPN media, as you can see here.