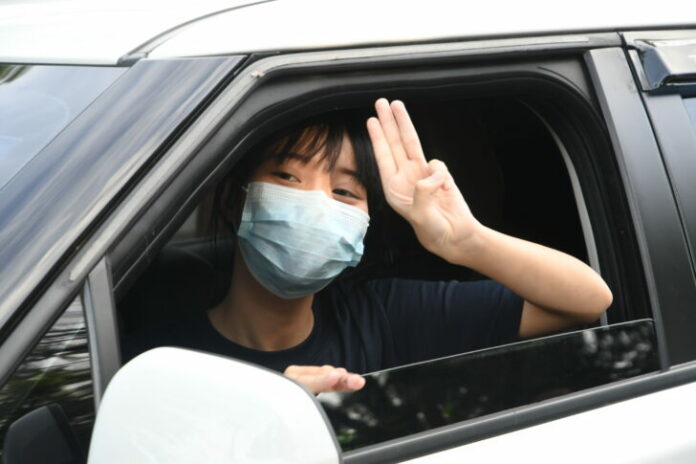 Pro-democracy student activist Tantawan “Tawan” Tuatulanon was granted temporary bail for one month by the Criminal Court yesterday, May 26th, after being charged with lese majeste.

Tawan, who had been on a hunger strike for 37 days (although did take milk and water), was charged with lese majeste for running a public poll on royal motorcades in Bangkok around February. She was arrested on March 8th and began her hunger strike on April 20th while being detained at the prison.

Progressive Party leader Pita Limjaroenrat, who was also her bail supervisor, also was present in the court on Thursday afternoon to hear the decision. The 20-year-old activist was granted bail under several bail conditions. She was immediately delivered to a hospital for a health checkup and treatment.

Under the bail conditions, Tawan is not allowed to leave her residence unless she needed to go to the hospital. She must wear EM bracelets to track her current location at all times and must not take part in any political movement that threatens the law that may cause conflicts in the country, cannot do any actions that offended the monarchy, and cannot leave the country.