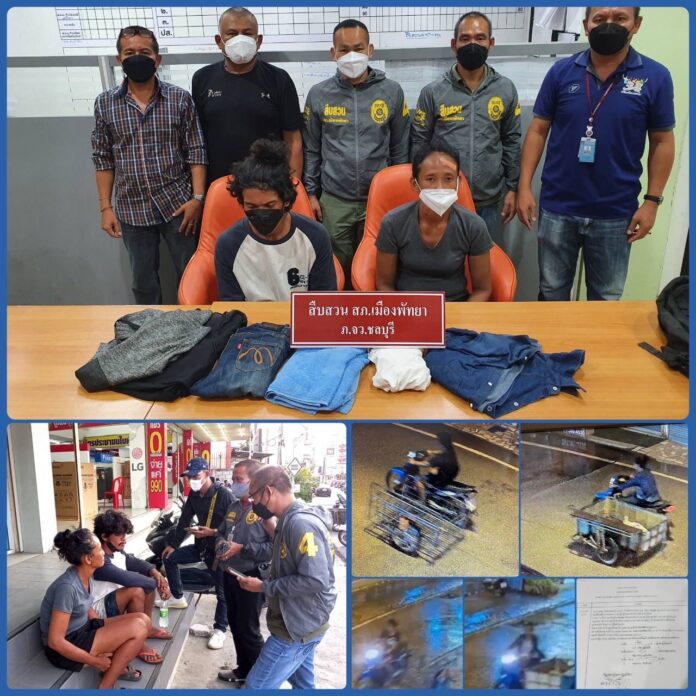 At around 12.19 p.m. Thursday, May 19th, Ms. Wanida Bunyat, 40, appearing on behalf of Mr. Pongsatorn Chotthamnavee (the victim), and Mr. Ruangsak Saraphan, 45, reported to Pattaya police that their motorbike carts had been stolen recently. The first bike was stolen on Soi Mityon in South Pattaya, and the second was stolen on Soi Thepprasit in Nong Prue sub-district, Bang Lamung, Chonburi. Later, police quickly identified the suspects, who appeared to be a couple named Mee Yinsai, 25, and Fon Sakonban, 43. The two suspects were arrested at the Rattanakorn Market’s entrance along with the stolen properties, including a black Honda Wave motorbike cart and a black and blue Honda Wave motorbike cart. The couple reportedly confessed to stealing both bikes for personal use. 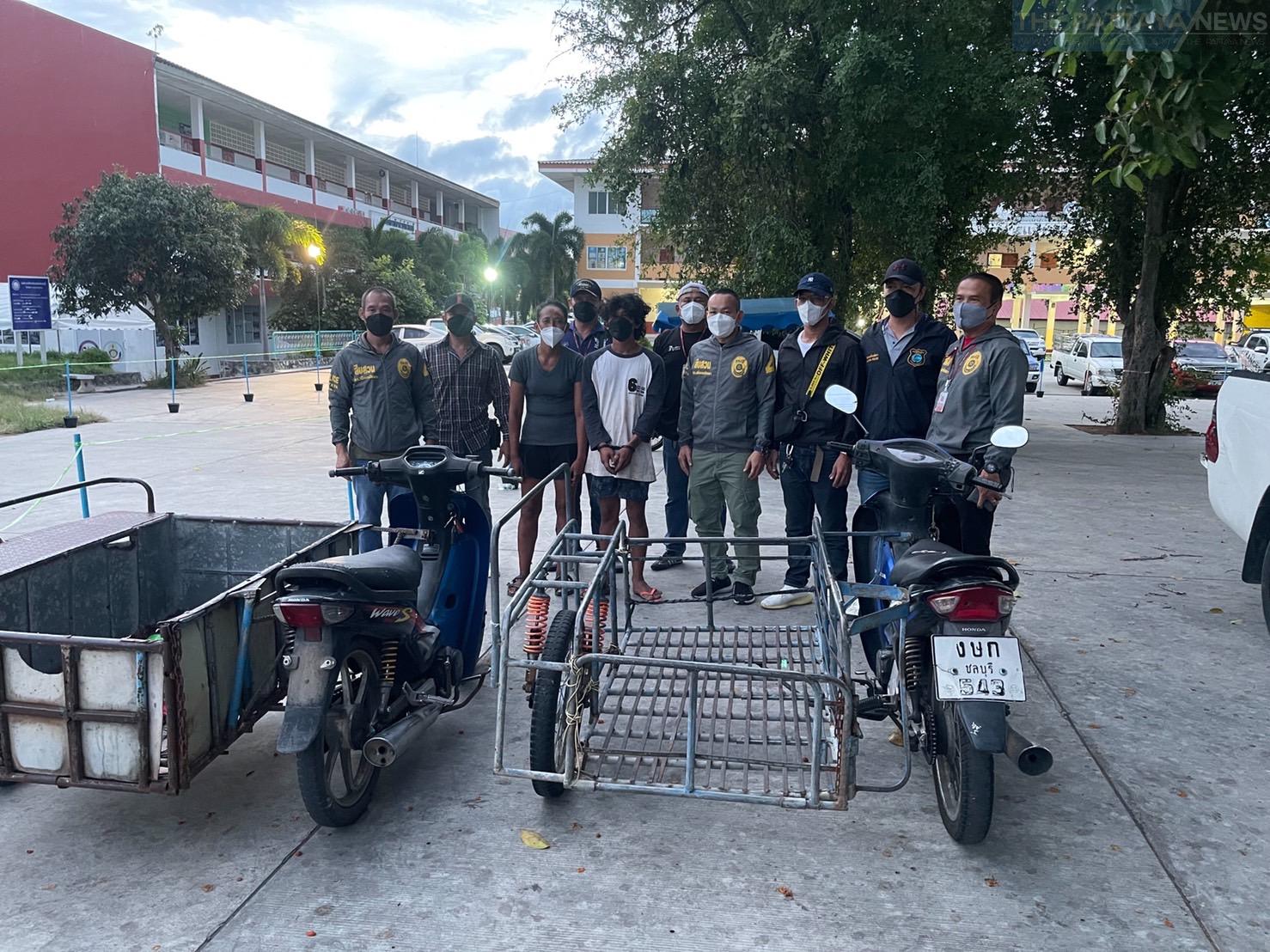 Initially, both suspects were charged with stealing at night and receiving stolen property.