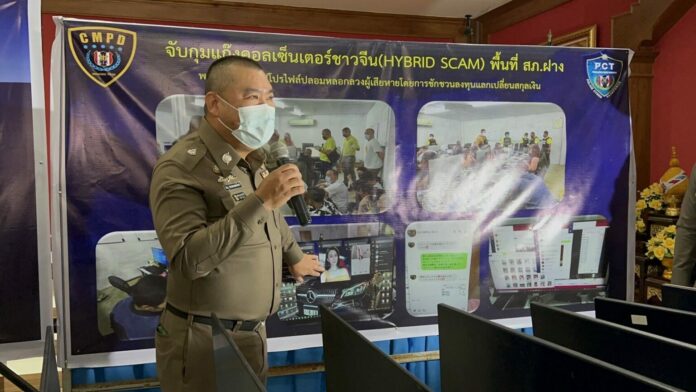 A group of 24 Thai and Chinese suspects was arrested at a resort in Chiang Mai today, May 19th, for reportedly conducting romantic scams among Japanese nationals on an online dating application.

They would start talking in a persuasive conversation, tricking the victims to trust them before telling them to jointly invest in a business by opening an account in the MetaTrader application to enter a fraudulent investment process. Then, there was another group that would create fake data on the platform to trick the victims into believing that they could actually trade real money. Once, the victims did the trading, the alleged scammers would immediately disconnect and disappear.

They were initially charged with conspiracy and importing false and deceitful information into a computer system. All of the 20 Chinese suspects were additionally facing a charge of residing in the Kingdom without permission.