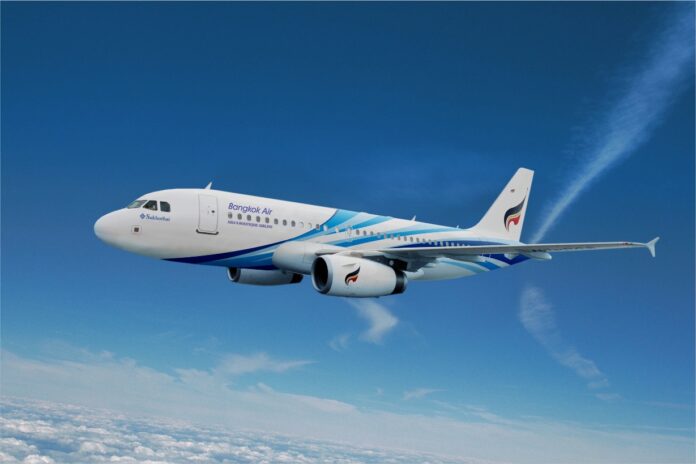 Bangkok Airways (BA) announces its Operating Result for Q1 of 2022. Tourism is expected to rebound, Eye setting up an Airport Trust Fund to raise capital.

Mr. Puttipong Prasarttong-Osoth, President of Bangkok Airways Public Co., Ltd., commented, “For Thailand’s tourism, the international tourism market during January-March 2022 had a high expansion rate when compared to the same period of 2021. This happened despite disruption caused by the crisis of the Russia-Ukraine war, the spread of Omicron and rising global inflation. In addition to that, the overall global aviation industry in the first quarter of 2022 has improved.  This is largely due the easing of covid-19 measures in Thailand since 1 February 2022, which was seen as the main factor.”

“Total revenue for the first quarter of year 2022 was 1,698.0 million baht, increased by 25.1 percent compared to the previous year. The revenue increase was mainly from the escalation of; passenger revenue from airline business by 208.8 percent and airport business by 206.9 percent, respectively.”

“In the first quarter of year 2022, the Company increased flight frequencies to support rising travel demand after the government announced the relaxed travel restrictions and quarantine measures as of February 2022. We increased flight frequencies to some of our popular routes i.e., Bangkok- Samui, Bangkok-Phuket, Bangkok-Chiang Mai, Bangkok-Lampang, Samui-Phuket, Samui-U-Tapao, Phuket-U-Tapoa and Bangkok-Phnom Penh. For this period, the Company carried passengers at 0.4 million, increased by 145.8 percent; while flights operated totaled 5,037, climbing by 104.4 percent compared with year 2021. The overall load factor was 63.5 percent and average fare was at 2,469.6 baht, increased by 31.3% compared to the previous year.”

“For the first quarter of year 2022, the loss from operations was 826.6 million baht, increased by 9.2 percent over the year 2021. That resulted from an increase of 22.3 percent due to rising of the cost of services which included fuel, maintenance and passenger services.

“Some of the significant events that occurred during the first quarter of 2022 included, a launch of two daily flights on the special sealed-route for Bangkok-Phuket in order to support Thailand’s Phuket Sandbox program.  Additionally a launch of flights supporting the Vaccinated Travel Lane or VTL flights from Samui to Singapore, in order to facilitate passengers who were fully vaccinated with no quarantine upon arrival in Singapore,  and the setting up of a new subsidiary company called Bangkok REIT Management Company Limited, with the aim of raising capital,” concluded Mr. Puttipong.