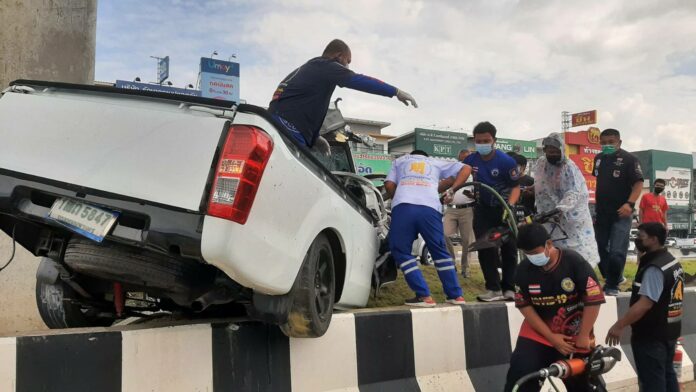 A young contractor crashed his pickup truck into a flyover beam in Sri Racha and sustained serious injuries this morning.

Today, May 17th, Thatchakon Narananya, a deputy inspector from the Bowin Police Station, was notified of a traffic accident on the Mab Eang-Amata City Road, Bowin sub-district, Sri Racha, Chonburi. At the accident scene, the police found a white Isuzu pickup truck stuck over a street barrier with the front having collided with a flyover beam. The driver, later identified as Nuttawut Sanpoakha (35), was trapped in the car wreck, and the rescuers needed to extricate him. He had lost consciousness, so the rescuers performed CPR and transferred him to the Somdet Phra Borom Ratchathewi Hospital. 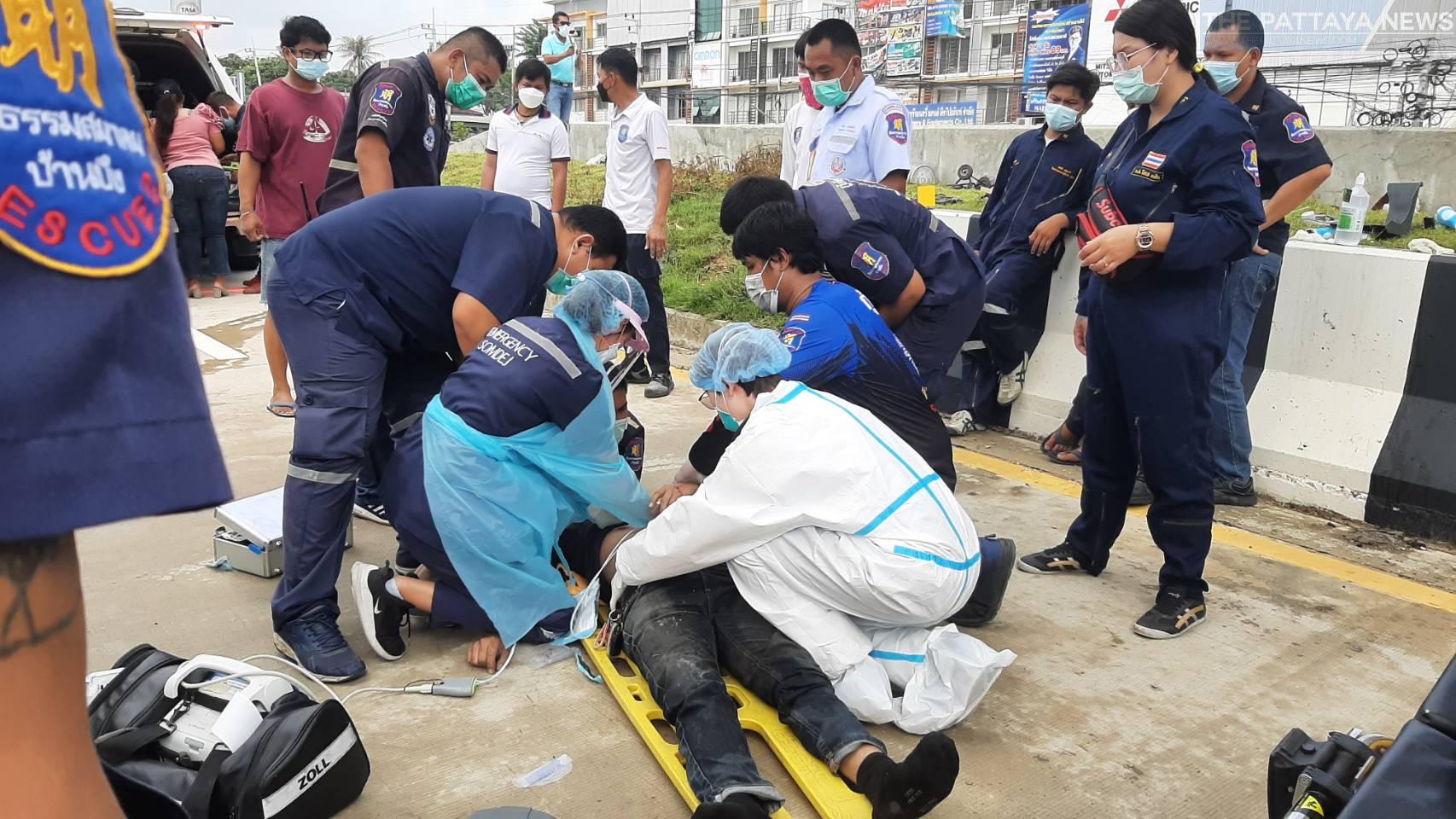 According to eyewitness testimony, Nuttawut was driving at high speeds during the rain at the time of the accident, causing him to lose control of his vehicle and fly over a street barrier and into a beam.

Nuttawut remained at a local hospital in critical condition as of press time.