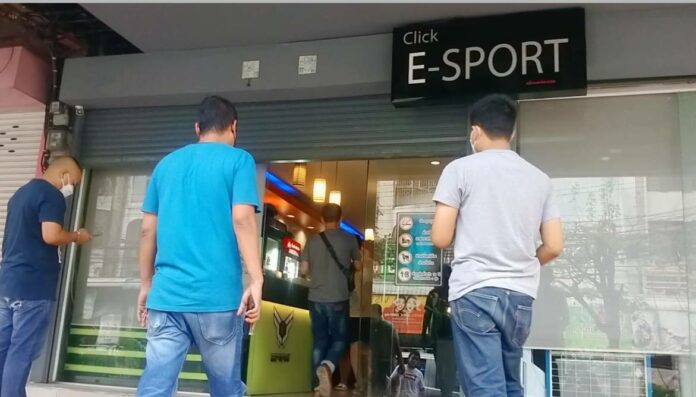 A teenager, 15, was injured in a heated school rivalry fight which included ping-pong bombs in front of an internet cafe in the Bangkapi district, Bangkok, yesterday, May 12th.

Deputy Inspector Tewin Sripua and officers from the Ladprao police station arrived at the scene around 4:30 P.M. after being notified of a teenager’s fight that involved the use of ping-pong bombs and weapons.

Upon arrival, a window glass of the internet cafe and a tile in front of the shop were found cracked and heavily damaged. Ping-pong bomb shells and nails were found scattered nearby. There, an injured teenager, whose name was withheld due to our editorial policy involving minors, was found with a head injury and a stab wound to his stomach. He was rushed to the nearest hospital for treatment. 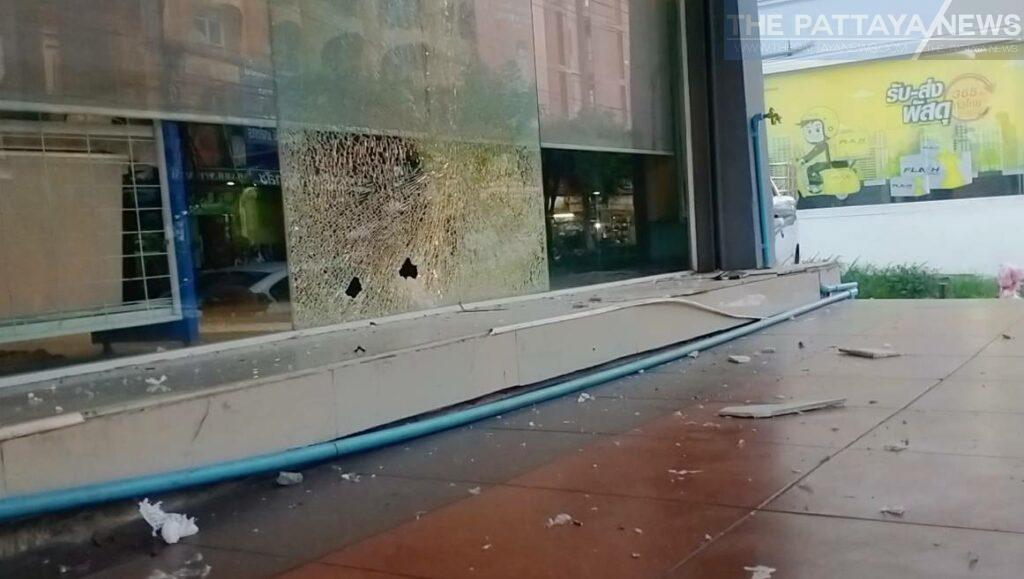 According to local witnesses, a group of three male and three female teenagers were sitting next to the cafe while another group of about 10 teenagers was riding six motorcycles across the cafe, armed with sticks and knives. Some of them reportedly hopped out of the vehicles and approached the cafe group.

Both of them were talking shortly before a young man, who had just parked his motorcycle across the street, immediately walked straight into the group and stabbed one of the boys wearing a yellow shirt. The second group quickly dispersed after the assault.

Friends of the injured teenager arrived at the police station for questioning. Meanwhile, the police would examine the nearby CCTV footage to track down the group of teenagers for legal procedures.