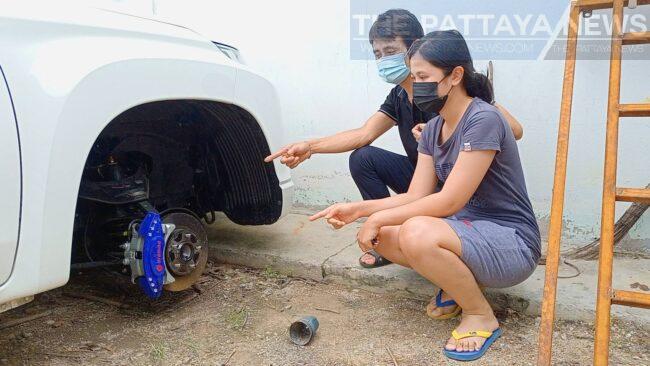 Four alloy wheels reportedly worth 35,000 baht were stolen from a pickup truck belonging to a factory worker in Sri Racha.

Around 1.00 p.m. yesterday, May 12th, Dansak Pooldee, an interrogator at the Nong Kham Police Station, was notified of a thief/thieves who had stolen alloy wheels from a pickup truck on Soi Sakkrapok, Bueng sub-district, Sri Racha, Chonburi. 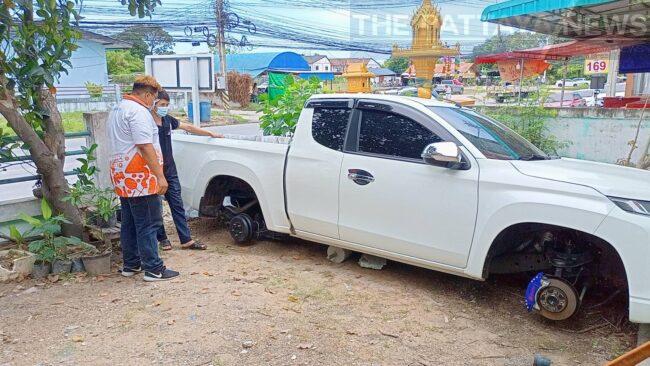 The male victim, Wattana Sareetham, a 30-year-old factory worker, told The Pattaya News reporters in grief that his four alloy wheels worth 35,000 were stolen from his white pickup truck parked in front of his rental room. Wattana said he previously exchanged the old wheels for money in order to purchase the alloy wheels and that he had only purchased the car four months ago.

Wattana also stated that he did not have the funds currently to replace the wheels and sincerely hoped police would catch the suspect. 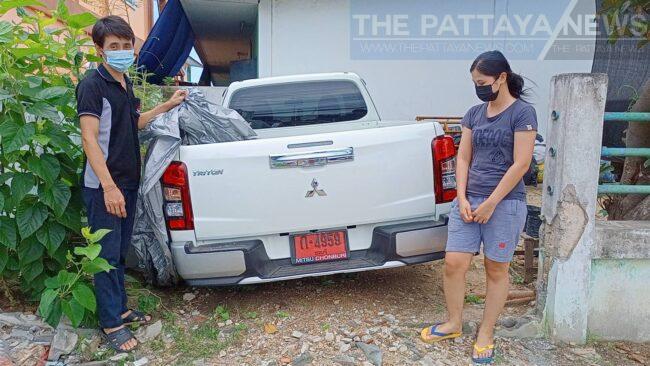 Nong Kham police told The Pattaya News that there must have been at least two suspects based on early review because it took a lot of time to remove all the wheels. Initially, relevant officers would review security footage to attempt to trace the suspects.