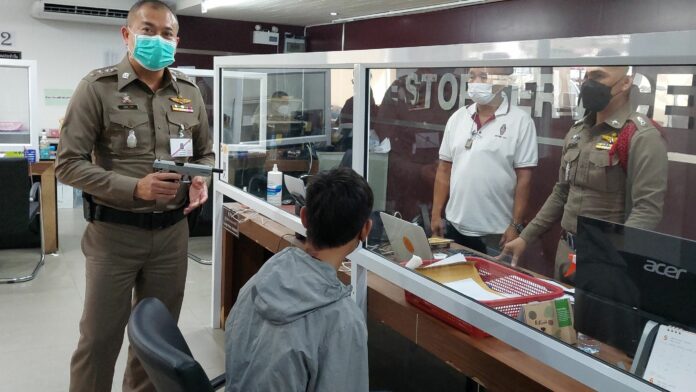 A man who blatantly pointed a gun at an 18-year-old girl’s face reportedly surrendered himself at the Pattaya Police Station.

First, the previous story as a reference:

An 18-year-old woman was terrified after her ex-boyfriend blatantly pointed a gun at her face in public with multiple eyewitnesses in Bang Lamung last Monday, May 9th.

At 5.30 p.m. yesterday, May 10th, the superintendent of the Pattaya Police Station Kunlachart Kunlachai revealed to TPN reporters that Pattaya police did not overlook this frightening incident and tracked down the suspect for the entire night until the suspect, identified later as Chanat Naknil, 25, from Nakhon Ratchasima Province eventually surrendered himself at the Pattaya Police Station due to police pressure. He also brought a BB gun which he claimed he used to threaten the girl, who he said was his ex-girlfriend. 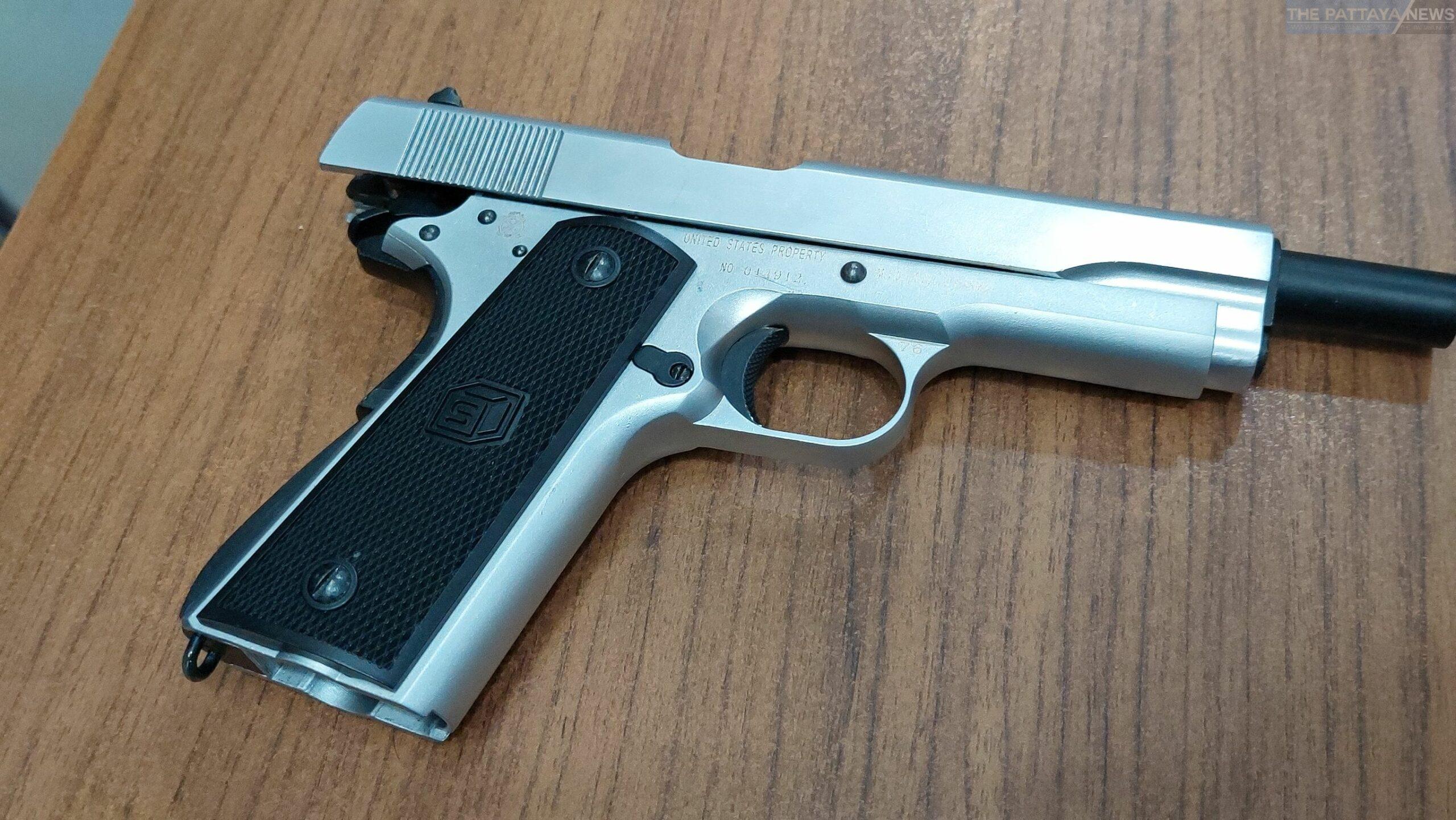 Chanat testified that he was driving around when he came across the girl by accident. The gun was actually a BB gun that belonged to his grandchild, so he pointed it at her, intending just to scare her, and did not think the situation would escalate or that it would scare nearby bystanders and pedestrians. Chanat was waiting for further legal proceedings as of press time. The superintendent Kunlachart Kunlachai told TPN reporters that police were paying extra attention to firearm incidents because of the impending Pattaya mayoral election on May 22nd.