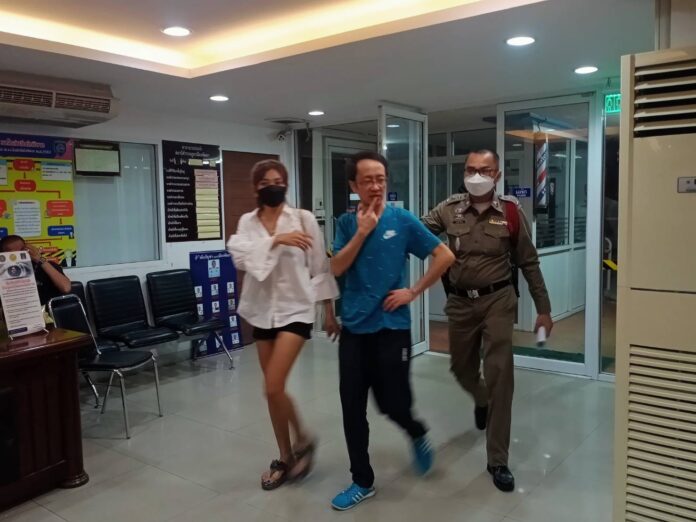 An allegedly drunken foreigner got into a car crash with famous Thai ex-convict Youtubers in Bang Lamung. The foreigner reportedly objected to an alcohol test at the accident scene. 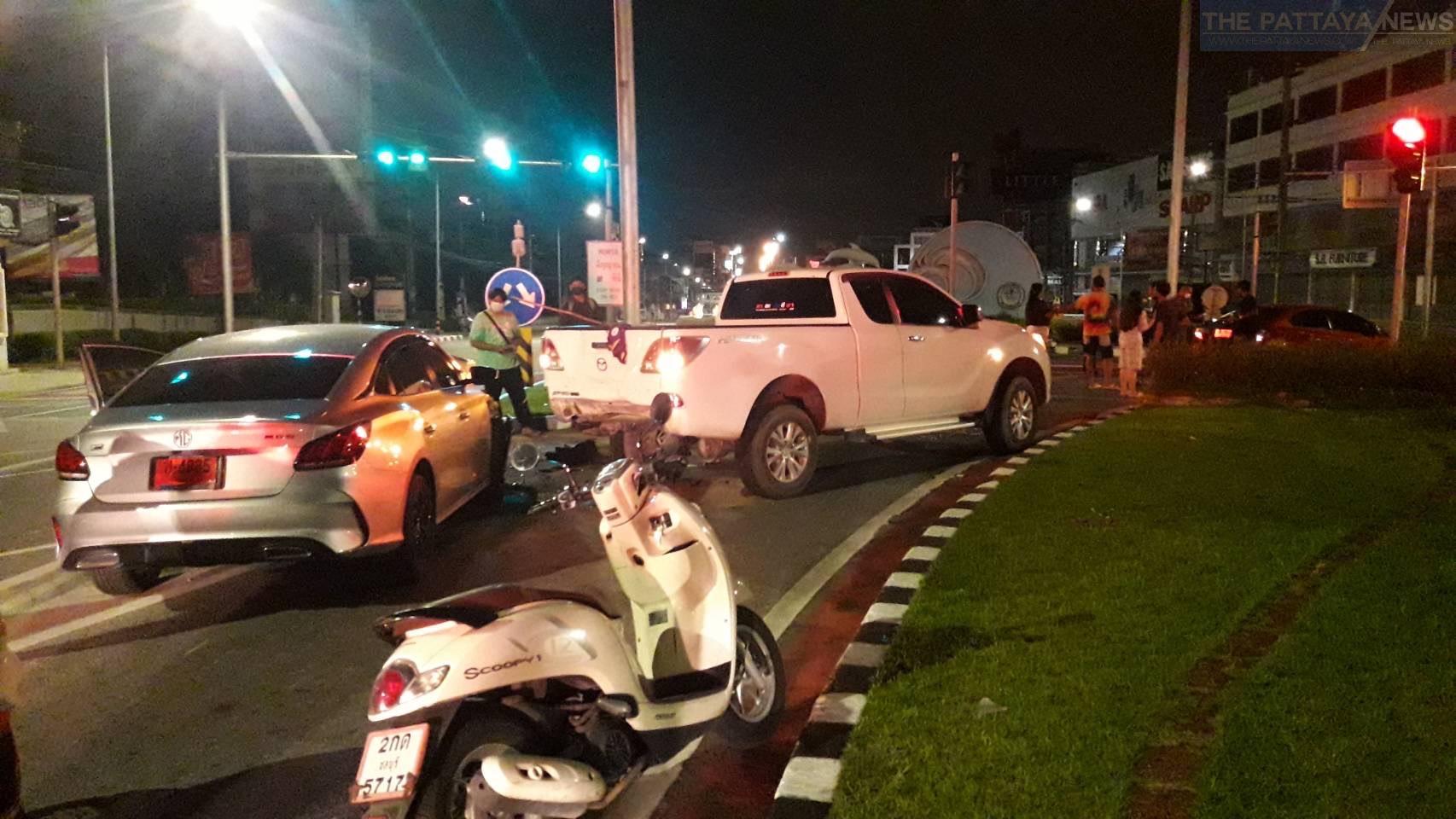 The police found a bronze MG sedan with a demolished front. The driver was identified as Yee Hoi Wong. The second vehicle was a white Mazda BT 50 pickup belonging to a 49-year-old driver, Jarapas Sirirak. The last car was a Honda Civic sedan with Panuwat Sirichai or “Meng Pakdam” identified as the driver and Tada Boonphan or “Est Romklao”. The two were well-known ex-convicts and Youtubers, according to the report. All victims sustained minor injuries.

According to Panuwat’s statement, he was waiting for a green light at the intersection when he suddenly heard a car brake behind him and got crashed in the rear by a pickup behind him. When he exited the car, he saw that Yee Hoi Wong, whom he claimed seemed heavily drunk, was the one who caused the accident, crashing into two other vehicles. 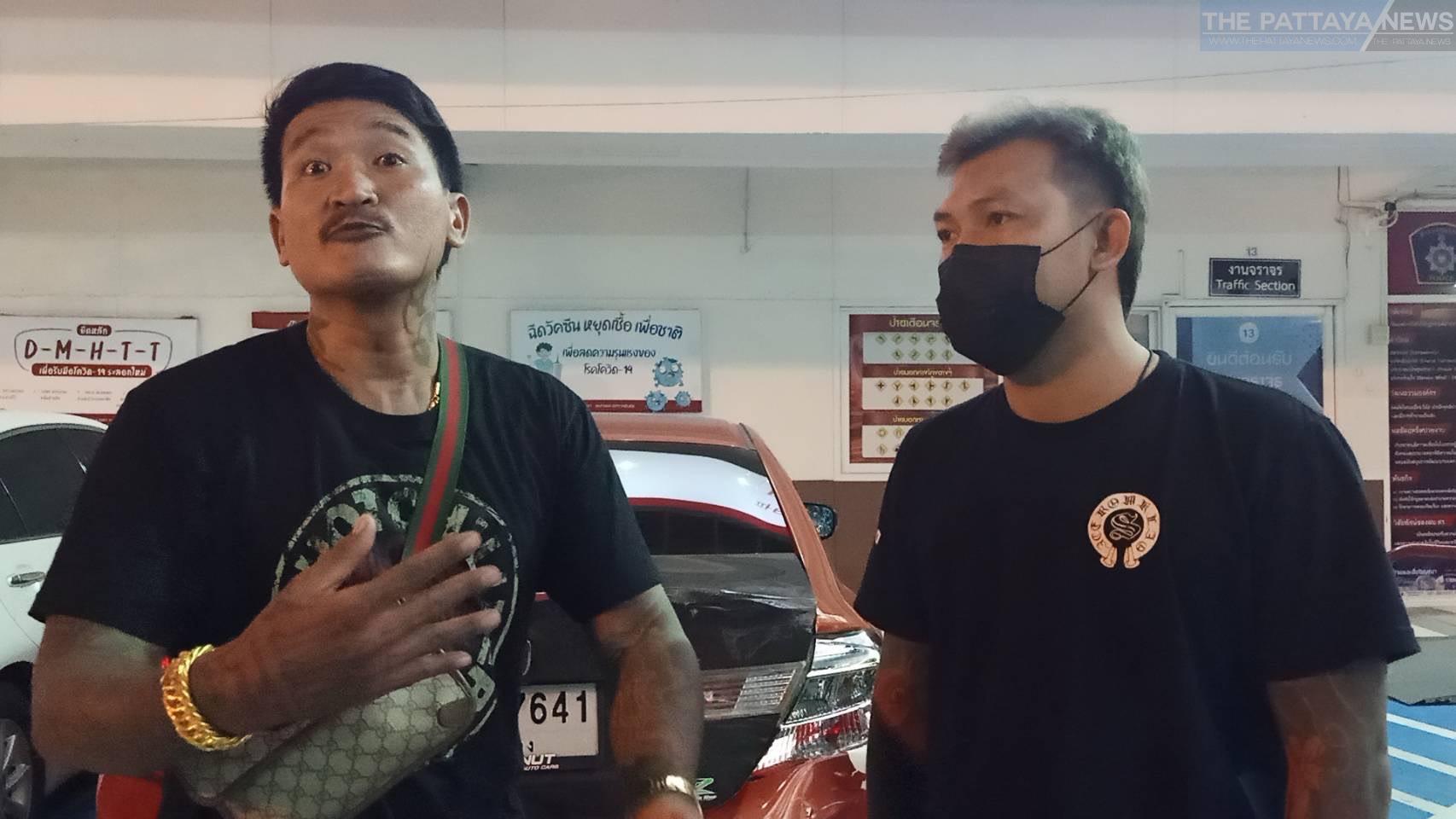 According to another victim, Jarapas, he described the same details and confirmed that, according to him, Yee Hoi Wong was drunk. Jarapas said he did not know the famous YouTubers and was surprised to see many people ask them for pictures at the accident scene.

Initially, Deputy Inspector Thanongsak Inphadung detained Yee Hoi Wong to await the blood alcohol testing result because he reportedly objected to a breath alcohol test at the accident scene. The inspector, however, said he would check the security footage to be fair for all parties.

Mr. Wong declined to speak to the press at the scene of the accident. It was not clear if he had obtained the services of a lawyer as of this afternoon.