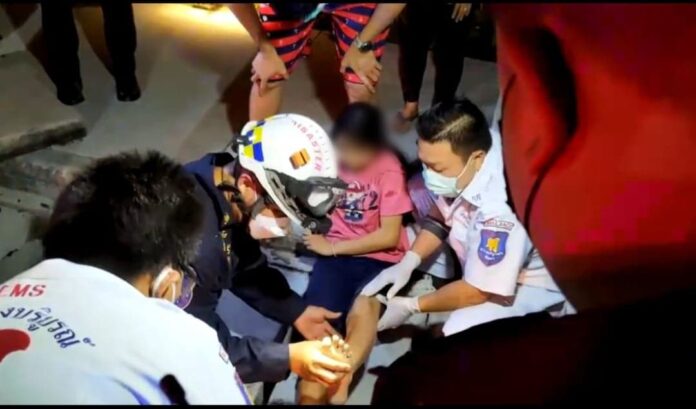 A 12-year-old girl got her leg stuck in a gutter in the Pattaya area at a hotel parking lot over the past weekend. Emergency responders successfully unstuck her with no injuries, however, the incident has led to a renewed discussion on Thai social media about road conditions in Pattaya.

At around 8.30 p.m. on Friday, May 6th, Pattaya Sawangboriboonthamsathan emergency responders were notified that a 12-year-old girl got her leg stuck in a gutter at a hotel parking lot in the Nong Prue sub-district, Bang Lamung, Chonburi. The name of the hotel was withheld pending a future investigation and due to Thai law. 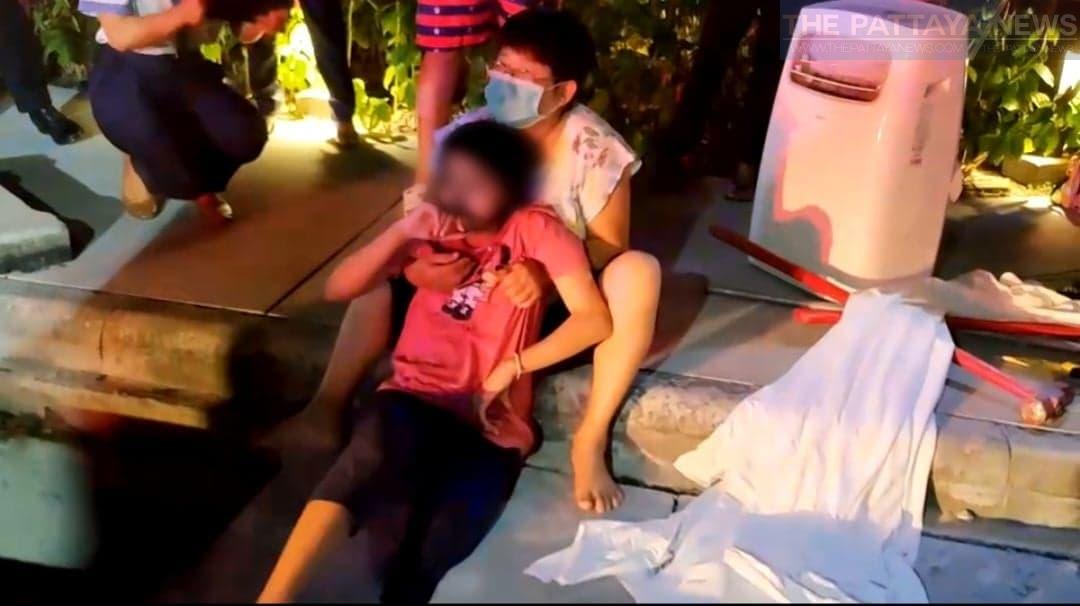 The girl, the officers told TPN media, was pale and scared, but the officers were able to extricate the gutter’s lid and free her leg without any injury. The girl then was transferred to a nearby hospital.

She had been walking through the parking lot when she appeared to fall into the gutter, which some bystanders claimed was not properly sealed.

The incident led to a widespread discussion on Thai social media about road gutters and construction in the Pattaya area, with many concerned that the conditions of sidewalks, parking lots, and roads in many parts of the city were not acceptable. TPN media notes that all four Pattaya mayor candidates have addressed road issues in recent speeches and plan, if elected, to make this a top priority.

Some areas, such as Walking Street, have seen major work take place over the past week to fill holes and repair broken areas left over from prior construction. On May 1st the unpopular test and go program was lifted, allowing easier access to Thailand for international tourists. With the increase in tourists, however, comes a renewed focus to repair roads and sidewalks throughout the city of Pattaya.

The prior mayor, Sonthaya Khunplume, said the many road issues and construction problems in Pattaya were primarily due to issues with contractors who had work delayed due to Covid-19 restrictions over the past two years and were not the direct fault of the city.

The election for mayor in Pattaya is scheduled for May 22nd.